The group’s exuberance makes it easy to like, an enthusiasm that is compounded by the quality of its live shows and its recordings. 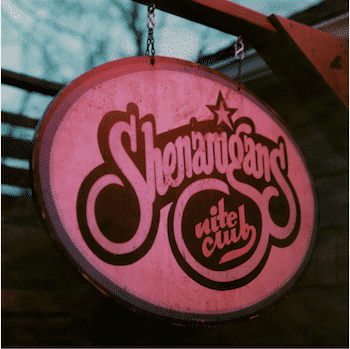 Some positive arts stories came out of the pandemic: for example, the well-deserved but oddly timed rise of the band Goose. The Connecticut group was already on a roll before the COVID-induced shut down. The groove ‘n’ jam outfit built on that success through 2020, thanks to organic and social media buzz generated from live shows that — because venues were shuttered — the band streamed from a barn. Eventually, Goose began performing socially distanced concerts along the East Coast last fall.

As a sign of how quickly Goose’s profile rose as other bands struggled to survive, consider this: the troupe was jazzed in early 2020 to learn it had sold out lil’ old Brighton Music Hall in Allston for a pair of shows. Those gigs were cancelled — along with the rest of Goose’s ambitious touring plans that year. Yet the band ended 2020 on an upbeat: performing on the roof of Rockefeller Center in NYC for a live broadcast promoted and produced by jam-band impresario Peter Shapiro.

Goose continues to thrive with the release of the album Shenanigans Nite Club. Typically, groups like Goose cultivate fans on the strength of their live shows. Their studio albums rarely match the heat that spreads from the stage.

What Goose did here was smart. There is no attempt to replicate the live experience, but to take advantage of the studio setting by crafting a more modulated sonic voyage. What remains the same is Goose’s expansive musical tastes. Shenanigans Nite Club touches on everything from quick-picking country to swinging jazz to throbbing R&B to various shades of experimental pop. But here the band turns away from being content to build up to exhilarating peaks via improvisational jams; instead, closer attention is paid to the troupe’s songs and songwriting. The album successfully sets up  dramatic twists and turns.

As much as Goose likes to go off on improv-driven tangents, the band can structure sprawling epics, such as “Madhuvan,” a song rooted in Hindu holy writings whose notions about the nature of happiness are strikingly contemporary. The song soars. Yes, live performances of the song, where it was driven by multiple solos and jams, has shaped what we hear on the record. But the version on Shenanigans is more than a rousing set piece — it repays multiple listens.

“Spirit of The Dark Horse” is another track that showcases songwriting. It was the first tune the group composed after it came together in 2016. But, interestingly, it has only been performed live a handful of times. The tune was left off of Goose’s debut album Moon Cabin and subsequent EP recording Night Lights. Whatever the reason for the wait, “Spirit of The Dark Horse” sounds right at home among the fresher tracks and concert staples that make up Shenanigans Nite Club. The song is a moody ballad that builds slowly and then morphs into its instrumental complement “(7hunder),” where the band goes into full-on jam mode — before returning to the mellower “Dark Horse” motif.

That thoughtful stretch of music precedes the album’s big closing number, “The Labyrinth,” a 12-minute instrumental jam that journeys through several sections, each evoking its own distinctive mood. As Goose carves out its own legacy, it can’t help but nod in the direction of prog-rockers of yore.

But this ambitious album isn’t all proggy jams. Things kick off with the slinky disco groove of “So Ready,” and revs up plenty of joyous energy with the arrival of the quick-picking party twang of “Flodown.” Other genres are absorbed into the mix: the psychedelic chamber-pop of “(dawn)” and the loping blues of“SOS.”

No one song confines itself to a single genre. Drummer Ben Atkind and percussionist Jeff Arevalo approach their jobs more like jazz musicians than rockers, creating subtle shifts in beats that open up eclectic lanes for the other players to travel down.

And, when given the opportunities for some inspired soloing and group interplay, guitarist Rick Mitarotonda, keyboard and guitar player Pete Anspach, and bassist Trevor Weekz seize them. Mitarotonda’s gauzy lead vocals are a signature element in Goose’s sound while Anspach’s vocal harmonizing, along with his occasional leads, add considerable texture.

Goose hasn’t exactly stumbled from out of nowhere. These guys were banging it out in clubs in various other outfits before the band’s current lineup was solidified. The group did the requisite woodshedding as an opening act and small-print artist at bigger music fests.

What has created Goose’s swelling fan base as other groups struggle? The troupe’s exuberance is appealing, an enthusiasm that is compounded by the quality of its live shows and its recordings. This is not only a likeable band — but a durable one.

Goose is back for concerts in New England on June 11 at Northlands in Swanzey, N.H. and June 12 and 13 at the Westville Music Bowl in New Haven, CT. Goose will also be headlining shows on October 30 and 31 at The Palladium in Worcester.