Why this team-up? Other than that both Luciana Souza and the Yellowjackets have been nominated for multiple Grammys?

You may wonder why for its November 9 concert at Berklee Performance Center Boston’s Celebrity Series has put together the superb jazz vocalist and composer Luciana Souza and the veteran L.A.-based  jazz group Yellowjackets, whose roots stretch back to the late ’70s. Souza has made her name with a dozen albums that draw from a range of sources—her Brazilian roots, her love of poetry, wordless vocalizing, and the musical language of jazz. The Yellowjackets, the brainchild of guitar hero Robben Ford, keyboard wizard Russell Ferrante, drummer Ricky Lawson, and bassist Jimmy Haslip, started out as a guitar- and keyboard-driven funkified jazz band in the heyday of fusion. Over the years, the guitar was replaced with sax, the band incorporated a more contemporary jazz sound, and members came and went; the current lineup is Ferrante on keys, Bob Mintzer on sax (since 1991), William Kennedy on drums (1987­–99, rejoined in 2010), and Dane Alderson on bass (since 2015). 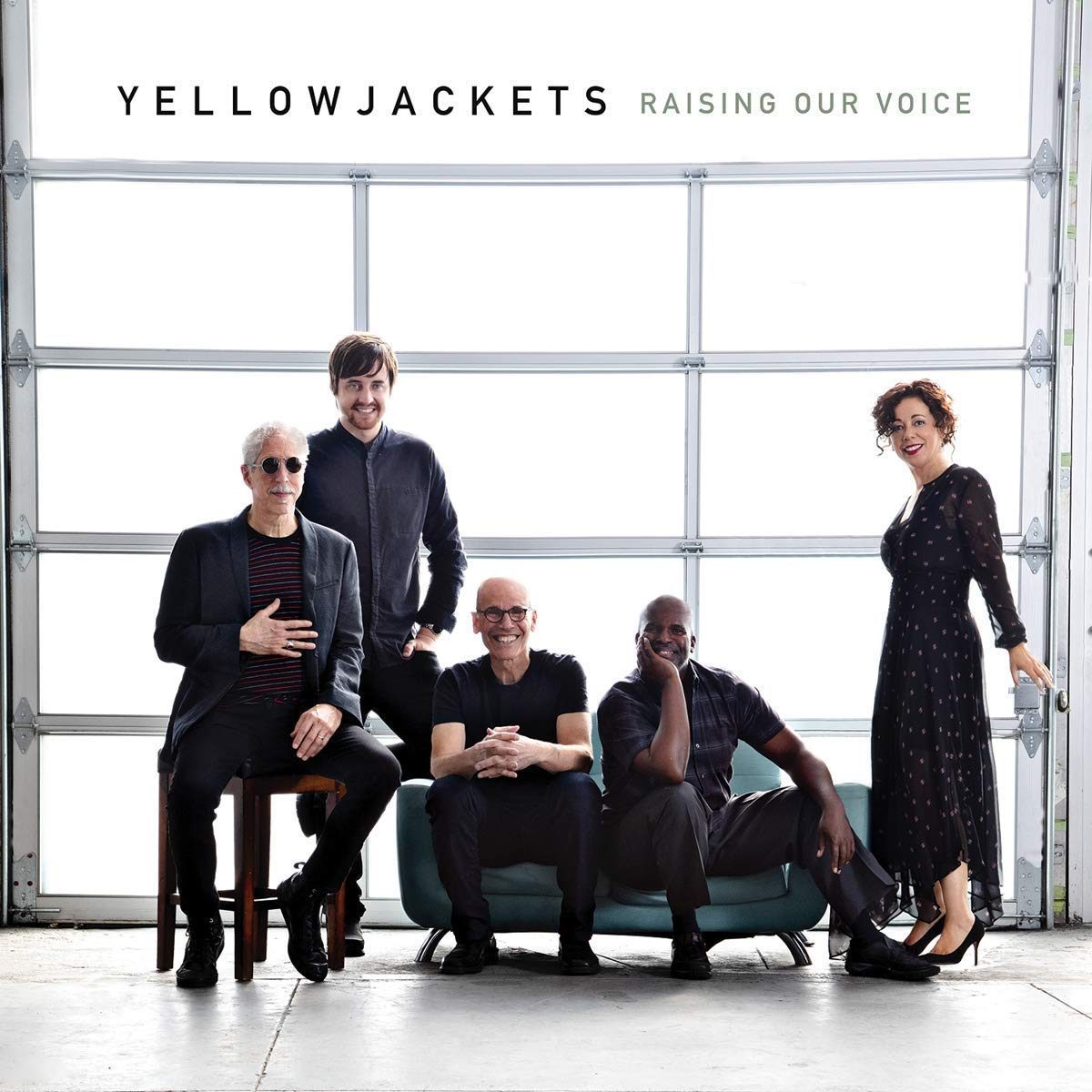 So what’s the connection, other than that both acts have been nominated for multiple Grammys? That would be the terrific new Yellowjackets release Raising Our Voice (Mack Avenue), which features Souza on 7 of its 13 tracks. How did these two very different types of jazz acts came together? In a phone conversation, Souza explained that it was pretty simple. “They invited me,” she said. She’d known Mintzer for many years—they had taught together at the Manhattan School of Music before both decamped for Los Angeles. Ferrante she had met at various events in the L.A. music scene. Initially she was invited to add her voice to a couple of tunes, but as the album took shape, her contributions grew. Her solos and doubling of instruments—piano, sax, bass—with wordless vocals brought a welcome textural change from the precise instrumental sounds of the tight quartet; as she described it, “Anybody who brings a voice into an ensemble like that is looking for that natural imperfection, a kind of impurity that the voice has, unlike, say the sax.”

In addition, Souza wrote two songs with Ferrante, who has collaborated with other vocalist/lyricists, including Brenda Russell and Lorraine Feather. The ballad “Quiet” started as a song in progress by Souza, fleshed out together with Ferrante and with her lyrics in English and Portuguese. Ferrante sent her the faster (but not much) “Solitude,” for which she penned a Portuguese lyric whose listlike refrain repeats in varying order oppositions such as entradas (entrances) / saídas (exits), verdades (truths) / mentiras (lies), while Mintzer’s sax swirls and punctuates.

That lyric’s reflective tone reminded me of Souza’s most recent project as a leader, and the other half of what promises to be an exciting concert program. The Book of Longing (Sunnyside) is a collection of poems by Leonard Cohen, Christina Rossetti, Edna St. Vincent Millay, Emily Dickinson, and Souza herself, which she set to music (see my ArtsFuse CD review). It’s a beautiful, contemplative song cycle, realized with the exquisitely attuned interaction between Souza and her musical partners, guitarist Chico Pinheiro and bassist Scott Colley, who will join her on Friday night. Souza says that in Pinheiro, her fellow native of São Paulo, she found exactly the sound she was looking for; he is someone who can do “simple and sophisticated,” whose playing is “modern and fluid,” and who brings both a Brazilian sensibility and a deep knowledge of jazz. Colley, the eminent bassist, has contributed to many of Souza’s projects, going back to 2003’s Grammy-nominated North and South.

The concert will feature a number of songs from The Book of Longing, along with selections from the Brazilian repertoire she is well known for. And the Yellowjackets will draw from their ample catalog, as well as from Raising Our Voice. As Souza pointed out, the evening will offer Boston audiences and students of jazz the opportunity to experience an intriguing contrast, between the “spare, almost skeleton-like” interplay of voice and strings of her project and the “very dense, thick, arranged” sound of the Yellowjackets. The common denominator, of course, is Souza herself. It should be quite a night.

Evelyn Rosenthal is a singer specializing in jazz and Brazilian music, a freelance editor, and the former editor in chief and head of publications at the Harvard Art Museums. She writes about musical theater and music for the Arts Fuse.