Pianist Benjamin Hochman is a musician who’s interested in insightful programs that can be provocative, speak across centuries, and engage the mind as much as they delight it. 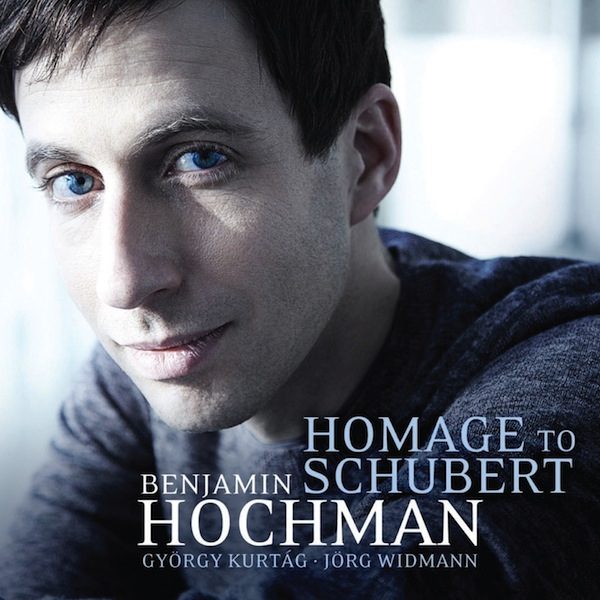 Winner of the prestigious 2011 Avery Fischer Career Grant, pianist Benjamin Hochman is easily one of the most thoughtful and compelling young pianists on the scene today. And his new album from Avie Records demonstrates just why: he’s a musician who’s interested in insightful programs that can be provocative, speak across centuries, and engage the mind as much as they delight it.

Such is the case with this substantial disc that includes two Schubert piano sonatas (no. 13, in A major, and no. 17, in D minor) paired with works by György Kurtág and Jörg Widman.

In both sonatas, Hochman’s playing is fresh, incisive, and exciting. He has a firm grasp on the big, expressive arcs that make up both pieces (especially the D major), but his attention to detail in the little things is what leaves the biggest impression: his precise articulation of the tied, dotted figures in the D major Sonata’s scherzo, for instance, and his haunting realization of the refrain of the A major Sonata’s enigmatic middle movement help bring this music viscerally to life.

What really makes this disc most notable, though, are the two pieces Hochman pairs with the sonatas. Hommage à Schubert, Kurtág’s questing miniature, unfolds in just over a minute, it’s pungent chords and enigmatic phrasings at once familiar and unsettling.

Widman’s Idyll und Abgrund is subtitled “Schubert-Reminiszenzen” and features plenty of recognizable allusions to Schubert melodies. But they’re all viewed through a kind of refracted 21st-century lens that incorporates all kinds of contemporary features – odd phrasings, chromatic harmonies, even some extended techniques (check out Hochman’s whistling in the fourth movement) – intruding on these charming tunes. The result is impressively touching, filled with humor, charm, and pathos; not unlike, in fact, a lot of Schubert’s best music. Hochman plays it all fearlessly. 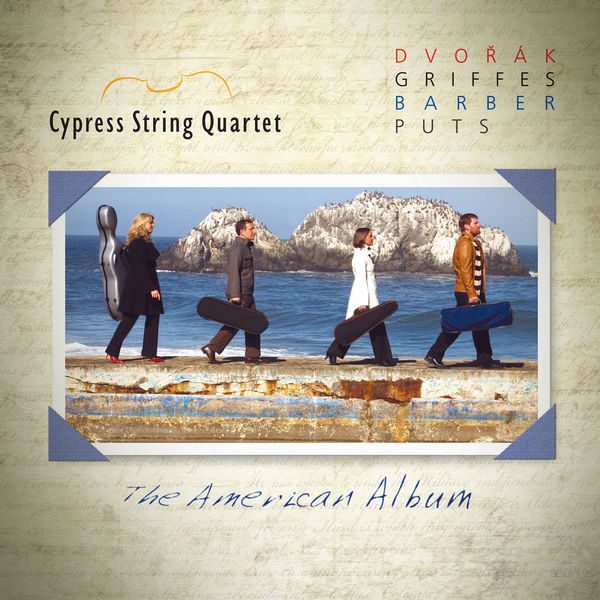 Hand it to the Cypress String Quartet for 1) managing a terrific performance of Dvorak’s overplayed “American” Quartet and 2) creating a disc (The American Album) on which the most familiar piece (the Dvorak) isn’t the main draw: it serves as an introduction to the program on the rest of the album (from Avie Records).

The theme here is American string quartets, and the Cypresses cover significant terrain: Samuel Barber’s unfortunately neglected String Quartet in B minor nicely balances the Dvorak (in truth, the piece isn’t completely overlooked: the slow movement is the original version of Barber’s “Adagio for Strings”), and shorter pieces by Charles Griffes and Kevin Puts fill things out very satisfactorily.

The Barber Quartet is a very well written piece and, if you know the composer’s early music (the symphonies, Violin Concerto, and First Essay for Orchestra), you’ll probably recognize Barber’s distinctive lyrical craftsmanship. The Cypresses are attuned to its every shifting mood and deliver a confident, sensitive performance. It’s especially nice to hear the slow movement in its proper context.

Charles Griffes’ Two Sketches Based on Indian Themes is, in concept, a striking piece (how many works for string quartet – or in any classical genre, for that matter – utilize American Indian music?), though Griffes’ handling of the material is decidedly tame: this is very clearly music that’s being viewed through a Western eyes; there’s no transformation of the source music, a la Bartók. Even so, it’s a welcome curiosity that receives an attentive performance, mournfully lyrical in its first, slow movement (with strong attention paid to the music’s rhythmic profile) and filled with sprightly vigor in its lively second half.

Meanwhile, Kevin Puts’ Lento Assai isn’t based on outside musical material: it simply follows a very clear three-part form, beginning with hazy, slowly unfolding chords. Intensity and instrumental range pick up in the middle section before the harmonic progressions returns to round things out. It’s not the most distinctive piece for string quartet – Barber’s “Adagio for Strings” seems an obvious model – but there’s nothing particularly offensive about it, in part because it gets such a committed performance from the Cypresses.

As for the “American” Quartet, it brims with youthful energy and plenty of high spirits. But the Cypresses also tap into the music’s darker, nostalgic impulses (especially in the slow movement) with impressive intensity. It’s enough to make you not question, at least for a moment, whether or not we really need another recording of this piece.