You are here: Home / Books / Book Review: “The Old Priest” — Exquisite Stories About Being Human

This small but important book is a collection of stories about being human. It explores, even probes, the inner recesses of its characters without pretense or flamboyance. 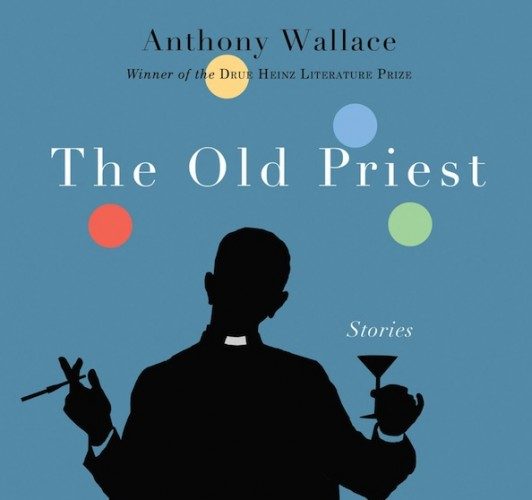 Once in a great while a book comes along that defies all your expectations. It is about Catholics and you are Jewish, it exhibits a familiarity with the world of gambling and you have never been to a casino anywhere, let alone Las Vegas, it portrays people always yearning for something better in their close relationships and you have been in a long, contented marriage. Yet because of the unique and assured voice, the sparkling prose, and the unflinching honesty with which these characters are presented, you keep reading with mounting interest. And what is finally so impressive is that this author trusts his readers and doesn’t need to hit us over the head to make sure we get the point or his references to pop and literary figures. By the end you are reminded of the excitement you felt when you finished Dubliners or Grace Paley’s The Little Disturbances of Man or William Trevor’s Nights at the Alexandra for the first time. In short, you are hooked and wishing for more.

This is what happened when I read the 2013 winner of The Drue Heinz Literature Prize, The Old Priest by Anthony Wallace, who teaches at Boston University and is the codirector of Arts Now, a curriculum-based initiative to support the arts there. The title story, which won a Pushcart Prize, is the longest, really a novella, with the range of a novel in that it conveys the whole of the priest’s life and the narrator’s part in it. It is written in the second person (the pros and cons of which come up in the body of the story), a form that usually makes me uncomfortable, yet this time seems absolutely right. Although it has the feel of a confession/memoir, it has the amplitude of good fiction because it moves through time without the usual, often dreary and unnecessary transitions, and sometimes stops to make daring observations that stop us in our tracks and expand what we are reading into something universal. Here is Wallace about halfway through “The Old Priest”:

To penetrate time you must go outside of time. Outside of time is the world of myth, of eternal and meaningful recurrence. Even as the old priest tells his anecdotes again and again they acquire substance, a kind of permanence or narrative integrity that goes beyond their literal level. No longer does the old priest as a young boy simply knock at Itchy’s door; he eternally knocks at Itchy’s door.

In this story there is also the character of “Former Student X” who serves as a kind of one-man Greek chorus, telling the real events in the old priest’s life until his actual death, and also becomes a foil to the fantasies and self-deceptions of the narrator as he comes to terms with his true relationship to the old priest. Here are some lines from X’s final letter:

I struggle every day with good and evil in my life, but it is a worthy fight. I am not a very good Christian or Catholic, but I never give up the fight. Sometimes I make the fight harder than it needs to be, but I guess I fight better as an underdog.

Life is beautiful, fleeting and tragic, and I love every minute of it.

The other great story in this collection, which was selected by Amy Hempel, is the last: “The Burnie-Can,” a story about childhood told with flair and tenderness. It emphasizes how stories can shape a childhood, so that the real events and the stories about them merge into what we so casually call the myths and legends each family possesses. What makes “The Burnie-Can” so memorable is its details — some so bizarre they can’t have happened in the world as we know it, and others so precise they tear at the heart. Here is one of the latter:

The day the government came to the house is also an important story. It took place on another of those silent sweltering August afternoons. The man in his dark suit came into the driveway in his polished dark car, its bulbous chrome fenders gleaming. Pop was sitting out on the front porch counting the minutes until it would be dinnertime while Nan was out in the kitchen, placing a blueberry cobbler into the pie safe. My mother was upstairs writing a letter to her brother on stationery she’d bought that very afternoon. The writing paper was powder blue and featured a little reproduction of the ceiling of the Sistine Chapel at the very top of the page, the part where God and man touch the ends of their fingers together.

Many of these stories are about yearning for love. They suggest, often with an intriguing ambivalence, how much a part we all play in our own destinies, where what we need sometimes has to do more with our own neediness than that of the person we fix on to love. How expectations are upended by life itself, as Joe in “Upstairs Room” or Miles in “The Unexamined Life” sadly find out. As we watch them weigh their momentous decisions, we are pulled in so completely that we begin to participate in those decisions, take sides, and eventually breathe a sigh of relief or disappointment at the choices they eventually make. Here is Joe remembering the day of his marriage:

She beamed the entire time, but I remember thinking, This is our celebration. Then we go back to our regular lives. I hope you understand that. I never did say that, not to spoil things, but she never did understand that, either. She thought it would go on that way, like that day at the beach and then later when she came in on me that night in the garage with the beers and there was this feeling, all of a sudden. Those are the things that make up a life, I wanted to tell her, but they’re not all of life. You don’t get that every day.

Thinking his life through–examining it, as Slater would say–was exactly like driving up and down the White Horse Pike in a blue Ford Escort. Miles lay in bed, staring at the full moon until the faintest bit of daylight began to leak onto the space of pea-colored carpet at the foot of the bed.

As in any collection there are some weaker stories. For some reason I found the young women harder to sympathize with, and a few times I began to squirm at their antics, which at times seemed too extreme to be convincing. What I did like in all the stories were the connections between parents and grandparents and children, with all their implied responsibilities. Facts of life, as that other wonderful Irish writer, Maureen Howard, called them. In “Snow Behind the Door” the narrator looking in on his grandmother describes her in ways we have all experienced: “Her health these last few months has taken a hard left turn, and when I visit her she looks more puzzled than pained or tired, as if these things were to be expected in other people.” Can’t be helped, but you can do something about it, like visit regularly, if you are a human being.

That is the operative word here — this small but important book is a collection of stories about being human. It explores, even probes, the inner lives of its characters without pretense or flamboyance, and in prose often so vivid as to be startling; thus we are forced not only to conspire in these lives, but also look more closely at our own.

You can’t ask for anything more than that.