Conductor Klaus Mäkelä may be young, but, on the merits of this set, he sure seems to be the real deal. Buckle up: this ought to be an exciting career. 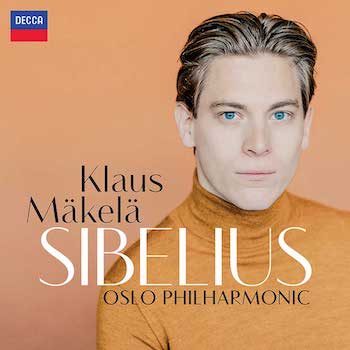 One doesn’t expect a 26-year-old conductor to have figured out all of Jean Sibelius’s symphonic riddles. And, to be sure, Klaus Mäkelä, the Oslo Philharmonic’s young chief conductor, has got some room to grow as a Sibelius interpreter. But wherever his new recording of the seven symphonies, the tone poem Tapiola, and three aphoristic “late fragments” with that orchestra comes up short is mostly by degrees: there’s no question he’s got a handle on this fare and has his own ideas about it.

Mäkelä’s is a well-directed, tonally rich account of Sibelius’s most traditional symphony. The Philharmonic’s woodwind section is, throughout, beautifully blended, especially in the first, third, and fourth movements, and the whole performance benefits from good balances and moments of bold characterization (especially during the finale’s stormy Allegro sequence).

That said, the larger reading is a touch episodic and the score’s intensity sometimes flags frustratingly (the finale’s playoff, for instance, lacks revelation and excitement). Ultimately, there’s a sense here of the conductor being too beholden to the letter of the music rather than its overriding spirit.

That issue is nowhere to be found, though, in Mäkelä’s altogether wonderful take on the Second. This is marvelous Sibelius: sonorous, well directed, and natural, from the first movement’s mix of bucolic simplicity and fiery passion through to the finale’s soaring hymn-like statements. In between comes a slow movement of beguiling atmosphere (one that captures the weirdness of its central part particularly well) and a clean, vividly articulated Scherzo. Yes, the brasses sound a bit restrained in the finale’s coda — but that small blemish doesn’t undo the conductor’s or orchestra’s remarkable accomplishments in this piece.

The Third is wonderfully odd — neither so austere as the Fourth or Sixth nor as sumptuous as the Second or Fifth. Accordingly, Mäkelä charts a middle course here, well blended and directed, as well as spirited. If the Andantino comes off a shade monodynamic, the opening Allegro moderato is nice and muscular: the Philharmonic mines the music’s shifting textures and colors with aplomb. And the finale, with its boisterous first half and noble second, drives smartly, culminating in a radiant final statement.

Possibly Sibelius’s bleakest piece, Mäkelä’s reading of the Fourth is utterly compelling. Its foreboding, mercurial spirit — particularly as presented by the first movement’s play of full and spare textures and the Scherzo’s nervous, menacing unsettledness — comes across mightily. In the Largo, Mäkelä underlines the music’s desolation, in the process uncovering a surprisingly Brucknerian quality to Sibelius’s writing. The finale’s spitting dissonances, bristling energy, and flawless transitions unfold with astonishing conviction: this is as rightly played and felt a Sibelius Four as they come — the high point of the current cycle.

Mäkelä’s take on the Fifth is solid, though a step or two down from that of the Fourth. Crucially, it’s a bit literal and clinical in the outer movements, both of which, though strongly colored and articulated, lose direction and become a bit sluggish as they proceed. The Andante, though, is anything but: lit with momentum, cleanly played, and showcasing the music’s constant thematic and instrumental reinventions of itself, it proves a revelation.

This Sixth is a touch more elegant than despairing. While certainly a valid approach, Mäkelä’s means that the first movement doesn’t offer the forceful contrasts of character between darkness and light that it might (plus, the development sounds a bit drifty and low-key). A very slow, tensionless Allegretto prefaces a remarkably spirited third movement. However, that’s short-lived: the finale’s flaccid tempos and stiff phrasings return us to the world of the first two movements.

The Seventh is, perhaps, the trickiest of the lot to pull off and, in some regards, Mäkelä’s approach is spot-on. The opening Adagio is beautifully paced and balanced. Transitions between each of the score’s sections are effortless and its dancing sequences float nicely. Throughout, the Philharmonic sounds wonderful.

However, tempo choices occasionally feel restrained (particularly over the Symphony’s second half), certain extremes (especially of dynamics and expressive urgency) require sharper definition, and the concluding several minutes simply sound underpowered. As with the First Symphony, this Seventh ultimately wants for more, expressively.

As for the album’s filler, we’ve got a brilliant Tapiola — full of beautifully dovetailed lines, burnished strings, and terrifying climaxes — and the 3 Late Fragments which, true to their title, don’t offer much to go on, either for context or musical content.

Taken together, though, Mäkelä’s is an engaging cycle. It won’t displace Colin Davis’s two best (with the Boston Symphony and London Symphony) or Leonard Bernstein’s first (with the New York Philharmonic) or Neeme Järvi’s (with the Gothenburg Symphony) or Osmo Vänskä’s (with the Minnesota Orchestra). But its best moments stand up well with those. And Decca’s engineering — aside from some too-prominent timpani rolls in the First Symphony and Tapiola — bracingly showcases the delicate, responsive instrument that is the Philharmonic.

Mäkelä may be young, but, on the merits of this set, he sure seems to be the real deal. Buckle up: this ought to be an exciting career. 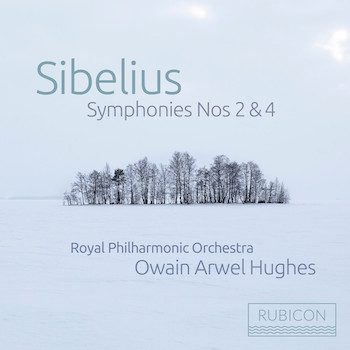 Meantime, the Royal Philharmonic Orchestra (RPO) and Owen Arwel Hughes have their own Sibelius release, this consisting of just the Second and Fourth Symphonies, on Rubicon. The contrast between their disc and Mäkelä’s is like night and day.

In general, Hughes’s tempos are broader than his Finnish colleague’s and his orchestra less brilliantly recorded. Perhaps that helps explain the lackluster impression the album makes.

Hughes’s approach to the Second is, in the main, spacious and leisurely, if not exactly slow. The first movement is well blended and culminates in a mighty peroration just before the end — but nothing else in its 11-plus-minute runtime really excites the spirit or compels the mind.

An otherwise focused and resonant take on the Andante is marred by anemic woodwind interjections and a decided lack of tension in the music’s abrupt moments of silence. As for the Vivacissimo, despite a lively initial tempo, it’s undone by lethargic orchestral playing. The finale … well, if there’s a recording of its opening pages that’s less exciting than this one’s, I have yet to hear it. Nothing really improves in the ensuing 12 or so minutes; that my download of the recording cut out about 90 seconds before the double bar seemed, in hindsight, fitting.

As for the Fourth, it comes out much the same. Tempos tend toward the expansive and balances are generally fine, but Hughes’s larger approach offers very little by way of edge or thrills. The Largo, which receives probably the best performance on this disc, lacks the requisite immediacy at its high points and concentration in its quiet ones.

Only in the oboe exclamations on the last page of the score — three savage falling major sevenths — suggest what could have been in the larger reading. But by then, it’s far too little, far too late.