Scholastique Mukasonga’s autobiography, Cockroaches, examines the three decades leading up to the 1994 Genocide in Rwanda. 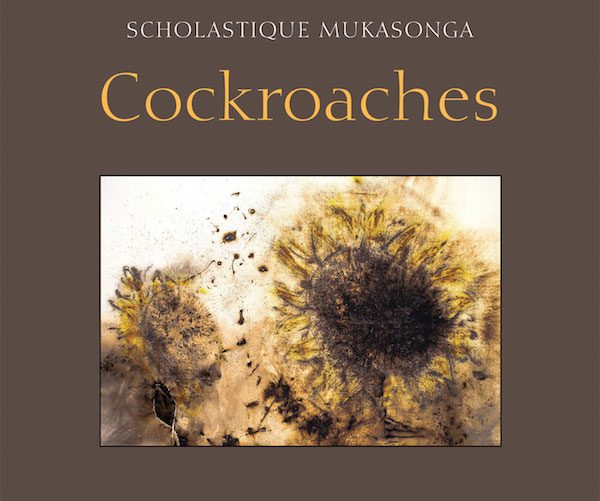 Readers moved by Scholastique Mukasonga’s novel Our Lady of the Nile should procure this fine translation of the author’s first book, Cockroaches (2006), which is an autobiography. Along with the not-yet-translated La femme aux pieds nus (2008) and L’Iguifou (2010), Inyenzi ou les Cafards—as the remembrance is titled—provides the essential personal background for the award-winning, fictionalized autobiographical novel published in France in 2012 (and reviewed in The Arts Fuse when the American translation appeared).

In Cockroaches, Mukasonga, who was born in Rwanda in 1956, shows how she and her family, like all Tutsis, lived in constant fear of being murdered by their Hutu compatriots. The threats and murders began in the 1960s and increased in intensity through 1994, when some 800,000 Tutsis were indeed slaughtered in a “final solution” whose roundups and killing—with machetes—resembled in its systematic meticulousness the mass arrests, extermination camps, and gas chambers used by the Nazis during the Second World War. As in Nazi Germany, the Hutus methodically planned and carried out an extermination.

Considered to be “inyenzi” or “cockroaches” by the politically dominant Hutus, the Tutsis were first persecuted in a pogrom that took place on All Saints’ Day, 1959. “The machinery of the genocide had been set into motion,” writes Mukasonga. “It would never stop.” Although the author was only three years old at the time, the images of that day continue to haunt her in France, where she has lived since 1992:

All at once we saw plumes of smoke everywhere, rising up from the slopes of Mount Makwaza, from the valley of the Rususa, where Ruvebana’s mother Suzanne, who was like a grandmother to me, had a house. And then we heard noises, shouts, a hum like a swarm of monstrous bees, a growl filling the air. I can still hear that growl today, like a menace swelling behind me. Sometimes I hear that growl in France, in the street; I don’t dare turn around, I walk faster, isn’t it that same roar, forever following me?

No longer living in Rwanda in 1994 (and, in fact, already long expatriated to other African countries because of her studies, career as a social worker, and subsequent marriage to a Frenchman who also worked in Africa), Mukasonga thus escaped from the genocide in which thirty-seven members of her family perished, including her parents, nearly all her siblings and their own numerous offspring. The book is dedicated to them as well as to “the few who have the sorrow of surviving.” At the end, she evokes some of those who miraculously eluded the machetes—through pure chance.

Cockroaches especially returns to the author’s formative years, beginning with a forced exile from her birthplace, in the Gikongoro province near a high-altitude rainforest, to a place called Nyamata, in an insalubrious district, Bugesera. “To every Rwandan,” writes Mukasonga, “there was something sinister in that name. It was an almost unpopulated savannah, home to big wild animals, infested by tsetse flies.” Mukasonga graphically describes the difficult life there—but this will not be her last forced exile, not to mention later escapes, across the border into Burundi, from capture and imminent death in Rwanda.

From the onset of this first exile, schooling is a problem. Mukasonga evokes the almost insurmountable obstacles preventing Tutsi children from attending school. There is in fact no school in this forsaken bush country in which the adults need to clear land, build huts, and dig latrines. Finally, some missionaries set up classrooms under the trees. At the age of twelve, Mukasonga has nonetheless accepted the idea that she will always be a peasant. “In my torn pagne,” she recalls, “a filthy scarf tied around my head, I would hoe the earth. I would do that all my life, assuming [the Hutus] let me live.”

Then the girl has an “unhoped-for success” in “the famous and dreaded national examination.” The exam determines the select few who will be admitted to secondary school. “The challenge,” writes the author, “was even more daunting for Tutsis, because the ethnic quotas put in place by the Hutu regime allowed them no more than ten percent of the admissions.”

Although she at first doesn’t even want to hike the ten kilometers to take the test and pretends to have an “agapfura,” a sore throat, she is ordered by her father to go. He has also received some education. “His children’s scholarly success meant more to him than anything,” explains Mukasonga. “He thought that might give his family some chance of surviving.”

As it turns out, the girl brilliantly passes the exam and is admitted to the Lycée Notre Dame de Cîteaux, the best high school in the country. Now the girl and her father hike some forty-five kilometers for her first day in this new school. It is this high school that provides the setting for Our Lady of the Nile. And her father was right: education will save her. Like her older brother André, who becomes a medical doctor, she will later be able to leave the country.

Mukasonga recounts the details of her childhood, adolescence, and early womanhood in precise, compelling prose that emphasizes the suffering of others both in her family and among her fellow Tutsi neighbors. It is a harrowing account in which the writer focuses on telltale facts and relates instructive personal experiences, all the while soberly revealing her own emotions when, for example, she sees her parents for the last time, in May 1986, while she is on a trip with her French husband and their two children. She now possesses a French passport. A big party takes place, but the next day her mother discreetly tells her that it would be best if they left. “Our presence was a menace for my parents,” she specifies, “and for the whole family.” The last image of her mother is a “slight form” in a pagne, “a little silhouette disappearing at the bend in the road.”

Like the French journalist Jean Hatzfeld, who has written several eye-opening books—with interviews and other recorded testimony—about the genocide and its aftermath on both the Hutu and the Tutsi sides, Mukasonga is a vital witness to life in Rwanda during the three decades that preceded the atrocities. What went on during those years is much less known, and she memorably tells that gruesome story.

John Taylor has recently translated Pierre Chappuis’s poetry (Like Bits of Wind) and Catherine Colomb’s novel The Spirits of the Earth—both books available from Seagull. His most recent collections of poetry and short prose are The Apocalypse Tapestries (Xenos Books) and If Night is Falling (Bitter Oleander Press). John Taylor’s website.