‘Tis the pre-Oscar season when new blockbusters and independent films compete for your time. But you might pause for some uncommon documentaries on the arts, sports, or farming. And take in one great revival.

The Tin Drum. At the Brattle Theatre, Cambridge, MA, January 4–8.
This provocative and surreal adaptation of the Günter Grass novel directed by Volker Schlondorff won a Palme d’Or at Cannes and the Oscar for Best Foreign Language Film of 1979. David Bennent plays Oskar, the child who refuses to age. An older Oscar narrates the film from a mental institution about his experience during the coming Nazi era. Slant Magazine says, “With his stunted growth, the magical power to shatter glass with his scream, but also flares of cruelty, Oskar personifies the tragedy of two nations on the brink of war.” This is a new Digital Restoration. 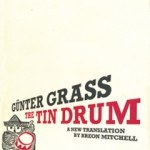 {Editor’s note: To mark The Tin Drum‘s 50th anniversary, in 2009 its publisher commissioned a series of new translations, overseen by author Günter Grass himself. In the new English version, Breon Mitchell has reinstated excised material (mostly of a sexual nature) and worked at maintaining, rather than smoothing over, the prose’s stylistic eccentricities. Don’t just see the movie—read what may be the definitive version in English of one of the major German postwar novels.}

Betting the Farm. At the Brattle Theatre, Cambridge, MA, January 14, 7:30 p.m.
Betting the Farm is the first screening of the 2013 Doc Yard series. For nearly three years, the filmmakers traveled to nearly every board meeting, watching the founders, families and the staff of MOO Milk, struggled to launch a business on a shoestring budget with no room for error. The stakes are this: “If MOO Milk can be successful, while paying 90% of its profits back to the farmers who own the company, it will serve as a powerful model; small farms are not necessarily doomed to be crushed by their larger, more efficient competition if they can band together in new ways.” At a time when farmer’s markets are beginning compete with the corporate food industry, this verité documentary is both riveting and relevant. Filmmaker Jason Mann will be in attendance for a post-screening Q&A.

Producer Alberta Chu documents site-specific work at Gibbs Farm in New Zealand for entrepreneur and art patron Alan Gibbs, a project that began with “Lightning Dreams” artist Eric Orr’s 38-foot-tall, kinetic-lightning sculpture containing a 130,000-watt Tesla coil. These two new short films again combine science and art to look at the distinctive style of two unique and preeminent contemporary sculptors. The scale proposed by Gibbs was a challenge for the artists: the work requires rigorous planning, often pushing the possibilities of technology and engineering. Both films provide a privileged glimpse into the philosophy, conceptualizing, modeling, and engineering of these unique installations. With soaring shots of the landscape in which these works are nestled, this is a rare opportunity to hear the voices of the artists and see the pieces on a large screen. Admission is free, and the producer will be present.

Here is one of those stories that you couldn’t make up and that needed to be told. The Other Dream Team documents Lithuanian basketball stars Sarunas Marciulionis and Arvydas Sabonis who went from poster boys for their country’s sports machine to becoming, four years later, symbols of post-Soviet democracy and winning a gold medal at the Barcelona Olympics for Lithuania. It is followed by a Q&A with producer Jon Weinbach.

The ICA presents the premier of Harlem Street Singer, the story of Reverend Gary Davis, blues, ragtime, gospel singer, one of the prominent, old school blues men who influenced a new generation of folkies, including Pete Seeger, Jerry Garcia, Bob Dylan, and many others. The film uses archival footage, rediscovered photographs, and concert and informal musical sequences to tell his story of coming from the tobacco warehouses of the old south and into the streets of Harlem and on to the Newport Folk Festival. The filmmakers will be present. The screening is in conjunction with a performance by Woody Mann and two of Boston’s most venerable blues performers, Paul Rishell & Annie Raines.