The novel’s plot revolves around the many secrets simmering beneath the surface of the lives of the characters, and Bill Littlefield slowly teases them out to connect the disparate voices. 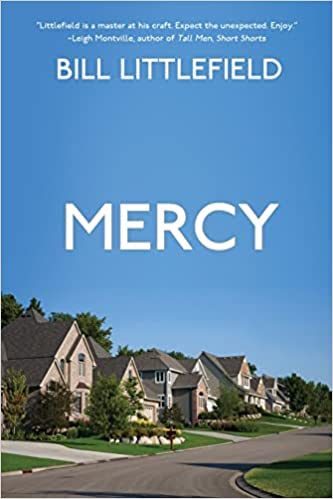 John Gardner (The Art of Fiction) would call Mercy an architectonic novel. It is written using a number of different points of view. For it to be successful, the author has to be able to create convincing characters and, when he changes point of view, we have to be invested enough in them to go along for the ride. And there is the implicit promise that the author will manage to bring these figures together in a powerful way. Littlefield delivers in his compelling new novel Mercy. And these days, with the continuing stress of a pandemic and a Russian invasion of Ukraine, the notion that we could both show and use a little mercy really strikes a chord.

You may know Bill Littlefield from his work as host of Only a Game, the popular NPR show that he created. As someone who spent years telling and listening to stories, Littlefield is adept at storytelling. He has also worked with the incarcerated for a number of years through Emerson College’s prison program. In Mercy, Littlefield is able to bring some of the many tales he must have heard to life. His wide range of experiences lends his voice authority, particularly when he writes from the point of view of characters who are on the wrong side of the law.

Mercy is set in a suburban neighborhood inhabited by a cross section of characters. An older couple with a young son, a woman whose husband loses all their money by day-trading, and a famous gangster who has been returned home from jail to die in the house where his wife lives. Two guys who worked for the gangster are also integral to the plot. In this type of novel, you’ll find yourself, depending on your background, identifying with some characters more than others, or maybe not identifying but appreciating. My favorites were the small-time bad guys, Francis and Gibby, who did odd jobs for the gangster, Arthur Baladino. Their dialogue crackles like the exchanges in a Dennis Lehane novel. Francis tells Gibby about a guy he met in jail for murder who said to him, “I don’t consider myself a murderer.”

“Nobody guilty in here,” Gibby said.

“But the main thing, his point, this guy, he’s just doing what it is he does. He’s out there with his guys, that’s all. He’s got a gun… ‘Murderer?’ he tells me, Murderer’s a guy does it for money.’”

As you read Mercy, you’ll find yourself nodding along with the tales the characters tell. Like Jack, you may remember “the cruelty of children.” Jack tells us of a kid coming up behind him as he was walking along with a friend; the kid banged their heads together. “Every kid has something like that to get through. Or bullying. Teasing. Having to go to the bathroom and the teacher won’t let you.”

We didn’t have a murderer like Arthur Baladino in our neighborhood in Milton, but we did have a counterfeiter next door, and around the corner was a child molester who seduced (if that’s the word) the paper-boy.

The theme of Mercy comes into play in the ways the characters help and support each other. The couple that sticks together despite having to deal with the unimaginable. The gangster’s wife who takes him in when he’s released from jail. Two women who find love with each other late in life. No matter who we are, we’ve all had difficult situations to deal with. Even Baladino and his wife have terrible things happen to them that make them sympathetic characters.

Echoing author John Edgar Wideman, who writes about his younger brother who spent his life in jail because of his involvement in a murder, Littlefield doesn’t let his wise guys off the hook. But he would like us to see them as human beings.

“What it is, I guess is, people are people, inside or out. Some of ’em do stuff, you know when they’re young guys, whatever.” Francis is referring to the way the men he knew in prison grew and changed. Most of the violent crime in this country, as we know, is committed by young men. And we’ve learned that young men are not very good at considering the consequences of their actions.

The novel’s plot revolves around the many secrets simmering beneath the surface of the lives of the characters, and Littlefield slowly teases them out to connect the disparate voices. You’ll find yourself having a hard time putting Mercy down as you turn the pages to find out what happens next.