Simon Rattle’s Bruckner is, on the whole, lean and lively; if you’re looking for a new Mahler Four, Vladimir Jurowski’s is the one to check out; Thierry Fischer leads performances of each symphony that take Saint-Saëns’s writing seriously. 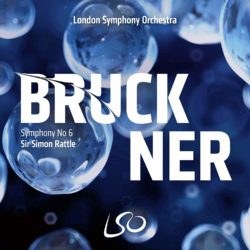 The start of Sir Simon Rattle’s tenure leading the London Symphony Orchestra (LSO) has been amply documented by the ensemble’s in-house label, LSO Live. And if the results have been a bit hit or miss, the pairing’s new account of Anton Bruckner’s sweeping Sixth Symphony falls decidedly in the former category.

Rattle’s Bruckner is, on the whole, lean and lively. He draws lush playing from the LSO strings in the gorgeous slow movement (which is plenty spacious but never drags) and his forces turn in a taut, snapping account of the droll ländler. Plenty of rhythmic energy is to be found, too, in the outer movements.

Yes, the reading comes up a bit short in a few spots: the horns feel inexplicably held back at the second movement’s climaxes; some of the brass playing at the start of the finale lacks a menacing edge; and the repeated, dotted figures in the first movement might snap a bit more briskly. But, in the grand scheme of things, these are minor quibbles.

Haitink’s (with the Bavarian RSO on BR Klassik) and Blomstedt’s (with the Gewandhausorchester Leipzig on Querstand) remain the best Bruckner Sixths of this decade. But Rattle’s has a lot going for it and doesn’t disappoint. 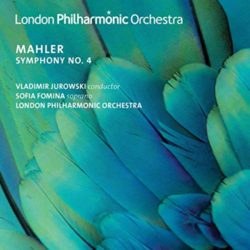 While Rattle takes up his post at the Barbican, across the Thames Vladimir Jurowski is starting to wind down his term as director of the London Philharmonic Orchestra (LPO). His new recording of Mahler’s Symphony no. 4 with the orchestra he’s led since 2007 is an absolute gem.

Everything about the performance feels utterly natural. The orchestra’s playing is carefully shaped – each of the first movement’s themes are beautifully etched – but never feels micromanaged. Indeed, Jurowski’s tempos are expertly judged: nothing ever rushes ahead but neither does the music seem to dawdle (and, in lesser hands, the Fourth can be a rather somnolent essay).

Here, though, it’s quietly gripping. The scordatura violin solos in the second movement have an understated elegance to them, which only serves to accentuate how strange Mahler’s writing in that movement is. Jurowski lets the transcendent slow movement unfold with complete serenity and the transition to the finale is as seamless as one might want. Sofia Fomina sings that last movement beautifully: her voice clear, sweet, innocent – on top of which you can make out every syllable she enunciates.

In all, then, a terrific, fresh account of a piece that’s been played and recorded more times than one can count. But, if you’re looking for a new Mahler Four, this is the one to check out. 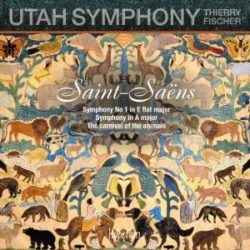 Thierry Fischer’s complete Saint-Saëns symphonies cycle finishes up just about where it started, which is to say in a very good place. The third and final installment of his series with the Utah Symphony is built around the E-flat-major Symphony no. 1 and the unnumbered A-major Symphony, both written when Saint-Saëns was a teenager.

Maybe you’d guess that from the music’s obvious debts to Beethoven and Mozart, maybe not: more than a few mature composers of the 1850s were in thrall to those two figures and not many channeled their influences with the élan Saint-Saëns demonstrated here.

Still, it’s possible to consider the A-major as Mozart’s 42nd Symphony (or maybe 41b): its first movement works through the same four-note cell made famous in the Jupiter’s finale (alas, without a grand fugue at the end). It’s a sunny piece, unfailingly tuneful and goodnatured.

On the other hand, the E-flat-major, which impressed Berlioz and Gounod at its first public performance, is at once more serious and more playful. Its outer movements utilize consciously Beethovenian themes – but also freely pillage gestures from Wagner, Mendelssohn, and Gounod, et al. There’s insouciance there, to be sure, but also a certain brilliance of character.

Fischer leads performances of each symphony that take Saint-Saëns’s writing seriously – sometimes perhaps to a fault. The First’s second movement (“Marche-Scherzo”), for instance, proves too dour and literal, never finding the graceful footing present in Jean Martinon’s definitive interpretation of the piece (or Marc Soustrout’s recent one with the Malmö Symphony) to lift off and float.

At the same time, Fischer’s spacious tempos don’t keep the First’s slow movement down: his reading is slightly broader than Soustrout’s but moves with greater fluidity. And the outer ones benefit from both the virtuosity of the Utah players and the clarity of Hyperion’s terrific sonics.

Given the overall brilliance of the symphonic performances, it’s surprising that Fischer and his forces deliver such a dispirited, flaccid, humorless account of The Carnival of the Animals as filler. Sure, the version for full orchestra is harder to make a success of than the original chamber setting, but need “Personnages à longues oreilles” sound so flabby and uninspired? Or “Pianistes” exhibit less than no charm? I should think not.

That said, there are plenty of great Carnivals out there and this one isn’t – or shouldn’t be – why you buy (or avoid) this album. The main story here is the symphonies, and they’re each capably and persuasively served by Fischer and the Utahans.