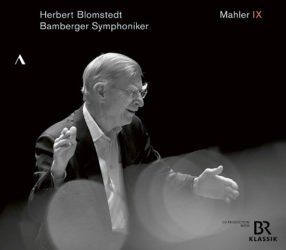 Herbert Blomstedt isn’t a conductor you often associate with Mahler. True he’s got a celebrated (if rather obscure) recording of the “Resurrection” Symphony in the catalogue – but there’s not much else. So his new account of the Ninth Symphony is worth paying attention to, if only because it provides a relatively-rare view of this eminent conductor in a late-Romantic symphony not written by Bruckner

In many ways his reading lives up to expectations. It’s gorgeously played by the Bamberger Symphoniker: textures are clean and beautifully blended, with lots of attention given to Mahler’s sometimes obsessive dynamic markings. This is a performance that revels in the composer’s idiosyncratic gestures – the flatterzunge woodwinds, sweeping string glissandos, horn trills, and the like: all of them come across with bracing clarity and energy.

Blomstedt’s command of the music’s structure, too, is expert. He knows when to let it run free, as in the big climaxes of the Ninth’s first movement and the harrowing denouement of the ländler. But he also shapes it smartly. The Rondo-Burleske’s trio dances quite nimbly and the concluding Adagio feels as natural and unpretentious as ever.

On top of that, BR Klassik’s engineering is terrific: the sound is always present and the score’s little details (the blend of horns, harps, and strings in the first movement, for instance) pop out.

The one drawback to Blomstedt’s interpretation are tempos that tend to plod. By no means is this among the slower Mahler Ninths on disc (Bernstein’s last recording, for example, takes more time – sometimes by several minutes – to get through every movement but the third, and Karajan’s is broader in the second and fourth). Still, more than a few spots, especially in the first three movements, feel unduly held back.

Is that a deal-breaker? Given all that goes right here – the clarity of textures, blend of colors, spirit of the Bamberger’s playing, precision of the disc’s sonics – I’d argue in the negative. But, expressively, the cumulative result of Blomstedt’s tempo choices is an album that emphasizes the Ninth’s spirit of resignation more than it highlights the music’s celebration of life’s ups and downs

That said, there’s more than enough room for such a view of Mahler’s valedictory essay. 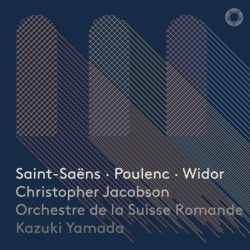 There are fifty or more recordings of the Saint-Saëns “Organ” Symphony on the market already. What makes this new one from organist Christopher Jacobson, the Orchestre de la Suisse Romande (OSR), and conductor Kazuki Yamada stand out from the pack?

The short answer: not much.

That’s not to say it’s a bad performance. Yamada’s tempos are all kosher, the OSR plays with a fine command of Saint-Saëns’ style, and Jacobson’s account of his obbligato part is rich and warm.

But it never really amounts to more than a solid and/or respectable reading. The focal point is the fervent slow movement, which is played with enchanting delicacy and beauty of tone. Otherwise, the rhythmic spark that illuminates, say, Antonio Pappano’s recent recording of the Symphony with the Orchestre Nazionale di Santa Cecilia or James Levine’s classic account with the Berlin Philharmonic is absent here.

Better is the Poulenc Organ Concerto that (mostly) fills out the disc. This is a pert reading, full of color and energy (the Allegro giocoso really jumps), while Jacobson and the OSR sensitively draw out the score’s meditative, lyrical qualities.

A zesty account of the “Toccata” from Widor’s Organ Symphony no. 5 serves as something of a closing encore. Here, again, Jacobson is wholly in his element, vigorously playing this familiar piece and drawing out some grand sonorities from the organ in Geneva’s Victoria Hall. His performances throughout never disappoint; one just wishes there were something besides a so-so “Organ” Symphony (maybe a Guilmant organ concerto?) to fill out this album. 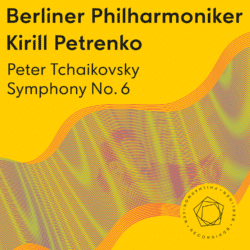 Kirill Petrenko was a surprise choice for the Berlin Philharmonic’s (BPO) music directorship a couple of years ago, though his performances with the orchestra since have garnered much praise. His first recording with the BPO since taking over from Simon Rattle last fall is out now. The fare, Tchaikovsky’s “Pathetique” Symphony, is familiar though, clocking in around forty-five minutes, it’s perhaps not the most generous of BPO music director CD debuts.

Still, there’s much to admire in this performance. The BPO clearly enjoys playing together – and with Petrenko. They’re responsive to their new conductor’s leading: phrasings, balances, the score’s sense of structure all come across with immediacy.

And, to hear the BPO (even on disc!) sounding like a hundred-piece chamber ensemble – players flawlessly passing off and echoing lines within and between sections, matching articulations and tonal shadings impeccably, and the like – is an absolute pleasure.

True, Petrenko’s isn’t quite as wild an account of the “Pathetique” as Teodor Currentzis’ with MusicAeterna a couple of years back. The BPO’s sound is, generally, more refined and blended. But the development of the first movement is as urgent and fiery as any, while the third movement builds to some furious climaxes.

It’s not all brash and loud: the second movement is liltingly elegant and none too slow. The finale is appropriately warm and passionate, Tchaikovsky’s woodwind and string writing coming over with particular resonance.

In all, then, a lovely start to Petrenko’s tenure in Berlin, though perhaps not as distinctive or compelling as it could have been: after all, this “Pathetique” doesn’t displace any of the three or four Karajan made with the same forces during his reign.