A 4-disc round-up that includes: irresistible Beethoven, welcome arrivals of spring, a spirited celebration of Toscanini, and spectacular, revelatory Tchaikovsky. 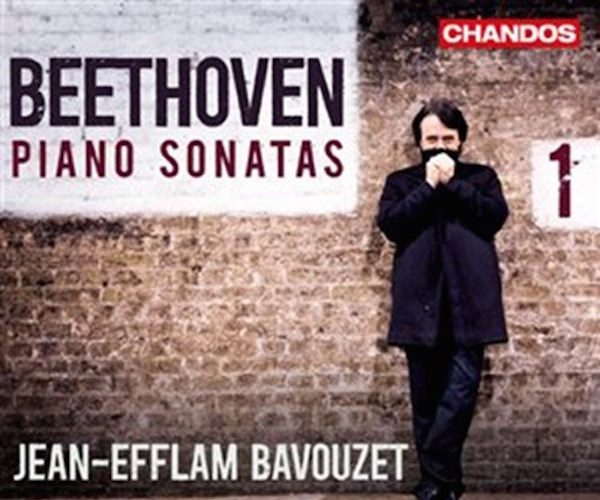 Here’s some fine Beethoven. Jean-Efflam Bavouzet is pretty much anyone’s idea of a crackerjack pianist: a brilliant technician and deeply thoughtful musician who can usually wring a maximum amount of expression out of his keyboard with a minimum of sentimentality. His traversal of the thirty-two Beethoven sonatas demonstrates this more often than not.

If there are two takeaways from the performances here (released individually between 2012 and ’16; out as a full set from Chandos this past November), it’s that textural clarity and rhythmic precision can work wonders in this repertoire. It certainly does in the more familiar sonatas here: Bavouzet’s “Pathetique” and “Moonlight” Sonatas are magnificent, sharply articulated and devilishly turbulent.

His “Waldstein” Sonata, too, is thrilling: fresh, impetuous, parts of it (like the end of the first movement’s development) seemingly made up on the spot. His “Appasionata” is as storm-tossed as the piece comes.

Where the Bavouzet cycle doesn’t always please is in dynamic range (which, especially in the smaller sonatas – like the G-major no. 20 – might be exaggerated more) and consistency of tempo choices: certain entries (like the D-major no. 15) slog. Sometimes things simply come across mechanically: the first two movements of Les Adieux are frustratingly literal.

But those hiccups are, as a rule, few and far between. On the whole, Bavouzet’s remarkable execution of balances, complete lack of pretense and artifice, and emotionally-direct playing brings this enormous body of music invigoratingly to life. He captures the personality of this music – not always how you’d expect it, true (the finale of op. 111 is more straightforward than mysterious, but plenty poetic all the same) – but the ways he draws out its pathos, wit, anger, melancholy, and everything in between is what makes this set irresistible. That’s no small accomplishment. 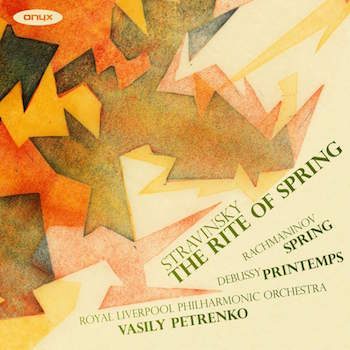 There’s nothing quite so enticing in the dead of a frigid winter as the thought of a warm, sunny spring. And no composer has etched the violent arrival of the season quite as memorably (or spectacularly) as Stravinsky did in Le sacre du printemps.

That score is the weighty bookend on the Royal Liverpool Philharmonic Orchestra’s (RLPO) new, vernal-themed album (from Onyx Classics) with music director Vasily Petrenko. And they give it a vigorous performance, full of athleticism and brawn, not to mention dazzling instrumental displays (like the terrific piccolo playing during “The Augurs of Spring”). The slower spots (such as the Introduction to Part 2) pack plenty of mystery and, while this recording shouldn’t displace Boulez’s or Bernstein’s or Stravinsky’s or Salonen’s or Tilson Thomas’s on your shelf, it’s a worthy addition to the discography, excellently played and well-engineered, the score’s rhythmic and instrumental layerings coming across with pristine clarity.

What fills out the disc is equally welcome. First, there’s Debussy’s early Printemps, with its sumptuous blend of Wagnerian harmony and French color. Petrenko draws a reading of plushness and warmth from the RLPO, especially in Printemps’ opening movement. There’s little one can do to escape the finale’s formal disjunction, but at least it comes over as light on its feet and genuinely exciting.

Then there’s Rachmaninov’s cantata Vesna. A setting of a Nikolay Nekrosov poem about a peasant whose thoughts of murdering his adulterous wife (during a bitter winter, of course) are calmed by the arrival of spring, it’s full of stock Rachmaninov devices – beguiling lyricism, rich chromaticism, etc. In this performance, the RLPO Chorus sings radiantly and baritone Rodion Pogassov makes for a sturdy (wronged) peasant. But the big star is the orchestra, which makes the most of Rachmaninov’s lush scoring and fine sense of drama (the way the austere opening motive melts into a burnished melody is but one of the reading’s highlights). A wholly welcome album, then. 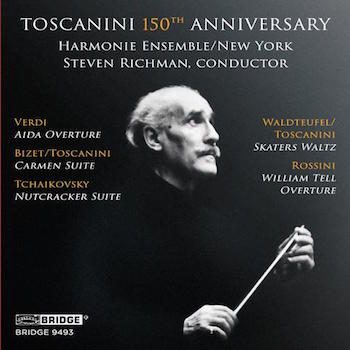 Hand it to Steve Richman and the Harmonie Ensemble to come up with one of the smartest and best-thought-through celebrations of Arturo Toscanini’s 150th birthday in 2017. Their album (for Bridge), simply titled Toscanini 150th Anniversary, presents a couple of favorites from the conductor’s repertoire alongside his arrangements of Emil Waldteufel’s Les Patineurs and a suite from Carmen.

Perhaps the most welcome selection is the first, Verdi’s discarded “Sinfonia” to Aida, a piece Toscanini famously recorded with the NBC Symphony in 1940. Superior to the more familiar Act 1 Prelude it’s not, but it’s a fetching potpourri nonetheless that Richman and his band seem to have plenty of fun with.

The same can be said for much of the rest of the disc: the Carmen Suite is plenty jaunty, as is their reading of Tchaikovsky’s Nutcracker Suite. Les Patineurs lilts about as well as it did in last year’s Vienna Philharmonic New Year’s Concert and the Ensemble freely mines the color and originality of Rossini’s William Tell Overture.

What’s missing at times is the sheer electricity of performance you still encounter in the best of those old Toscanini recordings of these works: the edge-of-the-seat thrill (or is it terror? Maybe both) he could draw out of his orchestras. That said, it’s a thoughtful Anniversary, played with spirit. 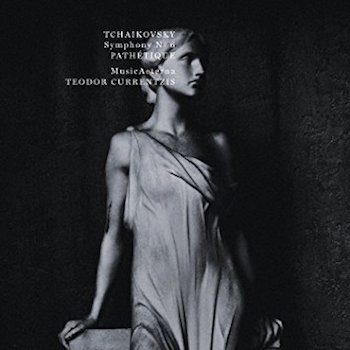 This is one of the finest Tchaikovsky recordings I’ve heard. True, it’s a bit over the top. But, then again, pretty much everything that conductor Teodor Currentzis does is. He’s out to push buttons and, for better or worse, he usually succeeds. Here, though, he’s got a strong expressive imperative and, I’d argue, he succeeds wildly.

Tchaikovsky’s Sixth Symphony is, like the two that precede it, deeply personal, even uncomfortably so. Currentzis understands that and he draws a performance from his orchestra, MusicAeterna, that draws out all the score’s troubling aspects. It’s rhythmically alive, yes, and played with tremendous vigor. Dynamics are exaggerated, sometimes wildly so. The playing isn’t the cleanest you can find, nor the orchestra’s articulations entirely uniform.

But this is perhaps the most shattering, terrifying Pathetique Symphony on disc thanks to this approach and these excesses. Nothing is complacent or sloppy. Rather, you’ve got a conductor and orchestra perfectly in synch, emotionally, and responding to the extremes of Tchaikovsky’s score.

You hear this in the first movement development, especially, with its ferocious attacks and wild bowings – those as much a matter of interpretation as engineering, which places the strings close enough to the front so you can almost hear the players’ breathing. It’s there, too, in the brass writing of the finale, especially the stopped horns at the movement’s apex, which have rarely sounded so, well, nasty and shattering. The middle movements – the graceful, off-kilter waltz and the pummeling march – drive with particular force and foreboding here: can you think of a recording in which the third movement’s forced triumph rings hollower? I can’t.

In sum, then, this is spectacular, revelatory Tchaikovsky. If only Currentzis could write liner notes as well as he conducts: his pretentious, dry heave-inducing letter to the composer in the booklet is almost as bad as the ones he and Patricia Kopatchinskaja included in their dreadful recording of the same composer’s Violin Concerto back in ‘16. Oh, well. This time, at least, Currentzis and his band have the measure of the music. Skip the booklet. That’s not why you should be getting this Sony Classical album anyway.