The release of previously unavailable recordings from Dexter Gordon and John Coltrane are causes for celebration. Two unforgettable voices in jazz — are back! 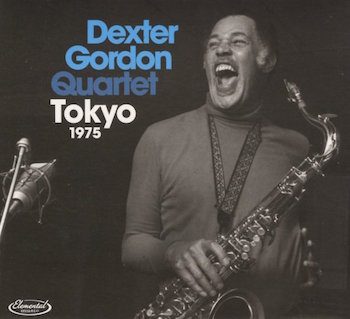 Dexter Gordon was an important early influence on John Coltrane. The latter took the saxophone to another level before his untimely death, but he never lost his distinctive feel for the power and the glory of the tenor sax that Gordon exemplified over the course of his career. The release of previously unavailable recordings bring both titans back (with fresh fodder) into the cultural conversation — and the ears of grateful jazz fans.

Coltrane’s Both Directions at Once: The Lost Album (Impulse) features his classic early-sixties quartet at a time when they were regularly in the studio, spinning out amazing performances. Gordon’s album Quartet Tokyo 1975 (Elemental) captures the long-exiled tenor legend on the brink of his much-ballyhooed return to the U.S. in the late ’70s.

The 6ft. 6in. Gordon (1923-1990) proffered a correspondingly big sound that was aided and abetted by his early experience in big bands led by Lionel Hampton and Billy Eckstine. The latter group was an incubator for bebop — the ‘new thing’ in the mid-’40s. Gordon took to bop’s high speed acceleration while never losing his desire to be heard loud and clear, up close as well as from the cheap seats. And that dedication to accessibility is evident on this new disc.

The Tokyo gig, performed at the Yubin Chokin Hall, featured the band Gordon had been working with in Copenhagen for many years. Pianist Kenny Drew, bassist Niels-Henning-Orsted Pedersen (aka NHOP), and drummer Albert “Tootie” Heath had coalesced into formidable unit, enthusiastic enablers of the leader’s eruptions in sound.

I’ve always found that Gordon’s tone requires a moment or two of aural adjustment. This disc didn’t change my need to calibrate for full-frontal sound, but it is well worth the effort to hear the man in high gear and full voice.

“Fried Bananas,” a Gordon original and a staple of his repertoire, displays his considerable strengths. After a punchy head, the saxophonist plunges into hard-edged bop discourse, zigging and zagging over NHOP’s prominent walk. Bent and knotty cries, along with odd quotes from some chestnuts of song, suggest that Gordon is entering into his prime time as a musician — he’s weaving memories of wartime darkness into the joyful, though edgy, trajectory of post-’60s jazz.

Heath thunders underneath until Drew takes over with a light but determined touch that makes fast fun of the theme, before giving way to a series of fleet variations. Full-tilt exuberance brings this race to a burn of a finish.

Gordon’s approach is hardly less assertive as he works through a mid-tempo take on the standard “Days of Wine and Roses.” Drew gets closer to evoking the song’s melancholy with his solo. NHOP also adds touches of fluttering delicacy.

“Misty” illustrates Gordon’s ballad style, as he energetically twists genuine feeling out of lines that, in lesser hands, would droop with sentimentality. Pianist Drew adorns the melody with thoughtful add-ons, mitigating the leader’s lean-forward phrasing with hints of reflection.

“Jelly, Jelly, Jelly” is an exuberant closer to the set, as Gordon sings a bit for the hand-clapping Tokyo crowd. The Billy Eckstein-Earl Hines romp returns the big sax man to the era of the jumpin’ dancehall, before jazz had been pushed out into smaller rooms.

Two bonus live cuts close out the disc. One is from two years earlier, with most of the members of the Tokyo group; the other was recorded two years later, with Gordon’s U.S. “homecoming” band. Let’s hope this release generates renewed interest in this giant. 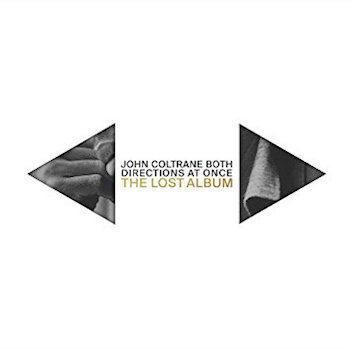 Both Directions at Once:The Lost Album finds Coltrane, McCoy Tyner, Jimmy Garrison, and Elvin Jones in Rudy Van Gelder’s studio on March 6, 1963. Once the excitement wanes about this over- publicized release, it will not be ranked as among the group’s finest. Still, Both Directions at Once serves as an exquisite reentry point for a nuanced appreciation of one of the greatest small combos in the history of jazz.

Several articles on the session and its history have chronicled how it was recorded during a busy period for the quartet. They were playing in clubs every night; the next day they would come back to record a fine disc with vocalist Johnny Hartman. They needed extraordinary energy to pull this off, and they had it. A palpable sense of vitality comes through at times in Both Directions at Once.

At this point, the members of the band had settled into their musical identity, graduating with honors from years of hard-bop apprenticeship. Like the Beatles, perhaps, they knew they were no longer chasing after ‘the new thing.’ They were it. Of course, they then pursued spiritual goals beyond that achievement.

“Untitled Original 11386” starts the disc with the leader unraveling a line on soprano sax before Tyner explores the fertile harmonic ground where the group liked to hang out. Garrison scrapes a solo that suggests scat singing. This relatively brief excursion, like many of the pieces here, sounds like an exercise in exploration that could (should?) have charged on much further.

The modal “Nature Boy,” never a fave of mine, is given a tentative feel here. Coltrane, on tenor, rips away at traditional expectations, determined to supply a set of fresh expressive variations. It’s another short excursion, however.

“Untitled Original 11386” opens with soprano lyricism. Jones’ polyrhythmic rumble leads to a surge, with Tyner offering just enough structure to pace the improvisatory flourishes. A Garrison/Jones duo passage brings the foursome back into sync: it is a good example of how this group could fuse beauty and intensity like few others.

“Vilia (Take 3)” continues the lighter feel, with Garrison’s walking line buoying the carefree, swing-along approach of the others. “Impression (Take 3)” is a take of a tune that would soon be released in an earlier-recorded live version. Coltrane examines the piece’s possibilities on tenor saxophone; Jones rolls and tumbles just underneath. Fierce and virtuosic, this track is a major find. (Note: the deluxe version of Both Directions at Once has several other takes of “Impressions” as well as other alternates).

“Slow Blues” is just that, with Coltrane deftly and movingly re-inventing the form and the substance of a genre he greatly respected. After Tyner’s solo we approach even closer to jazz transcendence. “One Up One Down (Take 1)” is a truly furious call to arms; Coltrane blazes through variations with such fury that he almost leaves the others behind. They catch up, via their solos; you can feel this band reaching forward, in glorious unity, at the close.

Both releases are causes for celebration. Two unforgettable voices in jazz — are back!