You are here: Home / Commentary / Music Commentary: Jazz at Lincoln Center Orchestra — Women are Locked Out

“They travel the world and have for years,” says Ellen Seeling, “sending the message that there are no women good enough to be in this organization.”

The recent appearance of the Jazz at Lincoln Center Orchestra at Symphony Hall should have been one of the highlights of the Celebrity Series’s season. After all, the 15-member group is led by an artistic director, Wynton Marsalis, who has won a Pulitzer for one of his compositions, and whose stated purpose of bringing jazz – a quintessentially American art form – to the world has included tours throughout Europe, Turkey, and Hong Kong. “We believe jazz is Democracy,” says the organization’s mission statement. However, despite the multiracial makeup of the band, it was readily apparent that less than half the country’s population was represented on stage. None of the performers in the Jazz at Lincoln Center Orchestra, arguably the most prominent jazz band in the world, were women.

Considering the emergence in recent years of such female instrumental stars as Esperanza Spalding, Melissa Aldana, and Terri Lyne Carrington as well as contemporary acknowledgement of previous gender bias — notably in Judy Chaikin’s 2013 documentary The Girls In The Band — this lack makes a lie of the group’s own stated purpose. It also shows how women are still locked out of what is not only possibly the highest profile such group in the world, presenting the art form to girls and women around the world as something that they do not belong in.

This is happening at a time when another resident Lincoln Center group, the New York Philharmonic, is looking into loosening its gender-specific formal dress code. (The Philharmonic is nearly evenly divided by gender; the Lincoln Center board oversees the physical plant but has no say in its resident groups’ governance.) And this summer, the Newport Jazz Festival, now in its sixth decade, is celebrating its inclusionary roster, which lists bandleader Jane Bunnett, guitarist Mary Halvorson, and two all-women groups, the DIVA Jazz Orchestra and Artemis, among many other female performers.

Jazz At Lincoln Center’s lack of gender diversity has been noted many times in the orchestra’s 31-year history. Questioned by journalist Lara Pelligrinelli for a November 2000 article in the Village Voice, Marsalis responded: “I hire orchestra members on the basis of merit…The more women we have playing jazz, the higher the level of playing gets, the more they audition, and the more women are going to be all over. It will be just like classical music.” Marsalis, wrote Pelligrinelli, “also cites slow turnover in the band of 15, limiting the availability of positions.”

The long piece, which ran as Jazz at Lincoln Center’s 100,000 square foot Columbus Circle permanent home was being constructed, also noted out that much of the organization’s funding comes from public sources (via the National Endowment for the Arts and various New York State and City sources). In April 2015, on New York public radio station WNYC, host Brian Lehrer highlighted the fact that, despite various guest appearances, the group has never had a permanent female member. Lehrer’s guest on that show, trumpeter Ellen Seeling, chair of the advocacy group JazzWomen  & Girls (also the Director of the Montclair Women’s Big Band), was at the time pushing for the group to adopt the policy of blind auditions that are likely the reason that symphony orchestras in this country have become more gender diversified. (Before blind auditions were adopted in 1975, only 5% of the musicians in the top 10 U.S. symphony orchestras were female; today, that percentage is over 45%.)

This exposure – along with protests in San Francisco and New York – has had some effect. Working with Equal Rights Advocates, a national civil rights organization dedicated to protecting and expanding economic and educational access and opportunities for women and girls, Seeling’s group negotiated an agreement with the Jazz at Lincoln Center in 2016. The agreement includes blind auditions as well as the inclusion of many talented women on a posted roster of substitute players, diversity training, and outreach. (The new audition policies are stated on the Jazz at Lincoln Center website.) 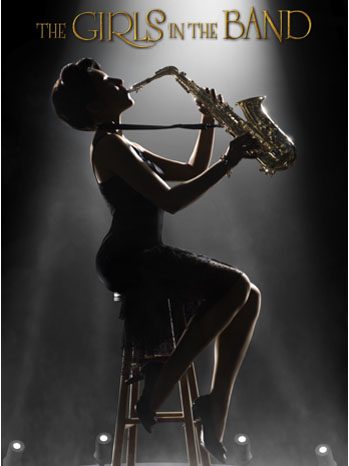 However, without further action, these changes may prove to be simply cosmetic. In terms of policy, for example, the initial blind auditions, as per the organization’s website, lead to open, live auditions, which means that bias may still be acted upon, if later in the process. In addition, although the agreement resulted in women (including such notables as tenor sax/clarinetist Anat Cohen and pianist Helen Sung) being included on the roster, the choice of substitute for any particular gig is left to the artistic director. At Symphony Hall, Marsalis’s brother Jason filled in on drums for the absent Ali Jackson. (The four-person drummer sub list includes Allison Miller, an esteemed bandleader in her own right.) In addition, this agreement is only in place until the completion of the 2020–21 season or the new selection process has been used to fill five seats, whichever occurs sooner.

“Part of our view was that just even having an audition process that allowed folks to get to a live audition with the band would be an advancement,” says Jennifer Reisch, the legal director of Equal Rights Advocates. She calls this “a much needed improvement over the prior process, which was completely word of mouth.”

While acknowledging that the agreement is imperfect, Reisch still celebrates it as a win. “I think it’s going to take some time,” she continues. “When [Jazz At Lincoln Center] hosted the jazz congress last spring, they actually held a panel on gender and jazz … They’re beginning to take this issue a little more seriously. If they start inviting more jazz instrumentalists as guests and as collaborators, that will over time start to shift expectations.”

It is also worth noting that the problem is not endemic to the entire organization. As Pellegrinelli pointed out, much of the organization’s behind-the-scene staff, including executive personnel, is female. Outreach and education programs are also much more inclusive: baritone sax player Lauren Sevian has worked with the high school band competition, and for the last five years the organization has hosted a Jazz Girls day, for aspiring musicians age 10–18, as part of its middle school outreach program, with a female staff led by director Jessica Jones, a saxophonist and pianist.

Indeed, in the two years since the agreement, the orchestra is still entirely male. The consequence is clear. “They travel the world and have for years,” says Seeling, “sending the message that there are no women good enough to be in this organization.”

“Good enough” is, of course, a subjective standard, and given the sheer number of women artists on the Newport roster, for example, highly questionable. The argument for exclusion because of sexism is also subjective, but compelling. Take the case of pianist Rachel Z (Rachel Nicolazzo). Like Marsalis, Z was signed to Columbia Records by noted producer and A&R man Dr. George Butler. At a CD release party for the label in 1990, the same period during which Z was playing with jazz giant Wayne Shorter, Z was encouraged by Butler to sit in with Marsalis’s band at New York’s Blue Note. Prevented by Marsalis from taking a solo she was “pushed off the stage” by Marsalis’s pianist at the time, Eric Reed.

(Reed, reached by phone, says has no memory of any such incident, while acknowledging it “seems in line with something I might have done. I was a very cocky and arrogant young man. I would’ve done that to a guy,” he says, adding, “It was disrespectful and I shouldn’t have done it.” While that acknowledgment has led to a rapprochement – the two are now in touch – for Z, the memory is clear. “When you’re a young person, that kind of thing really does mess with you,” she says.)

“They think they are changing,” says Z, of Jazz At Lincoln Center. “They have this student big band and they book plenty of bands with women, but he [Marsalis] doesn’t want women in his band.”

When queried about bias and about its new selection procedures, the Jazz at Lincoln Center press office responded with the policies stated on the website. To wit: “Jazz at Lincoln Center is committed to fostering a professional environment where all of its employees are treated with dignity and respect, allowing them to flourish and realize their full potential. We have a zero tolerance policy for discrimination and harassment of any kind and work diligently and proactively to educate and provide training to our staff. Such training includes respectful workplace training held annually for all employees, and as part of the orientation process for new hires.”

It is worth noting that any discussion of sexism and gender discrimination is complicated by Marsalis’s consistent and very real efforts against racial bias, even when they have courted controversy. When the musician openly called on New Orleans’ mayor Mitch Landrieu to take down the statue of Robert E. Lee in his hometown, for example, he may have had public opinion behind him. That wasn’t the case when he questioned rap and hip-hop as possibly damaging to African Americans.

“I respect that he has a mission to promote black men,” says Z. “We’re dealing with a very different historical background,” agrees Reisch. “We’re up against a different set of engraved unconscious biases and stereotypes.”

“Wynton represents one of the most powerful [jazz] organizations in the world,” says Z. “His band shows his construct and his life’s work, which is a focus on bringing equality for black men. The problem is that commitment to his vision, while we admire that part of his vision, is really leaving out 52% of the population that really want to be honored playing this music as well.” As Z points out, there are no black women in the Jazz at Lincoln Center Orchestra.

A former journalist, Clea Simon is the author of three nonfiction books and 25 mysteries. A contributor to such publications as the Boston Globe, New York Times, and San Francisco Chronicle, she lives in Somerville with her husband, Jon Garelick. She can be reached here and on @Clea_Simon.