Indo-Pak Coalition’s energized music and performance somehow manages to square the circle —  it is as engaging as it is songful and intelligent. 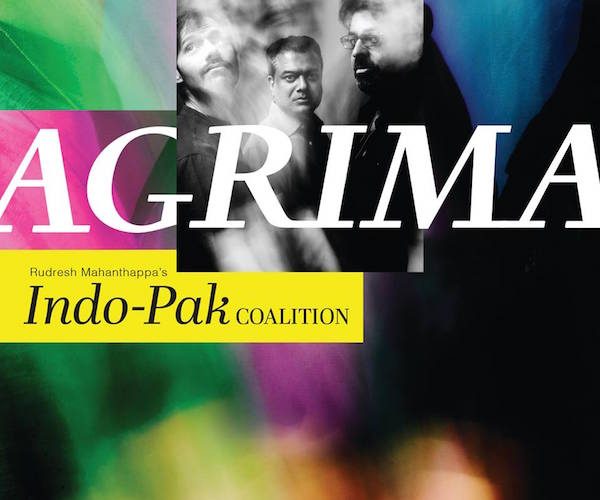 Repeatedly picked by contemporary jazz critics as their favorite alto saxophonist, Rudresh Mahanthappa has chosen over much of the past decade to investigate Indian music by way of his own impassioned, jazz-influenced style. Indo-Pak Coalition is a trio with guitarist Rez Abassi, who was born in Pakistan and raised in Los Angeles (he’s the Pakistani connection), and the marvelously accomplished drummer Dan Weiss, a student of tabla as well as the drum set. Mahanthappa was brought up in Boulder, Colorado; Abassi in Los Angeles. Their music is the result of what I imagine to be a seriously playful study of cultures outside of the homegrown — there is certainly nothing inevitably American in the sound they have come up with.

Augmented with electronics, which Mahanthappa uses for echo effects as well as to deliver comments during the performance, the group’s efforts are high energy, rhythmically complex, and yet carefully constructed. Mahanthappa’s playing is full of virtuoso flourishes: at one point at the ICA (in a show presented by World Music/CRASH arts), he played a rapid, almost boppish, line and then stopped. He took the moment to smile at himself. The trio was in town to celebrate its new recording Agrima, which, “as an experiment” was issued only as an audiophile LP and as a download. (To compensate, there were Agrima socks and shot glasses for sale at the performance.)

Repeatedly picked by contemporary jazz critics as their favorite alto saxophonist, Rudresh Mahanthappa has chosen over much of the past decade to investigate Indian music by way of his own impassioned, jazz-influenced style.Click To Tweet

The set opened with an out-of-tempo introduction to Mahanthappa’s composition “Snap.” Abassi played some wavering tones, more outright mysterious than suggestive, and Weiss commented on tabla. Mahanthappa brought the band to attention with a kind of fanfare that served as the main melody of the piece. Teaming with Weiss on tabla (who also occasionally used a mallet on cymbal), Mahanthappa amplified his statement with hollow-sounding electronic effects. Soon he and Abassi were trading phrases before the guitarist settled on a largely single note solo, behind which Mahanthappa played a repeated note, a monotone that evolved into a kind of encouraging riff. The saxophonist’s sound is generally extroverted, but he also makes extraordinary subtle use of accenting: he emphasizes the shape of individual notes, even when they are being fired off in a rapidly played line. The result is dance-like, intriguing.

The band followed with the most overtly swinging number of the night, “Showcase,” a kind of Indo-Pak blues based on a lazy repeated phrase. Making an inside joke, Mahanthappa explained that it was written for the owner of the Jazz Showcase, a famous Chicago club. Immediately he retracted … I imagine there had been some problem with the club’s legendary owner, Joe Segal. Mahanthappa’s solo contained some Coltrane-ish swirls, as well as long tones: it was as if he were teasing the basic riff that underlay the tune by integrating in other rhythms and shapes. Weiss was a marvel, at one point soloing on tabla and using a mallet to rap the rim of his snare in what seemed to be a complicated conversation with himself. Every time he moved from tabla to drum set, expectations grew — and he satisfied them.

The band played “Agrima, “which begins with an impossibly fast pattern generated electronically: somehow Abassi and then Mahanthappa managed to match it. This turned out to be the tune’s introduction. Mahanthappa then brought in a joyous melody whose extroverted cheer rose above the dissonance of Abassi’s guitar. The band slowed down the tempo — for a brief moment the trio sounded like an oversized bagpipe. The piece went on to juxtapose its lyrical melody (now played slowly) with the anxiously scurrying section that had kicked the tune off. Indo-Pak Coalition’s energized music and performance somehow manages to square the circle —  it is as engaging as it is songful and intelligent.