Lara Downes’ America Again is a great album, and one with multiple layers of meaning. What, musically, defines America? Now’s a good time to ask that question, given how the country seems to be rent by a series of identity crises on everything from the most serious of issues to the trivial. As pianist Lara Downes seems to see it, America’s great musical strength is grounded in its diversity. At least that’s the big takeaway from her terrific new album, America Again. There are no musical quotas or age limits here: the only requirement is that something is being said – and the stronger the argument the better.

She’s helped herself to a really broad cross-section of 19th- to 21st-century voices and idioms. There are arrangements of traditional and popular songs like “Shenandoah” and “Blue Skies.” And there are pieces by concert composers. But Downes hasn’t limited herself to the usual batch of Gershwin, Copland, and Bernstein. They’re here, yes, but you get Nina Simone’s arrangement of “I Loves You, Porgy” instead of the three Preludes; “Blues no. 1” in place of the Piano Variations; and a charming Anniversary for Stephen Sondheim rather than adaptations of songs from West Side Story.

The rest of the disc is devoted to names and pieces with which you might be familiar but, often enough, probably aren’t. Does anyone know William Schuman’s American Caprice? You should: it’s a charmer, filled with knowing, syncopated nods to Gershwin and Joplin. How about Amy Beach’s vivacious From Blackbird Hills? No takers? Well, it’s here, too, as are notable pieces by Samuel Coleridge-Taylor (a setting of “Deep River” from 24 Negro Melodies), Howard Hanson (Slumber Song), Florence Price (Fantasie Negre), Roy Harris (Li’l Boy Named David), and Lou Harrison (New York Waltzes). Add to that music by Ernest Bloch, Scott Joplin, and Duke Ellington, and there are few major stones Downes has left unturned.

She’s included some fine, if short, new works, as well. Dan Visconti’s Lonesome Roads is one,  and it dives deeply and a bit unexpectedly into an emotional abyss. And Angélica Negrón’s otherworldly Sueno Recurrente floats by like a fascinating formation of clouds in the sky.

On the whole, the disc is very well played and sings with plenty of soul. The only real dud is Joplin’s Gladiolus Rag, which needs a sharper rhythmic profile to really take off; otherwise, there really isn’t anything serious about which to complain.

Quite the contrary: this is a great album, and one with multiple layers of meaning. On the surface, it’s a harmless, interesting, often highly engaging survey of American piano music. But once you start digging just a little it becomes more subversive.

Indeed, without getting political, without raising her voice, without drawing unwanted attention, Downes here manages to make one of the strongest and most enduring political statements of the year: in this country, one’s racial, cultural, religious, or ethnic background(s) shouldn’t matter. Only one’s humanity should. Granted, that’s a lesson that hasn’t been fully internalized by any nation yet. Maybe four years of scudding across the abyss will help change the situation on these shores for the better. Even if it doesn’t, America Again envisions this ideal and reminds us that the United States’ greatness lies in its openness and diversity, not conformity and homogeneity. It’s a timely warning, framed on this album with penetrating beauty. 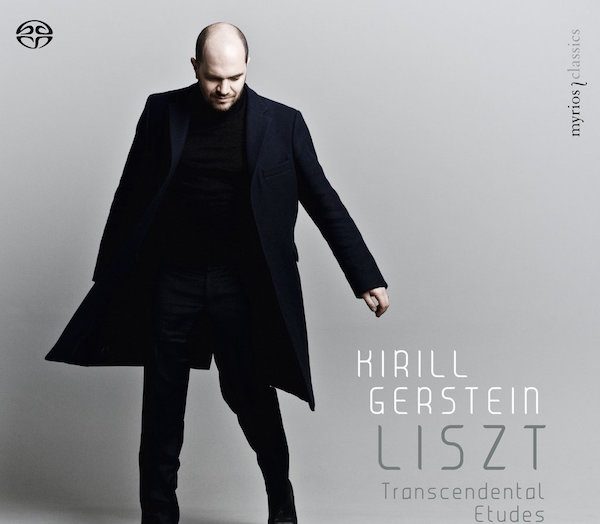 Not every album, of course, needs to (or should) speak so directly to current events. Kirill Gerstein’s account of Liszt’s twelve Transcendental Etudes on Myrios Classics, for instance, is more abstract in message. Still, it’s a spectacular recording. These are bravura keyboard studies and they require an interpreter of Herculean technique and stamina. On top of that, making musical sense of each movement – let alone the twelve as a set – has thrown more than one pianist for a loop. Not so Gerstein: endurance, ability, and insight are his bread and butter and he plays the daylights out of these dozen Etudes.

The first two movements have lots of notes virtually flying off the page. But the performance turns, quickly, in “Paysage,” which features a reading of tender, delicate inwardness. Gerstein dazzles in “Mazeppa” – his is an approach that, somewhere in the devilish mix of parallel thirds and octaves, manages to convey lots of character, including a dash or two of humor – and gives a lightening-quick, featherweight reading of “Feux-follets.”

Highlights of the second half of the Etudes include a rhythmically-tight, spirited “Eroica;” a sweeping, sometimes menacing “Wilde Jagd;” and a marvelously chilly “Chasse-Neige.” Gerstein saves his best, though, for the two big movements, “Ricordanza” and “Harmonies du Soir.” The former sings with sumptuous eloquence and rich tone, while the latter, with its foreshadowings of Debussy, simply glows.

Throughout, Gerstein’s playing is excellent. Textures are cleanly balanced: listen, for instance, to how the numerous runs of filigrees speak and how the thick, left-hand chords in the middle of “Chasse-Neige” project without sounding clunky. Rhythmically, Gerstein’s playing is thrillingly alive. If there are some moments where he can’t quite overcome the study-like quality of Liszt’s writing (as in parts of “Vision” and the untitled tenth movement), his interpretation never lets down in intensity or focus.

Perhaps the highest praise that can be given to Gerstein’s Liszt, then, is that he turns these formidable technical exercises into compelling musical statements, individually and collectively. The end result isn’t exactly an hour-long sonata or symphony for solo piano, but it’s close: full of style, impellent drama, staggering technical command, and a deep sense of purpose – Gerstein does Liszt proud. 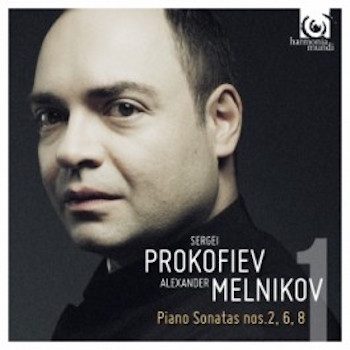 Is there a goofier piano sonata than Prokofiev’s Second? There might be – but not by much. No, Prokofiev’s Piano Sonata no. 2 surely ranks among the zaniest, most freewheeling, and downright fun entries in the genre. How else to make sense of its neo-Bachian counterpoint brushing up against thudding dissonances, its heart-on-sleeve lyricism, its jarring shifts of mood and texture?

In Alexander Melnikov’s new recording of the piece (along with the Sixth and Eighth Sonatas), those characteristics are all there. This may not be the most personable reading of the piece – Richter and Gilels each made more of the slow movement and finale, for instance – but it’s a perfectly adequate account in modern sound. And its best moments, like the beautifully-voiced second theme in the first movement, are really something to behold.

The Sixth and Eighth Sonatas are bigger pieces and their expressive depths run deeper. Melnikov knows that and his playing reflects it. These big “war sonatas” feature plenty of fierce, driving writing and he generates not only a big sound but also a real sense of nervous, militant drama in each piece. The several dynamic arches in the first movement of the Sixth are smartly paced, especially the big one over the pedal point in the development section.

If Melnikov’s readings of the outer movements of the Sixth sometimes come across as a bit steely, he warms up the middle ones nicely. The Allegretto is pleasingly droll and he thoughtfully traces the melancholic song of the slowly waltzing third. Melnikov turns in a solid reading of the Eighth, too, highlighted by a characterful account of the short second movement and a blazing run-through of the finale. In all, it’s a promising start to his complete Prokofiev sonata cycle.