One of the very real challenges for critics reviewing violinist Isabelle Faust is to come up with the proper adjectives to describe the excellence of her playing. 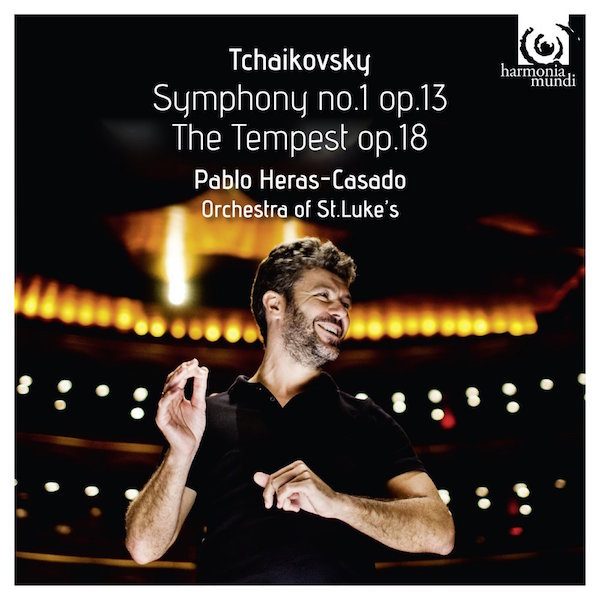 If any canonical composer’s early symphonies are underrated, it’s probably Tchaikovsky’s. Yes, he himself had some harsh things to say of the First (Winter Daydreams) – and maybe the Second and Third don’t consistently live up to the drama found throughout the Fourth, Fifth, or Sixth – but neglecting this early-ish body of music causes one to miss out on some pretty wonderful things. Happily, Pablo Heras-Casado seems to have a bit of a yen for neglected music: a couple of years ago he gave us a great Mendelssohn Lobegsang and now he’s out with a new (from Harmonia mundi) Winter Daydreams paired with the overlooked symphonic poem The Tempest, both played by the fine (if lately under-recorded) Orchestra of St. Luke’s (OSL).

As far as the Symphony goes, Heras-Casado and the OSL get about eighty-five percent of it right. The first movement crackles. Its opening theme is shaped with energy and textural clarity. When the big, cathartic release comes about four minutes in, it’s nearly as glorious an apex as Abbado and the Chicago Symphony delivered thirty-some years ago for Sony Classical.

Much of the remaining three movements come across with similar verve. There’s a wonderful aura of mystery in the muted string playing that kicks off the second movement. The third dances, if a bit slowly, right over the icy terrain. And the finale, or at least its first two-thirds, nicely keeps the intensity up, with playing of rich color and tight, rhythmic vigor.

It’s really only the last third or so that throws Heras-Casado for a loop: the slow episode just before the start of the coda never really picks up in power when it shifts into the concluding faster section. Here, everything remains too earthbound and square. Thus, the last several minutes simply sound leaden. It’s partly Tchaikovsky’s fault since he basically built to climax after climax after climax over these bars. Abbado rectified the problem this presents in his recording by making more of those big moments and basically driving the music harder. Would that Heras-Casado did the same here: it’s a disappointing ending to an otherwise fine interpretation of the Symphony.

The remainder of the disc is given over to a strong reading of The Tempest. This is a piece that certainly pales in comparison to Romeo and Juliet or Francesca da Rimini (its transitions are, generally speaking, clunky and much of the melodic content negligible), but there are some great moments nonetheless: the love theme for Miranda and Fernando and Prospero’s chorale among them.

Heras-Casado and the OSL certainly play it like it’s a masterpiece, with stirring brass riffs and powerful, sumptuous string contributions. Yes, you might find recordings of The Tempest as good as this already on the market. But, for modern sound at least, you won’t do much better. 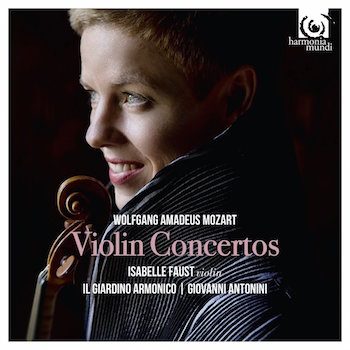 One of the very real challenges for critics reviewing violinist Isabelle Faust is to come up with the proper adjectives to describe the excellence of her playing. You can only say that something’s “well-thought-out, invigorating, and lively” so many times before it loses meaning, after all. This is especially true of her superb new account of the five Mozart Violin Concertos (plus three single-movement works for violin and orchestra) with Il Giardino Armonico and conductor Giovanni Antonini.

So, for want of a bigger vocabulary, I’ll start here: my introduction to these pieces came via Itzhak Perlman’s recordings of them with the Vienna Philharmonic and James Levine, all taped in the ‘80s. I still think those are fine performances – lush, lyrical, unabashedly Romantic. And I think that Faust completely blows them out of the water.

One of the things we might tend to forget is the fact that Mozart was a normal human being and, when he wrote these five concertos, a teenager at that. Yes, there’s depth to be found in these pages – who can argue with the slow movement of the Third Concerto or the whole of the Fifth? – but, above all, they’re the work of a precociously talented kid who finished the last of them a month before he turned twenty.

Faust plays them just like that. Her tempos are on the fast side. Sentiment is nowhere to be found or heard. Her readings are brash and, sometimes, a bit cocky. Everywhere there’s excitement, be that in the phrasing of the Fourth Concerto’s slow movement, the Fifth’s third-movement “Turkish” sections, or in each concerto’s brilliantly improvisatory-like cadenzas by Andreas Staier. Actually, the last are really something to take in here. Staier’s a keyboard player – and a brilliant one at that – who knows Baroque and Classical repertoire as well as anyone. His cadenzas, be they long or short, are fresh, natural, and unexpected as they come. Are you tired of Franko’s cadenza to No. 3? Or Joachim’s in nos. 4 and 5? Well, here’s your remedy.

Throughout, Faust plays with a light, breathy tone; pristine intonation; and articulative powers to die for. She doesn’t exaggerate anything that needn’t be played up – listen to how she almost shies away from the second theme of the first movement in the Third Concerto or how she understates the opening motive of the initial movement of the Second – and, in the process, gives these utterly familiar scores a new profile. On top of that, her embellishments of the solo line add an extra layer of freshness to the proceedings.

Il Giardino Armonico and Antonini accompany her every step of the way with total sympathy, energy, and identic style: it’s almost as though the soloist is an extension of the orchestra and vice versa, so tight is the connection here. In all, it’s a doozy.

Indeed, Faust has done some fine work for Harmonia mundi in years past – I loved her Bartók and Schumann discs of late – but this one marks the apex of her work for the label. If, like me, you grew up on the old, sometimes sleepy, way of doing Mozart, Faust’s approach is an eye-opener. And if, somehow, you don’t know these pieces yet, this set is the best way I now know of to get to know them. 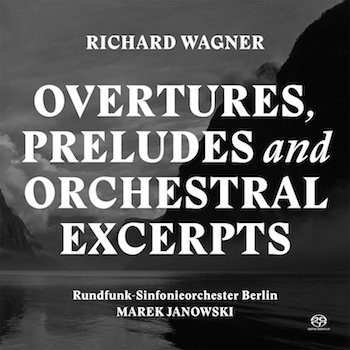 There’s much to like, too, in Marek Janowski’s new recording of orchestral highlights from Der fliegende Holländer, Tannhäuser, Lohengrin, Tristan und Isolde, Die Meistersinger, Siegfried, and Götterdämmerung from Pentatone. Absent is the unevenness of the conductor’s mixed casting decisions in his recent traversal of the complete, mature Wagner operas for the label. Front-and-center sits the Rundfunk-Sinfonieorchester Berlin (RSO) and, as a Wagner band, they’re a glorious bunch.

Of course, all of this music has been extensively committed to disc already, but has it ever sounded as good as Pentatone’s engineers manage to bring it across? As is true of the operatic performances, the recorded sound here is opulent: full and balanced. Each of these performances was drawn from live concerts and you get a good sense of the electricity of those events but without extraneous sounds from the audience or, really, blemishes in the RSO’s playing. The result is a disc of invigorating sonic presence.

It helps that, as is his tendency, Janowski’s tempos here all tend towards the brisk and, by and large, that results in lively playing from the orchestra. As a general rule, this doesn’t come at the expense of the music’s lyricism, drama, or emotional extremes. Janowski’s take on the Prelude to Act 1 of Lohengrin, for instance, doesn’t dawdle – it comes in at under nine minutes – but it never feels rushed, the climax is beautifully balanced, and rarely has Wagner’s delicate orchestration of its opening and closing bars (alternating solo and orchestral strings) been realized with such visceral clarity.

There are some odd moments, to be sure: Janowski opts for neither of the two familiar codas to the Prelude to Act 3 of Lohengrin, instead closing with the operatic transition into the bridal chamber scene. And, for all the textural lucidity of his interpretation of the Act 1 Prelude to Die Meistersinger, it lacks the personality that Barenboim, Solti, or Böhm bring (or brought) to the piece.

Still, there’s more to please here than not. For recorded sound, for brilliance of orchestral execution, and for interpretive concept, Janowski proves himself to be one of the 21st century’s best Wagnerians.