Perhaps in the future Michelle Hoover will let her very real talent take her into the unknown, where narrative and myth merge in the Cather and Dreiser country she knows so well. 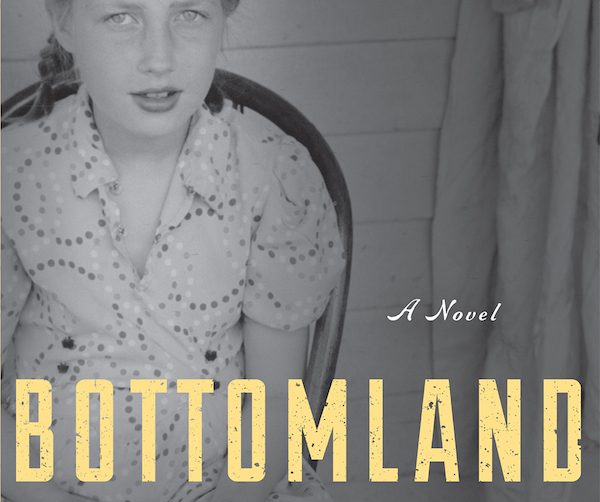 Two teenage girls, Esther and Myrle, who is only thirteen, disappear from the Hess Farm in Iowa right after the First World War. Their mother has died of the flu sweeping the midwest and probably brought back by one of their neighbors’ sons, their grieving father locks his children in the house each night, and their oldest sibling Nan has become their virtual mother. One brother Ray, who didn’t go to war because his hand is maimed from a reaping accident, is married and helps hold the farm together, the other brother Lee was injured at the end of the war and spent six months in a hospital in Europe and has come home not quite right but able to work around the farm. The middle child Agnes is the buffer between Nan and the two younger girls, and the father Jon Julius is totally bewildered since the death of his wife — paranoid and loving at the same time. The house, which is the center of all their lives, seems to be full of secrets. Especially how and why the girls escaped.

This is a good set-up for an ambitious novel and the beginning has just the sense of urgency necessary to engage the reader. Michelle Hoover knows that stark terrain well, and her prose is precise and often beautiful as she conveys the shunning and isolation the family felt in the year running up to the war because of their German name and background. And after the girls are gone, it is worse. Here is Nan describing their desolation after Lee has gone to Chicago to find his sisters:

It is strange to be a family of the missing. Deaths are commonplace. But a disappearance — it has the scent of murder in it, and there was little we could do to absolve ourselves. … This is not a place where people easily vanish. It is good clean earth for miles, straight as a table, our acres bordered by the river on one end and a rat of fenceline on the others. … There is a low feeling to living here, the horizon far and wide with hardly a soul to break it, yet if you kick in your heel and wrench up a clot of dirt, how many thousands of creatures burrow through the earth beneath. In every direction our neighbors’ acres are the same–more than a mile of farmland between us and the Clarks to the west, the Elliots to the south. In winter we don’t lay eye on either family for weeks. … Father said we should be thankful to have so much. “There’s nothing more honest than this,” he said. But I think honesty is different from emptiness.

Still, wonderful prose and compassion for one’s characters and an ability to evoke setting, while extremely important, do not make a novel great. What is needed is a strong voice and narrative push, and that’s where Bottomland falls short. The novel is divided into five parts, each with a different narrator telling his or her story in the first person, so just as the reader is getting to know Nan, who has been left with so much responsibility and so many conflicting feelings, we are stopped short. While the sections where the father gives his back story and Lee reveals the horrors of combat in the First World War are moving, they don’t push the story forward.

It is only when we get to Esther’s narration, the linchpin of the novel, that we are immersed in the girls’ plight. Here is Esther on the train to Chicago remembering their last night together on the farm:

The night before we left, we stayed up near to morning in the kitchen to make sure of our plan. Myrle was set to get the key, and the rope was under my bed, that tin already empty and hidden back where she’d found it. When at last we climbed the stairs to our room, the sun was just rising. It was low and grand and we watched from our window. The birds were quiet, though I felt they were restless. The fields looked black under that run of light, as if something new waited for us. … When I closed my eyes I could see the road and the brightness up ahead, the long trail that whispered to us, and I felt I was nothing and everything at once.

By the time we get to Chicago with Lee and Esther, and especially in Esther’s brilliant evocation of the boarding house and factory where she and Myrle become involved with the mesmerizing Charlotte, we feel Esther’s heartbreak. She has left clues, yet Myrle’s choice is a surprise, a strange surprise, given the tightness of this immigrant family.

But after that the novel seems to lose a lot of its punch and somehow becomes smaller, instead of larger and more compelling. I don’t know if this is because of its fragmentary nature in which too many voices weigh in. Or because Hoover seems so determined to make this a portrait of a family. Or because of a bizarre plot twist which I found unconvincing and which seemed too easy. Indeed, the entire last section of the novel seemed too easy, and a little rushed. Here is Myrle entering a new world for women and Hoover does it so obliquely and timidly that I can only confess disappointment. Thus, for me, Bottomland ended with a feeling of lost opportunities.

In an epilogue and the author’s acknowledgments we learn that this novel was propelled by real events. That may be part of the problem. But now that she has written two novels — her first novel The Quickening was also based in reality — perhaps Hoover will let her very real talent take her into the unknown, where narrative and myth merge in the Cather and Dreiser country she knows so well. Where the sweep of the story is more important than its structure and the focus is on a protagonist we cannot forget. And when she does, I hope she will keep in mind this famous incident recounted by Elizabeth Sergeant in James Woodress’s valuable biography of Cather:

When Cather went for tea … while she was working on My Antonia, she suddenly leaned over … and set an old Sicilian apothecary jar of mine, filled with orange-brown flowers of scented stock, in the middle of a bare, round antique table.

“‘I want my new heroine to be like this — like a rare object in the middle of a table, which one may examine from all sides.’

“She moved the lamp so that light streamed brightly down on my Taormina jar, with its glazed orange and blue design.

“I want her to stand out–like this — because she is the story.”