You are here: Home / Books / Book Review: “The Thaw” — Memorable Stories of Fear and Loathing in Iceland

Throughout these superb stories, there is a certain desolation, of the heart as well as of the landscape. 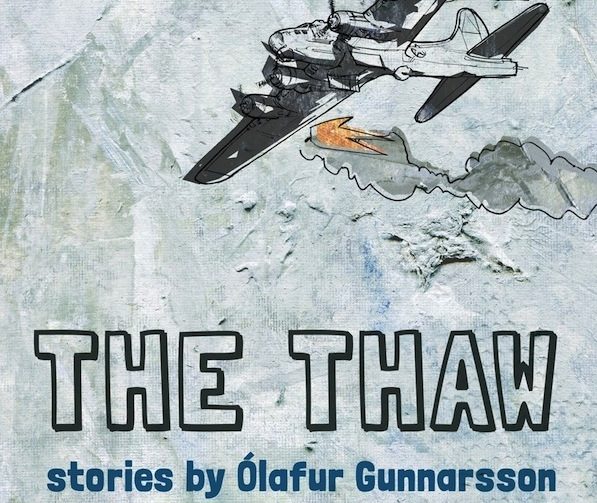 Ólafur Gunnarsson’s short story collection opens like a randomly fired gun shot: “It should have been a warning sign to him, those six years ago in Paris.” Six years earlier, at Le Select (probably a café) in Paris, a woman with whom the protagonist was in love calmly accepted a humiliating tirade leveled at her by her boyfriend. This signaled the end of the relationship, and the protagonist was quick to capitalize. He and the woman (all the characters are nameless) soon married and produced twin girls before she left him three years later. “Alien” is barely five pages long, but Gunnarsson weaves a chilling tale of psychological transference that yanks fear out of Hollywood’s hands (the film Alien is central to the plot) and returns it to the quotidian, where it is far more prevalent and far less harmless. With calm (if bleak) surfaces belying an abiding propensity for violence — emotional in this instance — and elements of the fantastic embedded in the everyday, “Alien” is a fitting introduction to the work that follows.

The stories in The Thaw take place during various time periods, beginning shortly after World War II, putting in an appearance in the eighties, and ending in our own cell-phone age. In nearly every tale there is an American presence, however fleeting, or some token of America. The yarns set in the forties are full of specific allusions to the American military presence in Iceland, and the portrait of GI Joe that emerges is not flattering. Icelandic women who had American soldiers as boyfriends were commonly slandered as promiscuous — part of a general degradation of females in that society. “If there was anything positive about the whole affair,” “A War Story” begins, “it was mainly the fact that whoever had gotten his daughter pregnant, it wasn’t one of the American GIs.”

Things are often lost in this book — the Viking way of life, a pair of glasses, bones, personal pasts — and then resurface to cause trouble. This déjà vu motif stands outs most prominently in the eponymous story, in which a pair of brothers, who work together and still live in the same house, find a skull while digging plumbing for a house they are building. The discovery resonates in several ways for the brothers, including the aforementioned Vikings, the maltreatment of women (female slaves were often killed and laid in graves beside Viking warriors), as well as a story of two men who were rivals for the hand of the same woman — one of whom drowned trying to cross a nearby lake on horseback. The skull also hints at a sinister rivalry that is soon to unfold between the brothers. The younger, Jonas, has been bullied by the older, Ragnar, all his life. The former has also been thoroughly unlucky with women. This changes when Jonas brings Hilda home, eventually moving her and her son into the small house he shares with Ragnar. The latter is almost instantly envious, and it isn’t long before he tries to rape Hilda with the excuse that her son belongs to an American soldier, so she’s a whore anyway. Jonas is furious — nothing he’s put up with from Rangar over the years compares to this — but restrains himself, which infuriates Hilda, who leaves him because of his passivity. “You’re the weakest person I’ve ever met in my life,” she accuses.

The brothers go on living together although Jonas takes a job with the Americans cleaning up after the war: “The waste left by the army was truly extraordinary — deep ditches were dug to bury truckloads of usable things, both tools and household stuff … but the job for the day was one of the stupidest Jonas had ever witnessed: they were told to drive about thirty trucks and jeeps onto the frozen lake, where the vehicles were meant to sit until the thaw came and the ice melted. […] It was an astonishing sight to see all the trucks and jeeps in the middle of the lake with the soft, powdery snow blowing around them.” Many of Gunnarsson’s stories have semi-surreal and yet entirely believable (and probably factually accurate) scenes, such as this one, which is part of the aesthetic glitter of the collection. The sinking of the vehicles provides counterweight to the digging-up of the skull — it is the same process in reverse — and figures in frighteningly at the story’s climax.

“The Beauty Contest,” in which singer Rod Stewart makes far more than a cameo, surprised me by being the one I perhaps enjoyed most. Sigvaldi is an aging singer, an Icelander whose band had a Top 40 hit in England and almost secured a spot in the pop music firmament — but not quite. Now, two decades later, he discovers after meeting Rod that Jimmy Page considered him for the lead-singer slot in Led Zeppelin and that Rod wanted to cover his band’s only hit. He’s stunned to find out how much closer he came to stardom than even he had imagined. During the beauty pageant he falls for a woman easily twenty years younger. It would be hard to improve upon the story’s last sentence; I never saw it coming, but it was really the only way the story could have ended. By then I was so invested in Sigvaldi as a character I wouldn’t be shocked to learn that the same frisson that went through him and Gunnarrson (during the writing) ran through me as well — threading the three of us together in a strobe flash.

If “The Beauty Contest” was my favorite, “Killer Whale” hit me the hardest. Olaf, divorced from his wife, must nonetheless deal with her to visit his terminally ill daughter. While at her house, he asks out the new nurse, who is caring for his daughter. He takes them both whale-watching. His daughter, though an invalid, gurgles with happiness at the sight of the enormous sea mammals. It’s a near-perfect day and the nurse is clearly taken with Olaf by the time they return to shore. The story — as stories are wont to do in this collection — takes an unexpected turn when Olaf drives his daughter to the other side of Iceland to see killer whales. When his motivations for the excursion are revealed, I had to put the book aside for a few minutes.

Gunnarsson’s depiction of Iceland focuses on the psychological. Although landscapes and to a lesser extent towns and cities are described, it is the tenor of life and the mentalities of the people who live there that come through most clearly. The stories provoke the reader almost from the first line, and the narrative tension builds methodically from there. I found myself reluctant to put the book down, often hurrying to the last page, and yet, unlike the usual quick read, Gunnarsson gives us plenty to mull over. The narratives vary in strength, as they do in almost any collection. A couple of tales are on the weak side, but overall The Thaw is a very solid performance. Throughout these yarns, there is a certain desolation, of the heart as well as of the landscape. There is something else as well, not unlike a distant house warmly lit on a winter night, toward which the characters trudge, but they never know if they will be welcomed, shut out, or if they will even be able to reach it.