These challenging LPs offer opposing, but equally thrilling, aural/cinematic adventures: one is an overblown grindhouse flick, the other a wondrous fantasy feature.

In this piece I hope to do justice to two of the most outlandish sonic journeys I’m likely to embark on all year. “Hope” is the operative word, because the albums I’m evaluating are incredibly challenging to critique: Ultimate II Massage by Tobacco, best known as the frontman of the Pennsylvanian neo-psychedelic outfit Black Moth Super Rainbow; and Alas Rattoisaa Virtaa by Kemialliset Ystävät, the recording project of Finnish artist Jan Anderzén. The aesthetics of both LPs share a common ground; they are electronically-driven and reflect an overall “genrefuck” attitude. But I’m more excited about tackling their diametrically-opposed differences. These LPs offer two contrasting, but equally thrilling, aural/cinematic adventures: one is an overblown grindhouse flick, the other a wondrous fantasy feature. 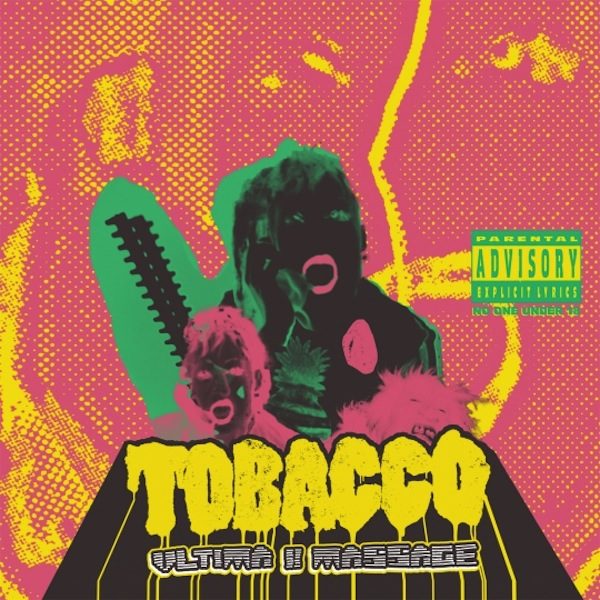 In both Black Moth Super Rainbow and his solo work, Tobacco has delivered a brand of light, electronic-tinged psych-pop, backed by simple drum machine sequences, tranquil synth phrases, and gentle vocoder singing. The mixes are slightly distorted to sound purposefully aged. It’s a distinct sound – you know a BMSR or Tobacco song when you hear one – but it’s an approach that the artist has not ventured too far from since BMSR’s formation in 2003. Tobacco tends to be slightly edgier and more aggressive in his solo exploits than with his band, but he has never really wanted to harsh his listeners’ buzzes – except maybe under his pre-BMSR moniker, Allegheny White Fish.

But now, with his third LP Ultima II Massage, no buzz is safe. This is by far the harshest, most twisted set of tracks Tobacco has delivered since his Alleghany White Fish days. He supplies a few of his characteristically blissful moments, but they mostly serve to draw attention to just how warped and nightmarish the majority of the music in his latest project is. The weathered “Creaming for Beginners” comes off like a lullaby compared to a song like “Blow Your Heart,” which sounds as if Daft Punk died, went to hell, became demons, and then recorded a house music anthem. The vocoder singing here isn’t Tobacco’s typical whisper; it’s forceful and guttural, almost sinking to belch level. A similar vocal delivery appears on the jubilantly messed-up opener “Streaker,” which is built out of rising, overdriven synth leads and a beat that is pretty much made up of crashing cymbals. The tune’s components are so dense and overblown that they constantly cause clipping, and The Needle Drop’s description of Tobacco’s voice as akin to a “satanic Transformer trying to sing a song” is spot on.

“Streaker” effectively announces that Ultima II Massage will be an aural freak show. It’s composed of 16 tracks, and each “attraction” (as it were) offers its own thrill. Among my favorites are the vulgar and broken pop tune “Eruption,” the breezy but blaring “Lipstick Destroyer,” the rapturous and gleaming “Father Sister Berzerker,” and the oddly comforting closer, “A Touch from Within.” But the project would best be understood as a unified dramatic experience, its episodes linked by Tobacco’s willingness to torment his “freaks” as though he were the villain in David Lynch’s The Elephant Man. But it is his unrepentant abuse of sound that makes Ultima II Massage such a gloriously brazen journey – a procession of sonic elements so broken and anomalous that it leaves the listener in a state of shock and awe, unable to turn his or her ear away. 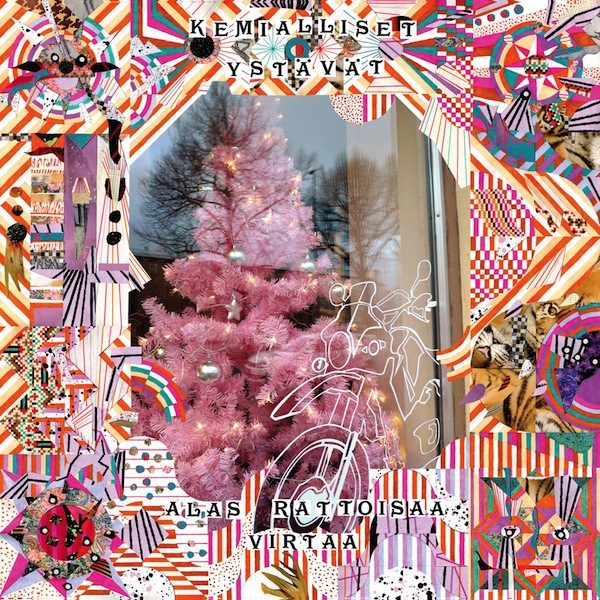 I read Tiny Mix Tapes every day – it’s my favorite Jacques Derrida-worshipping music blog. I especially love its “Eureka!” section, a nod to other sites’ “best new music” sections, though it is mostly reserved for LPs that defy genre characterization and push musical boundaries. The reviews for these albums are often intellectual and philosophical to the point of excess, at times going on for a few thousand words and more often than not drawing some deconstructionist ideas into the fold. That being said, I was intrigued by the relatively terse write-up Alas Rattoisaa Virtaa recently received in “Eureka!”. I agreed with the sentiments in its first couple of paragraphs – I can’t stand music writers’ tendency to historicize and use genres and micro-genres as an evaluative crutch. It’s something I have to work on myself.

After railing against recent trends in music journalism, the “Eureka!” reviewer, becoming refreshingly self-aware, confesses he has been putting off for as long as possible describing the sound in Kemialliset Ystävät’s latest LP. And now I’m stalling by talking about his procrastination because I’m as lost for words as he was. Sure, I might say the style is kind of psychedelic, appears to be predominantly electronic, and has exotic elements, but half the time I can’t even tell what is generating the sounds on Alas: Live instrumentation? Sampling? Synthesizer? Voice? You could say it is a mash-up of world music (particularly from the Far East), krautrock, chiptune, and plunderphonics, but in the end I’m not comfortable isolating any one of those (micro)genres. Ultimately, Alas Rattoisaa Virtaa is sui generis – the style is Kemialliset Ystävät’s alone.

The result is an ironically whimsical experience; imagine the antithesis of Ultima II Massage. Alas Rattoisaa Virtaa would be the perfect soundtrack for a Hayao Miyazaki movie – images of Spirited Away and Porco Rosso filled my head, well before the oinking pig samples that come in at the end of the clap-led centerpiece “Vettä Yarahille.” A few more of my favorite moments are the initially boisterous and later moody “Arkistorotat/Risuilla Täyteyssä Salissa,” the clanking and marching “Naderbux & Sundergrund,” and the ethereal “Hetkinen,” which I swear sounds exactly like part of the Spirited Away soundtrack. I wish I could, as usual, lay down a bunch of interesting genre descriptors to posit an idea of the aesthetic and pique your interest. But I hope my inability to do so for this LP will have the same enticing effect. I’ll try one last film allusion: if there were a Studio Ghibli-produced adaptation of The Wizard of Oz, this would be the score.

The album is streamable for free here.