As a solo artist, Neil Finn’s moved away from straightforward pop and toward a moodier sound, with lyrics asking bigger questions about life and mortality.

Neil Finn is modest as master songwriters come. Onstage at the Shubert this week, he cherrypicked from a mighty thirty-year catalogue with few traces of self-importance. Quite the opposite in fact, as Finn showed no qualms about taking audience requests, rolling atop the piano to start the encore, or breaking into a goofy grin whenever a song went over well. He even apologized at length when the Shubert’s curfew caused him to wrap the show after a mere two hours (Most shows on this tour have been a good half-hour longer). “It seems like short change for a loyal, longtime audience,” he said before squeezing in one more tune.

In recent years Finn’s toured solo acoustically, as Crowded House’s frontman, or with his brother Tim as the Finn Brothers (His original band Split Enz also plays occasional reunion gigs at home in Australia and New Zealand). But the current tour is his first with a full solo band, a sextet of mostly youngish players including his wife Sharon on bass. The loose camaraderie of a Crowded House show was missed at times, but this band could match the lusher sound of his solo albums; with their layers of loops and keyboards and their intertwined vocal parts. As a solo artist Finn’s moved away from straightforward pop and toward a moodier sound, with lyrics asking bigger questions about life and mortality. This hasn’t always been a good thing: While recent albums One Nil and Try Whistling This had depth to spare, you could be excused for missing the old hooks.

Still, Monday night’s set — which stretched chronologically from Split Enz’ 1980 breakthrough hit “I Got You” to a half-dozen songs from the current album Dizzy Heights — argued that Finn hasn’t changed that much. The fleshed-out band treatments underlined the pop shimmer in new songs like “Better Than TV” (which put down anyone who’s stay home just to watch Game of Thrones, mentioning that show by name). And his solo-piano treatment of the Enz oldie “Message to My Girl” revealed the moodiness that was always lurking in that song, a slightly obsessive take on a new relationship. The Enz songs have rarely been played over the years, and it was especially good to hear “One Step Ahead,” a beat ballad whose graceful melody may still be the best one he’s written. 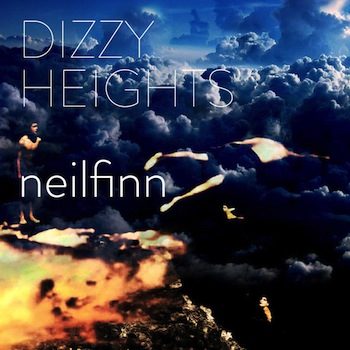 The house wasn’t as crowded as expected, with the Shubert just about half-full. But the fans were indeed loyal, sending up applause at the start of every deep cut. The encore found him fielding requests, and he wound up doing three in a row from Crowded House’s Temple of Low Men — their commercially challenged, fan-favorite sophomore album. That album’s non-hit single “Better Be Home Soon” was the finale, marking one of the few occasions where an audience singalong enhanced the mood of a tune — not least because Finn attracts a crowd who’s savvy enough to pull off the harmonies.

The Denton, TX band Midlake’s opening set amounted to a 25-minute taster, but an enticing one. On disc the band is a sextet, with a sound that falls somewhere between vintage prog-rock and the orchestral sweep of a Neutral Milk Hotel. On this tour they’re stripped down to an acoustic trio, with two guitars and a keyboardist doubling on flute (all three joined Finn for a few songs as well). The strong melodies and rich imagery stood out in the five songs they played from the current Antiphon album, I would’ve scratched the closing cover of Dylan’s “I Shall be Released” to hear more of it.