You are here: Home / Books / Book Review: “Trieste” — A Vivid and Lurid Chronicle of Horrors

As fiction, “Trieste” is almost entirely a dense tapestry of thinking, remembering, agonizing and raging. 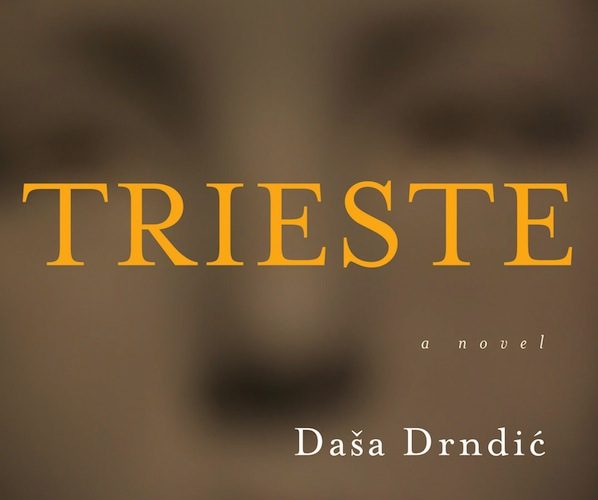 This vivid and lurid work, which is some sort of a novel, is three historic stories in one: the transports of Jews from Nazi-occupied Europe and their sadistic treatment in such notorious killing centers as Treblinka, the roundups and extermination of Jews in northeast Italy, near the city of Trieste and nearby Gorizia, and Lebensborn, the mad project of Nazi leader Heinrich Himmler to breed Aryan children, partly by stealing fair children in occupied areas and giving them to “Aryan” German and Austrian parents.

The fictional story unites all three. Elderly Haya Tedeschi of Gorizia, born of Christianized Jewish parents, in 1944 has an affair with a “dashing German second lieutenant” named Kurt Franz, who works at a former rice mill called San Sabba. She becomes pregnant, and he leaves her behind when he is reassigned elsewhere in the Reich. Then the baby boy, called Antonio, is abruptly stolen from his carriage when Haya is not looking. She tries to find him, but is forced to give up in the chaos of the end of the war. What she did not, or did not want to, know as the romance goes on is that San Sabba is an extermination center with crematoria, and that the dashing Lt. Franz is a sadistic killer of Jews – even though he is aware that Tedeschi is a Jewish name.

As the story begins, the elderly Haya, now a retired mathematics teacher, is surrounded by documents and pictures. In retirement, much like Philomela Lee in the movie Philomena, she has become obsessed with finding out what happened to Antonio. What she does not know is that Antonio, like the grown-up Anthony in Philomena, has also been trying to find her. He had been stolen for the Lebensborn project and placed with an Austrian family. His mother, on her deathbed, admits that she and her late husband got him from the Nazi authorities, no questions asked, and has but little information as to his real origins. Now a professional photographer, for ten years he has been seeking the truth of his origins. These two, Haya and Antonio Tedeschi – his adopted name is Hans Traub – gradually circle closer and closer to one another, though she is too old to travel. He must come to her.

I said this is a sort of a novel. “Sort of” because, while Haya and Hans are well drawn characters, the whole enterprise sounds like a project to tell about the nightmares of the Holocaust, with Lebensborn as a subplot, mostly in Italy, using a thin fictional scheme. Most of the book is a chronicle of horrors, including lists of the deported Jews, reports on the ghastly deeds of various Nazi functionaries, and long reprints of testimonies from the Nuremberg trials. There are historical footnotes and a forty-page list, entitled, ‘The names of about 9,000 Jews who were deported from Italy, or killed in Italy or in the countries Italy occupied between 1943 and 1945.’

In addition to telling the bloodcurdling history itself, Trieste shifts in its last third into the voice of Antonio. He gradually discovers who he is and who his father is, and explores with an intensifying sense of anguish the plight of the children of Nazi criminals, who have no part in their parents’ crimes but cannot escape a taint and sense of responsibility. Not that he lets them off the hook. As he draws closer to the encounter with his mother, he rages against not only the Nazis but the Catholic Church and an array of persons who in his mind fail to take sufficient responsibility for the deeds of their parents. One, for example, is Arnold Schwartzenegger (a 1967 photograph of him in body-building mode is shown), who says his father, who belonged to the Nazi party, was nothing more than a soldier in the Wehrmacht, even though “even the ordinary German soldiers of the Third Reich committed appalling crimes.” It is not alleged that the bodybuilder’s father committed atrocities; still the son in some way is implicitly responsible for what sounds like a convenient brushoff of the past. Indeed, Antonio suggests, in what sounds creepily like heritable guilt, that the children of the killers, those who (unlike himself) do not accept the responsibility to at least expose if not expiate their parents’ crimes, are almost accomplices in them. “The fact,” he says, “that the descendants of the Nazis, Fascists, Ustašas, homeguard fighters, Chetniks, and so on and do forth, prefer not to recognize the crimes of their fathers and mothers, grandfathers and grandmothers, diminishes the overall crimes of the German and others, which were committed during the Third Reich.”

We may speak of justice at Nuremburg, but Antonio insists that the postwar trials were “dark, farcical performances.” The perpetrators should simply have been rounded up and shot, “the way the Russians and East Germans did in ’46, ’47, and ’48.” As for the Catholic Church (he impeaches Monsignor Angelo Roncalli, the later Pope John XXIII, for overlooking the murder of Jewish children), Antonio says, “this caricatured parade and more than revolting fabrication, this costumed theater of transparent lies and empty promises should be done away with right now, once and for all, because the gatherings of the zealously blinded masses who bow down to the divine emissary are reminiscent of the ominous gatherings at which people shouted Sieg Heil.”

Right, Catholicism is just like National Socialism and should be “done away with.” It is not clear how that would happen, unless by treating popes and bishops in the brisk East German and Russian manner.

Of course, this is fiction, and there is no reason to think that the author shares the views of her character. Except that, although Antonio takes over the narration at a certain point, the sardonic and enraged omniscient narrative voice of the early part of the book sounds very much like him. That narrator, who indicts conductor Herbert von Karajan, and the father of U.S. Secretary of State Madeleine Albright, and the parents of playwright Tom Stoppard, who relates the slaughters of World War I battles in the Trieste area, and the oppression and murder of the refugees of that war, who reports the acts, thoughts, and longings of Haya and who provides most of the outpouring of detail in the book, that voice seems to be Daša Drndić’s. An interview with the author included with the publicity material for the book tells us, “Haya’s story, and later Antonio’s, together with the documents they explore, is a device for the author to address issues of World War II.”

Drndić’s fictional method has been compared with that of W.G. Sebald, apparently because, like Sebald’s novels, it is filled with photographs of real places and persons. But Sebald did not use fiction as “a device to address” historical issues. When he wanted to do that, as in On the Natural History of Destruction, his exploration of the German people’s refusal to talk about the horrors of the Allied bombing campaign, he wrote nonfiction. Very little, indeed almost nothing, happens in the present of Trieste, that is, in 2006. As fiction, it is almost entirely a dense tapestry of thinking, remembering, agonizing and raging. Swatches of poetry are interwoven with the narratives, by Jorge Luis Borges, Eugenio Montale, Danilo Kis, T.S. Eliot and others, though the verses do not seem to be coming from the minds of the characters. The book has a peculiarly unsatisfying ending, as if the author felt that such a story cannot, perhaps should not, actually end.

If there is a clear intellectual and moral implication in this story, it is this: In such infamies as the Holocaust, justice is not sufficiently served even when those who commit the crimes are called to account. Everyone in and around the world of those crimes (such as Haya, who asked no questions of Kurt), those at the next remove from the criminals, such as Antonio, and even those in the world today with no connection to the crimes, are accessories after the fact if they try to put the past behind and say, “It is a terrible history but has nothing to do with me.” Daša Drndić means to be the Ancient Mariner outside the wedding feast, disquieting the guest who only wants to go inside where it is warm.