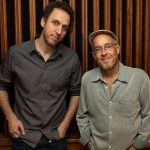 There’s much to admire in If There Are Mountains, modulated pathos as well as subtle joys. 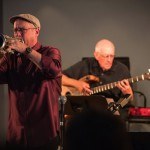 In moments like these, the band Riverside captures the Jimmy Giuffre ideals of sonority and counterpoint — where even the drums act as another complementary linear voice. 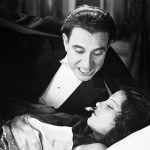 A modern version of the venerable double bill: first, Drácula, a 1931 Spanish-language film accompanied by guitarist Gary Lucas performing his half-improvised original score. Next came the film Spark of Being, a re-imagining of the plot of Frankenstein, co-directed by filmmaker Bill Morrison and trumpeter-composer Dave Douglas, who led his band Keystone in 13 pieces […] 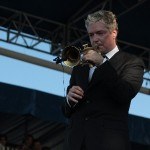 For all the hand-wringing in the media about the death rattle of jazz, what with record stores closing and radio stations losing listeners, Newport reminds you that the art form is alive and well, with a growing audience of people of all ages and races. By Charles McEnerney, Host + Producer, Well-Rounded Radio Both the […]