You are here: Home / Books / Book Review: “The Wanting” — Ambitious and Audacious Fiction about the Middle East

There are so many characters to root for in The Wanting that you tend to read with your head swimming and with an increasing sense of urgency as the senseless is revealed to have a logic of its own. 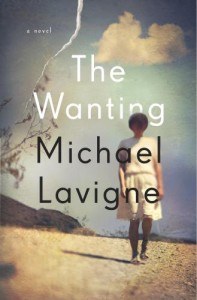 What a pleasure to come upon a piece of fiction as ambitious and audacious as Michael Lavigne’s second novel, The Wanting. I don’t know his earlier book, Not Me, but here clearly is a writer of great talent who is not afraid to tackle a subject most fiction writers wouldn’t touch with a 10-foot pole. The Wanting plunges us immediately into a suicide bombing on a bus in Jerusalem. Before we know exactly what has happened, we are in a trio of heads: the head of Roman Guttman who was injured in the blast and is totally disoriented after he sees a human head fly by him; then, quite literally, in that airborne head of the bomber, Amir Hamid; and also in the mind of Guttman’s 13-year-old daughter Anya, called affectionately by many of the other characters in this engaging book, Anyusha.

Since September 11th many Americans witnessed family and friends going through the aftermath of unspeakable terror, and we have become almost obsessed, wondering what the aftermath of such an event might be for us personally. Here Lavigne imagines it for us in a convincing, sometimes humorous, always compelling way. Indeed, there are so many people to root for in this book that you tend to read with your head swimming and with an increasing sense of urgency as the senseless is revealed to have a logic of its own.

Slowly, as if peeling an onion, Lavigne ventures into what look like the ordinary lives of a Russian Jew who has emigrated to Israel and become a well-known architect; his teenage daughter who alternates between someone too wise beyond her years and yet so delicious and child-like that you want to hug her and warn her and protect her from the terrible tangle she is falling into; the young suicide bomber who has lost everything that mattered to him; and all the other, mostly believable, secondary characters who populate the protagonists’ back stories.

In a world where killing takes place outside the periphery of anything so formal as a war, in a world that seems more and more to function without boundaries and rules, our disbelief has become so suspended that anything is possible, and this is what Lavigne sets out to show. That he creates three such distinct voices is a real accomplishment, one that elevates this book from a lot of the fiction that surrounds it.

Because Roman, unhinged by what has happened, decides to venture into Palestinian territory to find the father of the bomber, we find ourselves beginning to understand, in a new and entirely fresh way, what propelled young Amir to do what he did. We see the humanity in not only ourselves but in our enemies, and if really good fiction is the history of the world, as I truly believe it is, then this is a book we must all take seriously. For here everyone is human—the bomber, his father, the bombed, the girl in the coma, the daughter who gets into trouble because her father has become temporarily unhinged, and even the people who died before this book was even imagined, for beliefs that reflect their unfulfilled longings and failed dreams.

In this fictional place, everyone can fall into extremism—even those who think they are rational beyond question. Here is Lavigne revealing the chilling sameness about extremists—Anna with her new friend, Miriam, who will lead this unsuspecting and easily influenced child into a fanatic group spawned by our own Meir Kahane:

. . . she took hold of my hands and said, “Everything has a divine purpose, doesn’t it Anna”
I had to be honest with her. I said I didn’t know. That was my problem.
“Yes, tell me exactly what your problem is,”she said.
“I don’t know if I believe things have a purpose,” I told her. “I just know they exist.”
“But you don’t have to believe,” she said. “You just have to act. There is an old Jewish expression, Do first, believe later. You don’t have to believe anything. You just have to do. When the Torah was given on Mount Sinai and Moses presented it to Israel, they replied in one voice, ‘We shall do and we shall hear.’ You don’t have to hear anything, you just have to do.”

And here, 75 pages later, is Amir being indoctrinated by his “mentor”:

Make haste to prayer! Make haste to prayer!
How often had I heard the adhan? I was nineteen years old, nineteen years equals six thousand nine hundred and thirty-five days, six thousand nine hundred and thirty-five days is thirty four thousand, six hundred and seventy five calls to prayer.
Walid was ready to begin. His face shone with some inner light, some inner conviction, some inner joy. He brought his hands up to begin his salah.
Suddenly I said to Walid, “Why should I pray if I don’t believe?”
He smiled at me. “Brother,” he said, “do first. Believe later.”

The great triumph of this book is its intimacy—we see certain events in scenes, other events are told, but most of them work. Occasionally there is too much detail, as in the Russian backstory of Anya’s mother, Collette, who somehow eluded me and whose fate was very familiar to anyone who has even a small grasp of twentieth-century Russian history.

My only real disappointment came toward the end when the violence piles up unnecessarily and I felt as if I was watching a shoot-em-up that was over the top and had become almost laughable. I wish that Lavigne had not felt compelled to tie up all the threads and create more and more terror. He didn’t need to hit us over the head with the message that such planned killing brings death and horrible wounds—he had already shown us that—and I think he would have had a stronger novel if it hadn’t been so plot-heavy or so pessimistic at the end. In some ways, facing a future where extremists have so much power is braver than dying.

But if you can get past that, it will be the characters that you remember; they linger in the mind so vividly that I think of them every time I read about the Middle East. And maybe if enough people can begin to understand that we all want the same thing—thus the title—some of this craziness will someday end.