From Mobile to Mars, from the mind of Robin Williams to the rise and fall of a Pez entrepreneur, and with a side trip to Newton South High.

The documentary genre continues to grow into the most prolific and significant in cinema. Here are five nonfiction films that have been recently released or are upcoming and are worth a look. 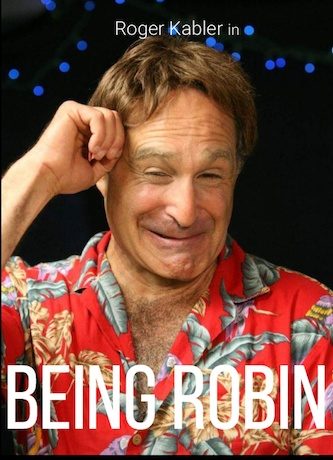 After Robin Williams died of suicide in 2014, the spirit of the beloved manic comic inhabited (for a time) the body of Roger Kabler. Or perhaps, as the psychiatrist who had been treating Kabler for bipolar disorder tells him, he is suffering from the same kind of delusions as patients who claim to be Einstein or Napoleon.

Except those patients are not likely to conjure up a theory of relativity or conquer Europe. As chronicled in Being Robin, Kabler’s film about this transformation, when the spirit moves him his impersonations of Williams are uncanny, unnerving, hilarious, and moving. He’s not always funny, but neither was Williams. It’s a giddy, unstoppable outpouring of free association, scatology, neediness, mawkishness, and comic genius.

The exigencies of production and perhaps a desire to mirror Williams’s antic imagination contribute to the film’s rough-around-the-edges, kaleidoscopic form. Footage of Kabler as Williams in performance is interwoven with reenactments of his attempts to comprehend and come to terms with whatever is happening to him. He is beset with an influx of gleeful nonsense and savvy satire that will not let him rest. Being Robin was a burden for Williams himself, and it is a relief for Kabler — and perhaps the viewer too — when it is finally lifted from him.

Being Robin is available here.

As recounted in Margaret Brown’s layered and trenchant film Descendant, in 1860 a plantation owner named Timothy Meaher sailed a schooner called the Clotilda with a cargo of 110 enslaved persons from Africa to Mobile, Alabama. Because importing slaves was by then illegal and a crime punishable by death, Meaher burned the vessel and sank it. The white community never spoke of the deed, but the descendants of those illegally transported — inhabitants of a Mobile community called Africatown — never forgot.

Their telling of the tale was supported in 2018 when Barracoon: The Story of the Last Black Cargo by the novelist and anthropologist Zora Neale Hurston (author of Their Eyes Were Watching God) was finally published. The 1927 study of the community featured an oral account of its history by the founder and Clotilda survivor Cudjoe Lewis. The recovery of that text was followed by the recovery of the ship itself in 2019 — conclusive evidence of the crime and of the resilient spirit of the victims.

Brown includes archival film shot by Hurston of Lewis and readings from his testimony. She interviews historians, archaeologists, and the descendants of those transported on the Clotilda. But Timothy Meaher’s descendants refused to speak to her. The family still owns property in Africatown. For decades, the clan allowed heavy industry to use the property to poison the environment and the people who live there. Though the Clotilda remained hidden for over 150 years, the legacy of slavery poisons us still.

Descendant can be seen on Netflix. Go here.

Local filmmaker Lucia Small demonstrates an eye for the absurd in Girl Talk, her shrewdly observational documentary about female members of the Newton South High School debate team. Like a shot of a classroom full of teenagers with pens between their teeth, yammering in a vocal exercise. Or the fact that though 40 percent of students participating in high school debate teams are female, only 10 percent of them win. One such debater notes that judges tend to go by appearances. Though the film offers ample evidence that girls are often more cogent, persuasive, and logical than boys, they are not perceived as winners.

Tell that to Oprah Winfrey, Sonia Sotomayor, and Hillary Clinton (the latter shown in her 2016 debate with a bizarrely inept and bullying Donald Trump), all veterans of high school debating. The system is being reformed to eliminate gender bias but, as one coach ruefully observes, unless the inequities outside academia are addressed, debaters will be prepared for “a world that doesn’t exist.”

That aside, Small’s film reveals what seems like another absurdity of the high school debate format. Traditionally admired oratorical techniques, such as carefully reasoned arguments, tend to score less than the sheer volume of data and argument points spewed out. The content might be questionable, but if an opponent is too overwhelmed to challenge it doesn’t matter. Nevertheless the Newton South girls are up to the task, and the resulting competitions — though their verbal flurries are sometimes incomprehensible — prove to be suspenseful, exciting, and gratifying.

Before megalomaniacal billionaires wanted to head up to Mars, the space program had been the bailiwick of engineers, scientists, and similarly impassioned geeks. Ryan White’s visually splendid but conceptually uneven Good Night Oppy shows these creatures of science at their best in the Mars Exploration Rover missions. Teams of dedicated and determined experts doggedly worked together to bring fantastic gizmos to life, devices that expanded the horizons of human knowledge and aspiration. Who could blame them if they anthropomorphized their creations, given that they were so cute, courageous, and resourceful in fulfilling their missions?

And then some. Launched a few weeks apart in 2003 and landing on Mars in January 2004, the probes Spirit and Opportunity were supposed to explore the planet for 90 days before their expiration. But Spirit soldiered on until 2010. And Opportunity kept going until 2018.

Stunning CGI reenactments by Industrial Light & Magic depict the two rovers’ epic encounters with sandstorms, freezing cold, scorching heat, and treacherous landscapes. Interviews with members of the mission teams and archival footage recall moments of triumph, anxiety, and grief. The songs played to “wake up” the rovers from their battery-recharging hibernations are especially resonant. When Oppy looked like she was a goner — after running up against a dust storm — the team back home played the Beatles’ “Here Comes the Sun” to joyous success. In the end, when it was clear she wasn’t going to wake up again, they played Billie Holiday’s “I’ll Be Seeing You.” The hard-nosed team member who picked that song chokes up at the memory.

Affecting though the film can be, perhaps it might have included more science and less sentiment. It has less edge even than WALL-E (2008), the animated movie about the titular trash compactor robot whose design was clearly inspired by the rovers. (Surprisingly no mention of WALL-E occurs in the film — perhaps because that movie was made by ILM animation rivals Pixar). A brief mention is made of the insights into our own planet’s environmental crisis that the Mars mission might provide, but it is not enough — the terrestrial benefits of such costly adventures deserve a closer examination.

Good Night Oppy screens at the Kendall Square Cinema beginning November 4 and will be available on Amazon November 23.

In this age of virtual assets like bitcoin and nonfungible tokens, there is something refreshingly analog about the coveted trinkets in Amy Bandlien Storkel and Bryan Storkel’s roguish and shrewd The Pez Outlaw.

It begins with wayward entrepreneur Steve Glew, who, like many aspiring American capitalists, sought to turn his passions into income. Suffering from OCD and chronic depression and with the unkempt appearance of someone you might not want to make eye contact with on the subway, he first sought relief from his mental disquiet by collecting cereal boxes. He amassed thousands of them and, though they were pristinely maintained and neatly folded and stacked, they had no apparent value.

But then he happened to notice the gewgaws offered on the backs of the cartons and found out that they were coveted collectibles. As one of his friends puts it, he learned how to “play the coupon system,” ordering hundreds of the odd toys and other freebies pitched on the carton, which he would take to conventions and sell to collectors. It was a gold mine — until the cereal companies caught on and allowed only one coupon per household.

Not one to be easily discouraged, Glew found a new angle. While hitting the collectible conventions he had discovered the world of Pez dispensers. He learned about an obscure factory in Slovenia that made unique versions of these oddities that were not distributed in the US. Smuggling them in, he cornered the market in this illegal trade and called himself “The Pez Outlaw.” Then hubris took over.

It’s a Frank Capra morality tale with product placement. Though the fanciful reenactments can be a bit much, the film’s madcap spirit and mordant insight into the workings of money, greed, ego, and power prevail.

The Pez Outlaw is available on demand and on DVD. Go here.

Peter Keough writes about film and other topics and has contributed to numerous publications. He had been the film editor of the Boston Phoenix from 1989 to its demise in 2013 and has edited three books on film, most recently For Kids of All Ages: The National Society of Film Critics on Children’s Movies (Rowman & Littlefield, 2019).