You are here: Home / Commentary / Television Review: “The U.S. and the Holocaust” — Vital Questions Left Unanswered

The U.S. and the Holocaust leaves a vital question unanswered: Is this the kind of nation we want to live and worship in?

The U.S. and the Holocaust, a film by Ken Burns, Lynn Novick, and Sarah Botstein. Based on the exhibit “Americans and the Holocaust” at the United States Holocaust Memorial Museum, Washington, D.C. Presented by Public Broadcasting Service (PBS) on GBH-2, Boston, in three, two-hour segments, beginning on September 18.

As I viewed the PBS film The U.S. and the Holocaust, a question lodged in my mind: The Holocaust has been so thoroughly documented, what can this film teach us?

Co-director Lynn Novick claims the film deepens our understanding of “one of the greatest humanitarian crises of the 20th century” by probing America’s response to the Holocaust and by showing us how “we are still dealing with questions about immigration, refugees, and who should be welcomed into the United States.”

Given what’s happening today, from the uncertain plight of refugees to the rise of antisemitism in the U.S. and Europe, the film is breaking at the right moment. And while viewers may complain that six hours seems overlong, compare that running time with another (critically acclaimed) Holocaust documentary, 1985’s Shoah. It ran for nine hours. When the pugnacious French director, Claude Lanzmann, was queried at a press conference at Boston’s Park Plaza Hotel, he dismissed objections to the movie’s length: “Six million people were murdered. I’ve spent 11 years of my life trying to tell their stories. In my opinion, the film is too short. Next question.”

Applying Lanzmann’s statement to The U.S. and the Holocaust spotlights one of The U.S. and the Holocaust‘s key fault. Burns et. al. chose to devote the majority of documentary’s footage to re-examining the various factors (religious, political) that led to the Holocaust in Europe – and to America’s inaction toward the plight of the Jews. Our current malaise is left untouched. On the one hand, they want us to grasp the human cost of dehumanizing hatred, to know its roots. But they do not make good on their promise to explore why antisemitism is on the rise in our nation today. And what can be done about it.

Instead, we are left to connect the dots ourselves — it’s the old ‘we report, you decide’ strategy. A tantalizing (alas, single) dot is supplied during the series’ windup. We are shown a 30-second clip of a white-supremacist rally in Charlottesville, Va., (the one where the torch-wielding neo-Nazi throng yelled, “Jews will not replace us!”). There is another clip that shows the Jan. 6, 2021 insurrection in Washington, D.C. where armed barbarians wore Camp Auschwitz sweatshirts as they stormed and ransacked the Capitol. That’s all folks.

This is not to say the film fails to teach important lessons, mostly pointing out America’s shameful past. I did not know that Hitler was inspired by our homicidal treatment of Native Americans and African Americans; he wrote with admiration of America’s racist past in his autobiography Mein Kampf. I had read Anne Frank’s diary and visited the secret annex where she and her family hid from the Nazis in Amsterdam. But I did not know her father, Otto Frank, had applied for a visa to repatriate his family to the United States, only to be rebuffed. I did not know the full extent of antisemitism in the United States Department of State during the ’30s and ’40s; officials there did all they could to keep refugees from entering our nation during the war. And while I knew that famed aviator Charles Lindbergh was a stalwart isolationist, I did not realize the extent to which he harbored disdain for Jews.

But what is the point of the history lesson unless it leads to a direct and informed call to action? Where is the rallying cry for activism — with names named? What is the necessary next step for a united citizenry to create a more tolerant society? I live in a nation where a horrific shooting took place at the U.S. Holocaust Museum in Washington, D.C., killing a museum guard. Where a major political party refuses to denounce the neo-Nazis in its midst. I live in a town in Greater Boston where two years ago a synagogue ten minutes from my apartment was firebombed – not once, but twice — while the rabbi and his family who live there were asleep in their beds. I live in a city when five years ago the glass panes of the New England Holocaust Memorial where shattered. Another Holocaust museum is being planned for Tremont Street in Boston because, the private investors say, we are not doing enough to teach young people about this painful chapter of our history. Note: A 2020 50-state survey of Holocaust knowledge among millennials and Generation Z was alarming: sixty-three percent of those surveyed did not know 6 million Jews were murdered in the Holocaust. Over half of those thought the toll was under 2 million.

Yes, it is important for Americans to learn about the roots of antisemitism and the history of the Holocaust. But Ken Burns’ documentary, perhaps because it doesn’t want to generate controversy or dismay funders of various ideological stripes, falls disgracefully short when it comes to recommending where we go from here.

It is a time of crisis, in Boston and in many other U.S. cities. The High Holy Days are approaching and Jews will head out for worship services, a number of synagogues engaging security patrols armed with automatic weapons. The U.S. and the Holocaust leaves a vital question unanswered: Is this the kind of nation we want to live and worship in?

Robert Israel can be reached at risrael_97@yahoo.com. 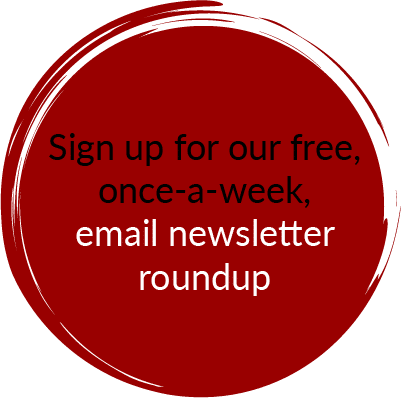