Unlike so many of the iconoclasts from the ’80s, these architects of alternative rock stay true to their school. 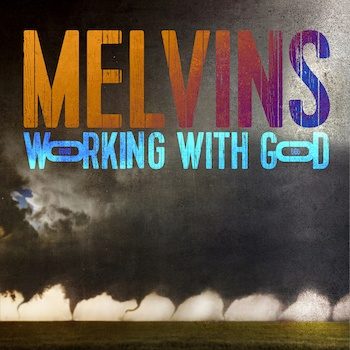 It’s been 40 years since the Melvins and the Butthole Surfers began to gleefully flip the conventions and pretensions of rock ’n’ roll manufactured for mass consumption. Unlike so many of the iconoclasts from those days, these architects of alternative rock are staying true to their school.

And the Beach Boys reference is apt because the new Melvins record, Working with God, kicks off with the song “I Fuck Around,” a sardonic reworking of Brian Wilson and Mike Love’s giddy “I Get Around.”

Born Stupid fits in with the psychedelic-punk mash-ups that defined the Surfers, though in this go-round Leary doesn’t unleash too many slash ’n’ burn guitar bursts. Instead, he traffics in loping country tones, wobbly waltzes, and frothy cartoon textures (except on “What Are You Gonna Do,” three minutes and 20 seconds of pure satanic tumult).

The childlike innocence of the music Leary composed and performed with drummer Josh Freese serves as the ironic vehicle for dark, dirty, and disturbing content. “Do You Like to Eat a Cow” is sure to inspire a wave of converts to vegetarianism given its graphic, deadpan descriptions of exactly what we are willing to do to what we consider “food.”

Born Stupid is surprisingly nostalgic as well. Leary turns back to the Surfers’ catalog for “The Shah Revisited” and “Gary Floyd Revisited.” The former takes the furious “The Shah Sleeps in Lee Harvey’s Grave” and transforms it into a screwball organ-driven waltz; the latter morphs the original garage-rock homage to Dicks’ singer Gary Floyd into a chiming acoustic ballad.

Leary also covers The Vandals’ “Mohawk Town” and Bad Livers’ “The Adventures of Pee Pee the Sailor,” a couple of the more demented gems secreted in the underground of early ’80s rock.

Born Stupid is a quick, campy shot of psychedelia concocted by an expert of the form.

Speaking of expertise, the Melvins once again deliver a bruising and amusing blend of punky sludge via Working with God.

Drummer Mike Dillard, who helped form the band with guitarist and singer King Buzzo back in 1983 but left shortly thereafter, returns to keep the beat on this record. Longtime drummer Dale Crover makes room and plays bass here for what is dubbed as an album from the Melvins 1983. 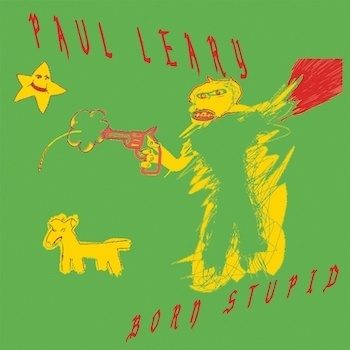 The Melvins fly highest buoyed by the record’s cleverly deconstructive juxtapositions. As mentioned, the album opens with “I Fuck Around,” which twists the Beach Boys’ original slice of bouncy rock ’n’ roll into a subversive slice of slouch ’n’ sneer.

Same with “1 Fuck You,” which boasts a chiming melody that Cheap Trick would have made into radio gold in the late ’70s. The Melvins strip away all the euphemisms that decorate heartbreak pop and cut right to the chase.

The Melvins bring the project home with a coup de grâce: a one-two punch that conjoins the metallic squall of the song “Hund” with a lackadaisical cover of The Spaniels’ “Goodnight Sweetheart Goodnight.”

Working with God may look like nonchalant lampooning, but the Melvins are in firm satiric control; any drives to the edge of good taste and beyond are completely intentional. And welcome.