This should be a much better recording. JoAnn Falletta is an accomplished conductor and the Buffalo Philharmonic one of the country’s best orchestras. They certainly play like it in the course of these seven excerpts from The Ring of the Nibelungen (a Naxos recording), offering moments of strength and radiance not to mention technical security.

In a word, interpretations. These are, without a doubt, some of the most somnolent, lethargic performances of this familiar (and, usually, thrilling) music that I’ve ever heard.

Take the opening “Entry of the Gods into Valhalla” from the tetralogy’s prologue, Das Rheingold. This is supposed to depict a majestic ceremony that’s at once triumphant and laced with foreboding. Unfortunately, none of either quality is present in this reading. Instead, what we get is a processional as a lullaby: soft (save for the outer minutes), slow (throughout), completely lacking in excitement or momentum.

Things don’t much improve in either the of the Walküre excerpts, the “Ride of the Valkyries” or Wouter Hutschenruyter’s arrangement of Wotan’s Act 3 farewell to Brünnhilde. The former is competently played but, again, without any spark of energy. The latter, while boasting some of the disc’s finest orchestral playing (especially from the brasses), falls flat, consistently feeling held back against its will.

The Siegfried fragment (“Forest Murmurs”) and first snatch from Götterdämmerung (“Prologue and Siegfried’s Rhine Journey”) fare best. Falletta draws out their evocations of nature to fine effect, and you hope a corner’s been turned. It hasn’t, though: the old slogging tendency reemerges in a trudging “Siegfried’s Death and Funeral March” and the concluding “Immolation Scene” is piecemeal and lackluster.

What gives? Who knows. The fact is, there’s no excuse for Wagner playing like this, especially at budget price – doubly so when you can Szell or Böhm or Solti or Tennstedt or pretty much any great conductor/orchestra pairing in this repertoire for the same price. 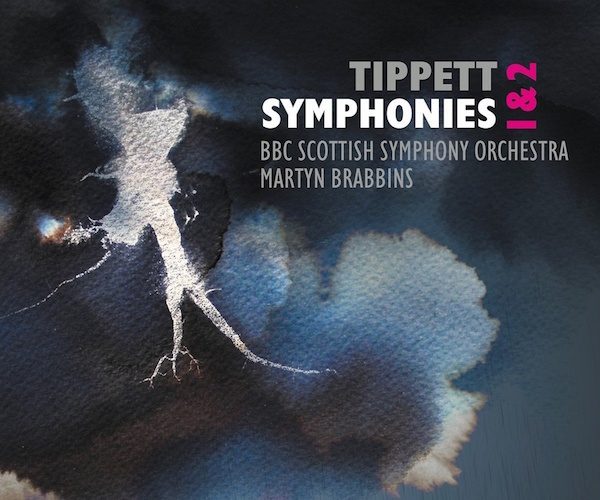 There’s nothing easy about Michael Tippett’s first two symphonies, as Martyn Brabbins’ new recording (for Hyperion) with the BBC Scottish Symphony Orchestra (BBCSSO) reminds. They’re jagged, knotty scores, neither of which offer easy answers to the questions they pose.

But their difficulties don’t justify their neglect over the last seventy-plus years. There’s nothing in either of them of which a listener familiar with Stravinsky’s symphonic works, Shostakovich’s, or the later Vaughan Williams can’t make sense.

So where have they been? Part of the mystery surely lies in the neglect of Tippett’s overall output, while some percentage probably owes to the occasional severity of Tippett’s writing in these scores. Whatever the explanation, they’re welcome pieces to hear and to encounter in new recordings.

What, then, to make of this one?

Brabbins and his forces give a largely energetic performance of the First. While keeping some of the first movement’s sterner gestures at arms’ length, the second-movement’s mysterious variations are beautifully played. The third movement is a bit heavy-footed, though plenty brisk, and the finale’s busy textures played with terrific agility.

In the Second Symphony, Brabbins emphasizes the music’s slashing rhythmic qualities while also mining the expressive depths of the melancholy second movement (the opening trumpet/harp duet is particularly affecting). His is a solid reading, if not a totally inspired one – the Colin Davis and Richard Hickox editions of this piece sound, generally, more brilliant and invigorating.

Still, there’s much to admire in Brabbins performances, above all his clear sympathy with the most introspective moments in both symphonies. That’s enough to warrant exploring these interpretations.