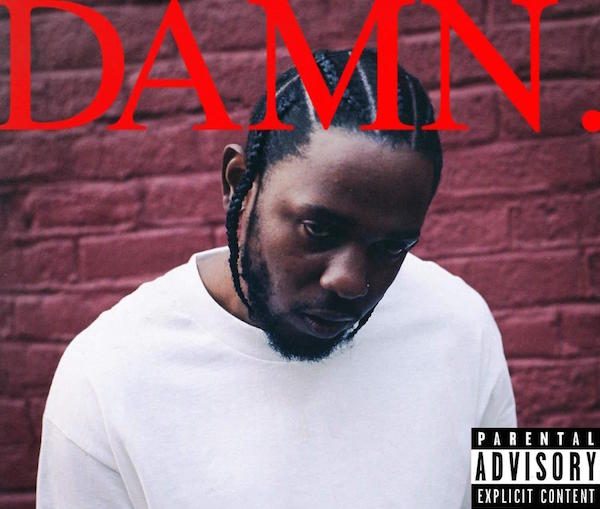 A lot is expected of Kendrick Lamar. In 2011, shortly after the release of his debut album, the torch was formally passed to him by West Coast legends Dr. Dre, Snoop Dogg, and the Game. His 2012 sophomore effort Good Kid, m.A.A.d City garnered rave reviews, hailed by many within hip-hop fandom as an instant classic. 2015’s To Pimp a Butterfly topped many year-end best-of lists and was nominated for eleven Grammys. Some critics named him one of the greatest rappers of all time. What can be expected of an artist rising at such an outrageous pace?

Lamar’s latest effort, DAMN., is a departure from his earlier releases, which stood out from the majority of hip-hop albums in large part because of their conceptual ambition and measured, cohesive messages. In contrast, DAMN. is a manic, uneven project that finds Lamar searching for answers that may never come.

Prospective listeners may conclude that uncertainty wouldn’t be sonically enjoyable, but that just isn’t true. Yes, DAMN. moves away from the lush, jazz and soul-influenced sound of To Pimp a Butterfly and into the conventional territory familiar to hip-hop audiences. Nonetheless, the production team on this album—an eclectic mix of hitmakers and unsung heroes, newcomers and frequent collaborators—have managed to keep things interesting.

Take, for instance, the lead single from the album, “HUMBLE,” a collaboration with Mike Will Made It (the super-producer behind smash hits like Rae Sremmurd’s “Black Beatles” and Beyoncé’s “Formation”). It seems at first to be a bizarre choice for Lamar, who has generally stuck with respected underdogs and in-house producers throughout his career. But any doubts about the pair’s chemistry are slashed once the beat drops. It’s a spare, thumping affair driven by infectious, groovy keys that makes it difficult to keep still. To employ some jargon, it slaps.

Other tracks find Lamar experimenting in other directions. “PRIDE” finds him adopting a slower, R&B-influenced, sing-song style that contrasts sharply with the rapid-fire verses that snapped listeners to attention on his earlier releases. Lamar also ventures into singing territory on “LOVE,” a poppy ode (ostensibly to his high-school sweetheart and fiancée) that features relative newcomer Zacari. It’s remarkable that these tracks work as well as they do. Lamar is a rapper’s rapper, and yet manages to create two stand-out tracks in a style that would seem to be well outside of his comfort zone.

Rather, on DAMN., Lamar is concerned with self-diagnosis, portraying himself as a manic artist as well as a flawed human. The boisterous “DNA” is followed by the depressive “YAH.” The darkness of “FEAR” leads into the euphoria of “GOD.” A particular mood, once established, is immediately tossed aside for another. The fleeting nature of political passion and energy is referenced in the lyrics of “LUST.” Here Lamar recalls the stresses of November 9th, only to conclude that all of the post-election hand-wringing ended with those affected “reverting to our daily program / stuck in our ways.”

This aura of indecision, driven by a lack of confident answers, is best summed up in the closing track, “DUCKWORTH.” Titled after Lamar’s (actual) surname, it tells the story of an encounter between Lamar’s father, here called “Ducky,” and Lamar’s future boss, Anthony “Top Dawg” Tiffith. Set during Lamar’s early childhood, the narrative insists that Lamar’s success in music — perhaps his very survival — hinged on a simple peacemaking gesture that saved the lives of his father, a drive-thru employee, and his future mentor, an active gang member. We’re left to wonder what would have become of Lamar had his father died and his mentor gone to prison. How would his life have been shaped? By recognizing the power of chance, “DUCKWORTH” suggests that life is as precarious as it is precious, and that a bullet not fired is all the sense that can be made of it.

DAMN. is an album like none other in Lamar’s impressive discography, a scattered album for a scattered time. Fans expecting yet another expansive and ambitious project may be disappointed. Instead, Lamar has given us a highly listenable portrait of the artist at his most uncertain, and in that respect, he soars.