You are here: Home / Featured / Book Review: “With the Radio On” — The Modern Lovers, Aptly Canonized

The regional specificity of “Roadrunner” especially hits home for Bay Staters, but really it could be anywhere, maybe even Route 66. 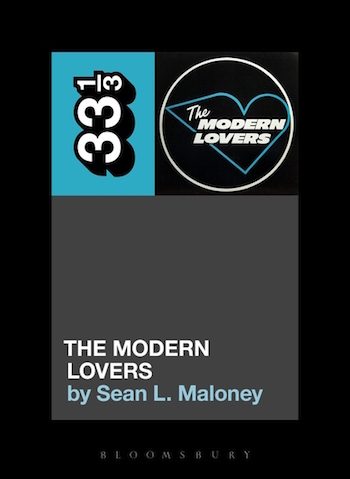 In the seventies, Jonathan Richman was nothing more than a geeky, impetuous Velvet Underground fan-boy from in the Massachusetts suburbs who wrote killer garage rock about such popular subject matter as the joys of monogamy (“Someone I Care About”), nostalgia for European art (“Old World”), longing desperately for a mentally ill person (“Hospital”), looking forward to old age (“Dignified and Old”), not settling for anything but the truest of love (“Girlfriend”) and that oldie but a goodie, not one but two songs about losing out on potential love interests because you proudly abstain from doing drugs (“I’m Straight” and “She Cracked”). After attending a live performance on the Boston Common, a Boston Phoenix reporter said of Richman that he “looked like Dustin Hoffman, but moved like Mick Jagger.” As the song memorably states: “Pablo Picasso was never called an asshole.”

There’s also the matter of the opening track, the immortal “Roadrunner” which has been covered by everyone from The Sex Pistols to M.I.A. Listed at #269 of The Guardian Magazine’s top 500 songs of all time, “Roadrunner” was referred to by Greil Marcus as “the most obvious song in the world, and the strangest.” Simplicity is its genius; some call it the first punk song for a reason. A steady, propulsive, two-chord beat takes in nothing and everything all at once — the joys of riding in a car, on Route 128 when it’s dark outside, with the radio on. The regional specificity especially hits home for Bay Staters, but really it could be anywhere, maybe even Route 66. It makes going to the Stop ‘n Shop in the middle of the night a transcendent experience. In fact, the song could encapsulate your entire youth in just over four minutes.

Bloomsbury’s stellar 33 1/3 series of in-depth looks at classic albums has recently added a new book on The Modern Lovers’ only record, rewarding it with the canonization it has long deserved. Sean L Maloney, a Boston-based arts critic and journalist, wisely weaves the story of the record with the history of the place it was made in and openly inspired by, the state of Massachusetts and Boston, the hub of its universe. Comedian Bill Burr once cracked that outsiders think everything in Boston is like Good Will Hunting, but it’s well worth remembering that — in the late seventies, only a couple generations ago — the movie de jure was The Friends of Eddie Coyle.

With our brick and our bicycles and our bookstores, Boston can easily signify gentility to the rest of the country, but that’s more about marketing than reality. For every elite university and state of the art hospital there is also the working-class struggles of immigrant and blue-collar families often at odds with the city’s funkier, more radical tendencies and stuffy, elitist old guard. It’s the capital of the most reliably liberal states in the country, and one of the most educated, but that doesn’t mean there aren’t plenty of burnouts and drunks and old people yelling things on the street.

Boston’s always been a bustle of grating contradictions, its at times apparent liberality clashing with traditional Puritanical mores. Maloney vividly and thoroughly describes the intense social pressures of a changing city — mendacious urban renewal, seething racial tensions, and legendary political shenanigans. Maloney’s image of the scruffy, desperate city of the recent past is as fresh and relevant as ever, with the looming shadows of gentrification and corporate homogeny casting mighty expensive shade across every quaint neighborhood. 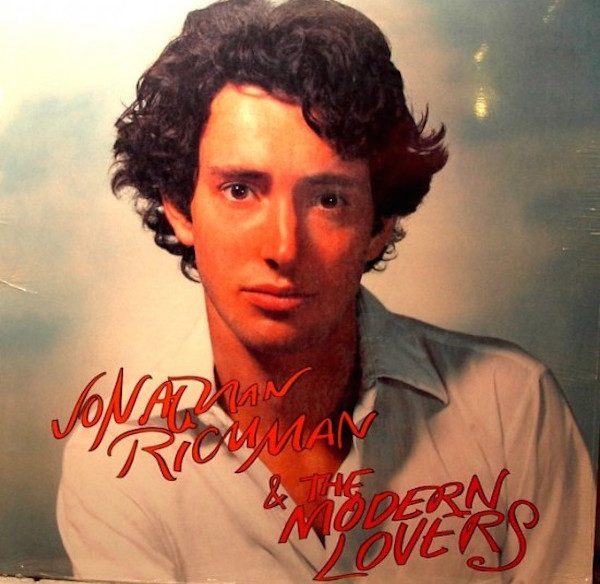 Just as importantly, Maloney understands the record’s unique tone, shifting between exuberance and heartbreak. Richman may have hailed from suburbia, and even in a sense upheld its values, but he’s very much a creature of his time and place. The Modern Lovers is a city record, but it’s not about partying or surviving on the mean streets. It’s about being sophisticated and thoughtful enough to appreciate what the modern world has to offer, while not falling victim to its excesses. When Richman says, “put down your cigarette/ and drop out of BU” he doesn’t say that as a yokel — he just can’t stand pretentiousness. Richman was a thoughtful lad, perhaps a bit on the oversensitive side, but he secretly nurtured a stubborn Emersonian visionary streak — he resolutely does his own thing, whether it gets him anywhere or not or last for very long, which is sort of the point of rock n roll in the first place.

Maloney doesn’t push the comparison too hard, but he’s quite right to point out the transcendentalist themes in some of Richman’s songs. “Astral Plane” is about being alone in your room pining for your heart’s desire, only being able to meet for sure in the eponymous psychic space. It doesn’t sound like an easy thing to pull off, but Richman must “overcome the physical in order to attain the love he years for, needs to project beyond the material world and his own shortcomings to be worthy of reciprocal love. “Astral Plane” unlocks a new dimension on one of pop music’s enduring themes.” Richman was, in his own way, a modern version of the venerable New England tradition of following the beat of your own drummer.

Tragically, what adds to the allure of The Modern Lovers is its ephemerality. The songs are actually recorded demos for a planned record that was never to be. The band broke up, for various reasons, shortly after they were on the cusp of making a go of it. The spontaneity of the sessions adds a ragged charm that generates an inviting intimacy. When Richman says he’s called this number ten times today, you’re in the room with him. His vocals are so disarmingly hoarse, not only because he actually did walk through the Museum of Fine Arts with his heart in his hand, as one song describes, but because he recorded the demos with a head cold.

The band had an impressive afterlife: two Modern Lovers went on to be in The Cars and The Talking Heads and Richman has had a long solo career. He even appeared as a sort of Greek chorus in the movie There’s Something About Mary, a fact that most likely went unnoticed by its audiences. A legislative initiative that would make “Roadrunner” the official rock song of Massachusetts has been proposed and is evidently currently out of the loop, despite efforts to let it take its rightful seat in our statewide musical pantheon, alongside our official state folk songs and state polka. After you read Maloney’s take on The Modern Lovers, you might consider mailing your local legislators a copy.