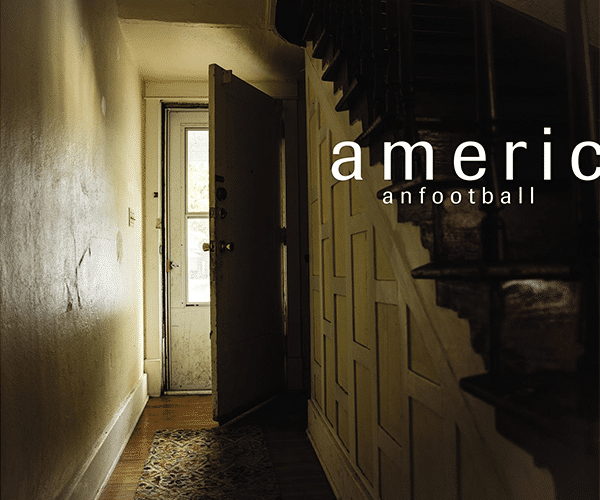 Seventeen years ago, emo legends American Football dropped their landmark self-titled album. Shortly thereafter, they broke up. This October, with their identically titled follow-up, they have dropped the ball.

In the interim, between their breakup and their new release (subtitled LP2), the band generated a huge cult following, casting a sort of Jeff Mangum effect on fans. The original American Football assumed monolith status, a sacred rite of passage for emo initiates as well as one of the most influential albums in the genre.

When a new American Football album was announced last August, the internet was abuzz. Which inevitably meant that unreasonably high hopes would greet the release. After all, frontman Mike Kinsella had remained active after American Football’s breakup, releasing music under the name Owen and as a member of the group Joan of Arc. The choice to get American Football back together signaled to fans that the material on LP2 would live up to the band’s legacy.

The original American Football received critical acclaim for its complex math-rock rhythms, odd time signatures, and heartfelt softness. The band tries hard to recreate these qualities on LP2, but the underlying sharpness that made the earlier sound distinctive is missing. Where the original American Football captivated despite its softness, LP2 feels, for lack of a better word, sleepy.

American Football was packed to the brim with shimmery, nimble melodies, produced by the dueling guitars of Steve Holmes and Mike Kinsella. LP2’s attempts at replicating this magic fall disappointingly flat. With the exception of “Desire Gets in the Way,” the guitar parts on LP2 are quite plain. Stripped of what is arguably its most compelling strength, the band ends up sounding pretty much like many of the mediocre bands it influenced after its first album: aware of what made the sound so great, but unable to duplicate it.

The lyrics on LP2 are fine for the most part. Some are even quite striking. “My Instincts are the Enemy,” for instance, includes a wonderful verse where Mike Kinsella sings “Translate all the colors that I can’t see / I think I’m in trouble / You explain why all the reds look green to me.” This is the sort of subtle yet plainspoken lyricism that won the band praise on their first LP.

But there are also misses. The opening track “Where Are We Now?” is among the weak spots, featuring such cliche sentiments such as “We’ve been here before / But I don’t remember a lock on the door / Is it keeping me out or you in?”

These moments would be far more forgivable if not for an additional problem: the mixing on Kinsella’s vocals. On the first American Football, vocals were modulated to blend in with the instruments. Kinsella’s voice took on a dynamic quality, agilely mingled with the music, rising and falling as his singing became more impassioned. On LP2, the vocals are much louder and up-front, so that nuanced dynamic is lost, every lyrical faux pas spelled out loud and clear.

Considered on its own, LP2 is not a bad album. But for emo heroes American Football, it’s a distinctly unheroic effort.