Three CDs from musicians to be reckoned with. The standout is another triumphant installment in Kazuki Yamada’s survey of 19th- and 20th-century dance-themed works with the Orchestre de la Suisse Romande. 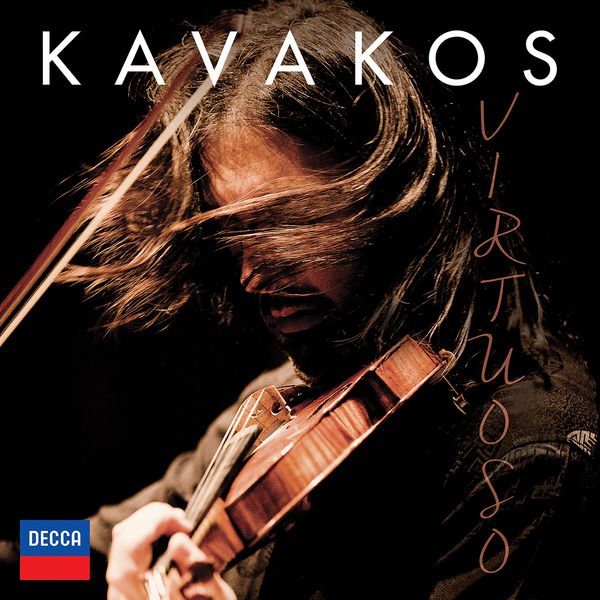 Visually, there’s no doubt that violinist Leonidas Kavakos looks the part a virtuoso: the cover picture of his eponymous album on Decca shows him in full rock-out mode, long hair flying. And his playing on the disc lives up to the image. Whether it’s Stravinsky, Sarasate, Tchaikovsky, or Paganini, there are no challenges too intimidating for Kavakos’ fingers: he navigates all the notes vigorously and with abandon.

In fact, maybe the most interesting thing about this release is that former quality. Kavakos isn’t so much a violinist of the Heifetz/Perlman mode – i.e. one whose playing is marked by a pure, singing tone, pristine intonation, and no flecks of grit – so much as he seems to be one who follows the model of someone like Gidon Kremer, a fiddler who isn’t averse to wrestling in the mud (so to speak) with certain musical ideas.

That’s not to say that his playing is ugly or unpleasing. Quite the contrary. It sings with glowing tone and dances energetically, no where more so on this disc than in pieces as contrasting as Sarasate’s Caprice Basque and Elgar’s La Capricieuse. But there’s a welcome earthiness to it, as well. If you somehow don’t think Paganini’s Variations on “God Save the King” are fiendishly difficult, well, you will after hearing Kavakos tear through them. No, he doesn’t struggle to get through them, but he doesn’t hide the music’s demands, either. The result is playing that’s intimate, humane, and immediate.

And those are remarkable qualities to find in a recording of pieces that are, by and large, little more than airy showpieces. Kavakos makes them speak in more than just the usual way. In that, his performances here call to mind Luciano Berio’s comment about “virtuosity of the intellect,” playing that’s not just technically proficient but applying said technique to thoughtful, expressive ends. Here, Kavakos and his accompanist, Enrico Pace, are just that: at the end of the day virtuosi working at the highest level. 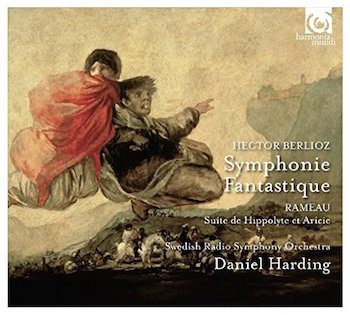 Over the last couple of years, Daniel Harding and the Swedish Radio Symphony Orchestra (SRSO) have been involved in some of Harmonia mundi’s most satisfying releases: their accompaniments of Isabelle Faust’s accounts of the Bartók violin concertos and Paul Lewis’s reading of Brahms’s Piano Concerto no. 1 were nothing short of superb. So it’s nice to come across an album that features the ensemble on its own. And, in many regards, their playing in the Suite from Jean-Philippe Rameau’s Hippolyte et Aricie and Berlioz’s Symphonie fantastique proves they’re an ensemble with which to be reckoned.

The Rameau, a set of nine short airs and dances that were interspersed into his adaptation of Racine’s Phédre, is a welcome discovery. Harding and the SRSO play each of them with exemplary thrust, vigor, and roundness of tone. This isn’t exactly a period performance – the instruments are modern, after all – but Harding does manage a pleasing lightness of texture, which tells especially in the second-movement “Air en rondeau pour les amours” and fourth-movement “Marche. Gracieusement.” If the novelty of these dances is less pronounced than the album’s liner notes makes them out to be, it’s at the very least striking to note the rhythmic clarity with which Harding drives them each forward; interpretively, the Suite is, in this conductor’s hands, close kin to the later Symphonie.

The Berlioz, too, sounds wonderful: the low winds (especially bassoons) and brass come over with particular stoutness. And, over the first three movements, Harding delivers a lively, colorful account of the score. It’s worth noting, for instance, the way he emphasizes the famous idée fixe in the opening movement, bringing it out with eerie, disembodied clarity. And the waltz lilts with remarkable sentiment.

But then come the last two movements and, despite the SRSO’s impressive sound, they plod on deliberately. The “March to the Scaffold” simply has no momentum and the finale, some nice touches (like the well-played flute/oboe glissandos) notwithstanding, lacks the dynamic precision and sheer mania of Michael Tilson Thomas’s recording of the piece with the San Francisco Symphony (which remains the modern gold standard). Still, this disc mostly succeeds – and where it doesn’t its flaws aren’t fatal. 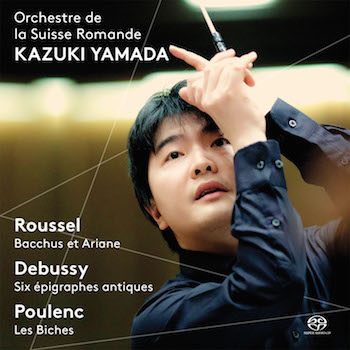 One of Pentatone’s best series of late has been Kazuki Yamada’s survey of 19th- and 20th-century dance-themed works with the Orchestre de la Suisse Romande (OSR). The latest installment, featuring music by Albert Roussel, Claude Debussy, and Francis Poulenc, continues the trend, demonstrating not only excellent realizations of the chosen pieces but also demonstrating (once again) the brilliant idea of pairing OSR and Yamada.

Roussel’s Bacchus et Ariane dates from 1931 and reflects more than a little the pervading harmonic and orchestrational influences of Stravinsky and Ravel. No matter: Roussel’s melodic voice is distinctly his own and the two orchestral Suites, recorded here, ably showcase his lyrical gifts as well as his grasp of symphonic architecture. The OSR’s performance is both sumptuous (check out the beginning of the swooning “Reveil d’Ariane”) and tactile (in the famous “Bacchanale”), always impellent and etched in Technicolor strokes.

Many of those same qualities, married to a spirit of cheeky wit, are also true of the OSR’s reading of the Suite from Poulenc’s 1924 ballet Les biches. This is music of great tunefulness, knowing mirth (it quite consciously echoes the grinding dissonances of Le sacre du Printemps at times – but always with a smile), and charming character. Yamada and the OSR play it as such and the whole thing just clicks, from the jaunty trot of the opening “Rondeau” to the swooning “Adagietto” and through to the carefree “Finale” with its bleating trumpets.

Sandwiched between the Roussel and Poulenc comes Debussy’s Six épigraphes antiques, a set of piano miniatures orchestrated by the OSR’s founder, Ernest Ansermet. The comparative expressive austerity of the Debussy makes programmatic sense and Ansermet’s crafty arrangements offer plenty of moments for his orchestra to shine, particularly the OSR’s flute and oboe principals.

In all, then, this is another triumphant installment for Yamada and the OSR. Programmatically, it’s smartly laid out but subtle. And, most of all, this is a fun disc to listen to, winningly played and, as a result, these not-too-familiar pieces are a true pleasure to hear.