A Replacement Life explores what America means to Russian immigrants whose cunning and sophistication often lead them into trouble, but whose good luck is that their plight is being recorded constantly in fiction by their amazingly talented children. 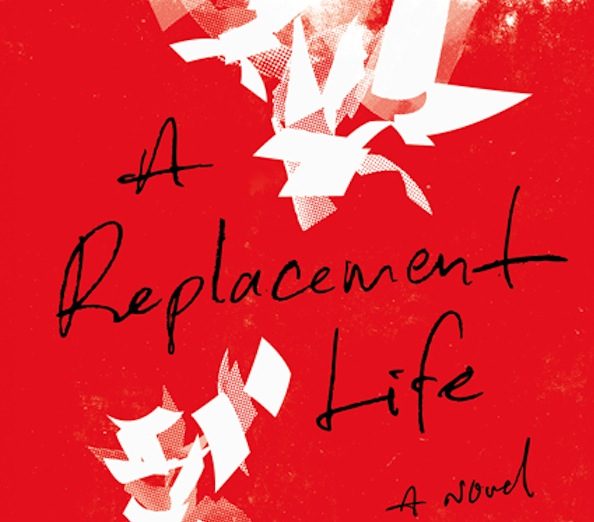 As I was wondering how to begin my review of Boris Fishman’s very accomplished debut novel, A Replacement Life, I read in the July 8th New York Times a provocative piece by a recent Russian immigrant Masha Gessen entitled “The Debt to One’s Homeland.” In it she poses two important questions regarding her fellow immigrants who have left the various regions that once comprised the Soviet Union: “. . .Do those who leave in search of a better life make life worse for those who stay?” And a little later, she ponders what she says is “at the crux of the emigration debate,” the crucial question: “Does one owe a special debt to one’s country of birth?”

These are certainly valid questions, especially when one considers the lives of the Russian Jewish immigrants who came in such droves during the 1990s to this country. Many of them lost their childhoods to the Second World War and watched their parents and grandparents become victims of persecution by both the Nazis and Communists. Furthermore, when Glasnost came they realized they had been living in a parallel universe, duped by their government into thinking that Russia was the most progressive country in the world and astonished to find out that the rest of the western world had left them far behind. So when they could get asylum here they settled in enclaves all over United States and tried to make their way and somehow educate their children and hold onto their heritage. Most of them, I suspect, would find Gessen’s questions discomfiting, but, in the end, irrelevant. Life must go on, and existence had become intolerable for them in the former Soviet Union.

“My Russian,” a woman I befriended in 1992, often spoke of “the Russian soul” which she perceived as the foundation of all the great Russian writers, Jewish and not, who informed her life in meaningful ways. Indeed, some of our best times together were spent discussing translations of Pasternak and Tsvetaeva or the heroism and brilliance of Nadezhda Mandelstam and Anna Akhmatova. As we worked on the nuances of each language, she seemed a living illustration of the need for books that was so much in the news from the 1950s through the 1980s when samizdat was such an important part of life under the Communists. She was fiercely proud of her native culture (she was born in St. Petersburg), yet also counted herself and her family very lucky to have come here while remaining flummoxed by some of our customs and values.

It is this last point that has propelled so much of Russian emigré literature: how to adjust to American ways and yet hold onto traditions held dear, how to recreate in America the flats and dachas left behind in Russia, how to smooth the generational differences between the older immigrants and the children they love so dearly, how to “network” among Americans where the rules seem to be so different, how to supplement the small income that so many of these Russian immigrants get from the American government, how best not to murder the English language (some émigrés stick to living among other Russians and don’t even try). And lastly, how not to look down on what they cannot understand, which sometimes leads, as in Gary Shteyngart’s recent memoir, Little Failure, to a unique kind of hilarity reminiscent of Nabokov at his best.

Boris Fishman’s new novel does all this, with varying degrees of success, but what sets A Replacement Life apart is that the writer, who was born in Belarus in 1979 and came to the United States when he was a toddler, is not content to record the malapropisms of his elderly relatives, or the sexy arrogance of his peers. He also asks questions as important as those Gessen poses but looking toward the future rather than the past: Does one owe a special debt to the country into which one has immigrated? And what does immigration (which is, after all, a form of exile even if it is chosen) do to one own’s personality and the ties that hold immigrant families together?

Fishman’s protagonist is Slava Gelman, a young man who works at a magazine called The Century — very like The New Yorker where Fishman worked right out of college, and, amazingly, very like The Saturday Review where I worked soon after college in the late 50s. As I read about the machinations of the various staff members, I found myself wondering if anything ever changed when writers compete with one another.

Although Slava’s determination to become a writer has made him wrench himself from his family in Brooklyn, his plans are disrupted when his grandmother dies and he is suddenly plunged back into that world he thought he had rejected forever. No sooner is his grandmother’s funeral over when Slava is pulled into Evgeny Gelman’s plan. It is time for Slava to put his writerly skills to practical use; he will help his grandfather apply for restitution funds from the German government even if it requires lying, forging, whatever. In the bargain there will be an exchange of money.

So, although he knows this is dishonest, Slava is dragged, not exactly kicking and screaming, into a scam of enormous repercussions, for it seems as if everyone has a story, either real or imagined, with which to get money from the German government. As word of Slava’s talents gets around, more and more people appear (even ones who eschewed the shiva after Grandma’s funeral) and the plot rolls merrily along, covering a few months in the summer and fall of 2006. As it unfolds Slava’s timidity is replaced by a kind of empowerment, and the book forks into two roads (one better not taken) — the forging and an affair with a woman he has been eyeing in his office: the anorexic, mysterious, and for me, unbelievably annoying Arianna.

The episodes dealing with Arianna (mostly boring sex) and Slava’s “progress” at the magazine become somewhat repetitious. Yes, they give the reader a sense of the almost schizophrenic aspects of Slava’s existence, but they felt overworked and, by the second half of the book, tired. But, luckily, as Arianna and The Century fade a bit, the scam acquires more heft. As it becomes more compelling and important it also becomes more confining; within its web Slava is constantly weighing what is truth and what are lies and how to live with dignity, which is what good fiction is always about.

It also forces Slava to review the past with newfound perception, to delve into what he knows of his grandparents’ past, to imagine their courtship and early life together. For once his grandmother “Sofia Dreitser devoted herself to something, she didn’t let go. Zhenya Gelman knew how to get to a safe place when the world around him was ending” when he was young and when he came to America his abilities to get what he wanted, to connive, to game the system had not dimmed. This was a grandfather not easily foiled, and as Slava becomes more and more embroiled in this increasingly dangerous scheme, he knows he will have to see it to the end. But the reward for that is greater self-awareness, a better handle on the world.

Here is Slava towards the end of the novel musing how his family had gotten to Brooklyn; it is a good example of Fishman’s wonderfully deadpan manner of relating weighty matters in a very matter-of-fact voice:

The Gelmans managed to leave the Soviet Union because all sides had agreed to pretend that they were going to Israel. . . .If there was no family in Israel, as there usually wasn’t, it was manufactured. Scribes popped up to supply people like the Gelmans with an Aunt Chaya in Haifa and a Cousin Mumik in Ashdod. These invented Chayas and Mumiks filled out affidavits in the scribe’s hand requesting the Soviet government to release their relatives. The Soviet visa office quietly acquiesced.

Intermediary countries–Austria, Italy–facilitated the deception; after all the invention, the refugees couldn’t very well fly from Sheremetyevo to JFK. So the Gelmans took the long, slow train to Vienna, a month later another to Italy, several months later the airplane to New York. At every step, everyone had lied about everything so the one truth at the heart of it all–that abused people might flee the place of abuse–could be told.

Grandfather was already a liar–this kind of liar–when he twirled his finger in his temple that afternoon in Vienna [when he and Slava saw Austrians streaming by a synagogue where Jews were worshipping, the very same Jews whose parents the Austrians had helped exterminate], and Slava was young enough to understand such lies as a better kind of truth. It wasn’t until they’d come to America that the truth started to mean exactly what was said and not something else. The calculus had changed in America. Here you could afford a thirty-two inch television on a doorman’s salary, as Bart at the front desk kept finding ways to mention. Here you could afford to be decent.

As we reach the conclusion of A Replacement Life, we see how much Slava has matured, and we know that although he has to wrestle with what he has done, he has also learned that life is far more “gray” than he ever suspected, that war and genocide create special problems that reverberate far into the future, and that each individual must face his/her obligations and choices, especially in a country where so much is out in the open. Thus, we come away with a new understanding of what America means to these Russian immigrants whose cunning and sophistication often lead them into trouble, but whose good luck is that their plight is being recorded constantly in short stories and novels by their amazingly talented children.

Among the best of them is the imaginative, funny, and thoughtful Boris Fishman, who was brave enough in this exuberant first novel to ask questions whose answers reveal discomfort and guilt and shame. By asking, young as he is, he enters the unending stream of literature that matters.