Intellectual frameworks such as “the rise of Europe,” “the decline of the East,” or “the clash of civilizations,” tell us more about the laziness of the human mind than they do about history. 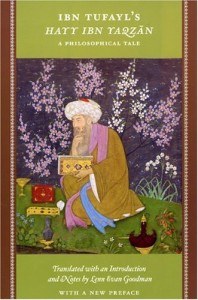 The Arts Fuse’s review of Avner Ben-Zaken’s Reading Ḥayy Ibn-Yaqẓān: A Cross-Cultural History of Autodidacticism has garnered a lot of attention from our readers — particularly given that the book is a historical study about how a novel written in Arabic by a philosopher and physician during the early 12th century in Islamic Spain influenced the evolution of scientific knowledge. Yet the curiosity is understandable. To me, the volume’s message is as intriguing as it is powerful: getting the story of science right means investigating the cross-cultural intellectual currents that thrive on the margins — genuine innovations in thought and perception take place well off the well-trod mainstream path. This concern with how and where ideas mutate offers considerable insight into the evolution of the arts as well. And it also rebukes the arid generalizations proffered by the “clash of civilizations” vision of history.

I thought it would be interesting to find out more about the book, so I asked Fuse Critic Justin Grosslight to send some questions about the impulses behind Reading Ḥayy Ibn-Yaqẓān: A Cross-Cultural History of Autodidacticism to Ben-Zaken, who teaches at Ono College, Israel. His answers are below.

The Arts Fuse: What drove you to write this book?

Avner Ben-Zaken: Early in my academic training I made it my intellectual vocation to link European and Middle Eastern histories of science into one organic (not comparative) historical account, to explore how both cultures intertwined and interacted with each other. My interest grew out of my skepticism about well-entrenched arguments that have been used to support the central concepts of modernity — the notion that heliocentrism, experimentalism, and autodidacticism were not only born in Europe, but serve as the primarily cause for claims of European superiority.

In my previous book, Cross-Cultural Scientific Exchanges in the Eastern Mediterranean 1560-1660 (Johns Hopkins University Press), I focused on the ways the heliocentric cosmology expanded eastward, to the Middle East. Traditional historiography has depicted the rise of the new cosmology as the first European scientific achievement, an accomplishment that set Europeans apart from earlier scientific traditions, putting them on a linear path of development. Middle-Eastern scientific cultures are viewed as being left behind and in decline. I showed, however, that practitioners of Copernican cosmology traveled to the Near East, and not only to circulate the new cosmological ideas. They were also searching for Middle Eastern remnants of ancient cultures, attempting to corroborate the new cosmology by studying the myths contained in ancient theology. I argued that early modern science did not develop along separate and linear paths, with each culture drawing only on its own “monadic” nature, but the scientific attitude was cultivated by streams of fresh ideas and objects that came through exchanges between European and Middle Eastern cultures.

In Reading Ḥayy Ibn-Yaqẓān: a Cross-Cultural History of Autodidacticism (Johns Hopkins University Press), I continue to explore and reassess yet another fundamental concept of “modernity” — autodidacticism — which did not only represent the rejection of traditional intellectual authority, but also marked the rise of the principle of vita activa (the participation of men in shaping life and nature) and its ramifications in shaping experimentalist practices, republican political-philosophy, liberal pedagogies, and versions of Utopianism.

In challenging traditional historiography, which attributed autodidacticism to European modernity, I trace the circulation of the quintessential text that praised autodidacticism as the principle philosophical program for science. Ḥayy Ibn-Yaqẓān tells a story of a little boy who was spontaneously generated on a deserted island. Without parents, teachers, books, language, or indirect means of knowledge, he gradually builds up knowledge of his surroundings only through trial and error. He accumulates facts about medicine, physics, and astronomy and theorizes about metaphysics and theology. I presumed that following the circulation of this tale from Medieval Marrakesh to northern Iberia and through the Pyrenees to the intellectual and scientific centers of Western Europe would eventually show that notions and practices of autodidacticism transpired in pre-modern and non-European societies as a serious alternative to the hegemonic Aristotelian metaphysics. Moreover, I wanted to show that modern concepts derived from autodidacticism were influenced by, even inspired by, this particular medieval Andalusian text. My examples in the book include Pico’s rejection of astrological predestination, Boyle’s praise of firsthand experience, and Locke’s concept of ”the natural condition” that lays at the heart of his epistemology, political, and religious philosophies.

AF: How did you research a book that spanned so many centuries, languages, and geographic regions? 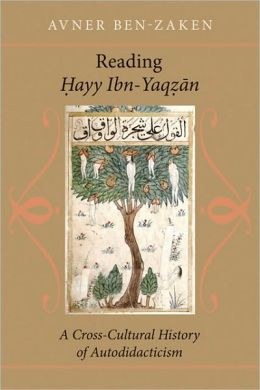 Avner Ben-Zaken: Every chapter deals with a completely different time and place, cultural settings, themes of research, and source languages. There are four chapters, each offering a detailed, micro-historical investigation of a textual object (manuscripts, commentaries, translations, Ḥayy Ibn-Yaqẓān). The radical shifts from type of sources and languages, from particular historical moments to another, from one theme of discussion to another, entailed herculean efforts. And not only for the specific skills needed to do the research. Mentally, it took me considerable time to be able to move from one topic to the other, to let my mind focus on a new topic, plunge into a concrete historical moment, to grasp the principle question raised by a particular investigation.

In addition, there was also the problem of the theoretical frame work. How could I shape such far-removed historical moments into an organic and coherent narrative? In wrestling with such dilemma, I drew on the artistic concept of Sampling, using it to construct an expansive argument. Instead of a well-grounded, if fragmented, prismatic account, I put the various local stories into a sequence that would became universally meaningful because it integrates the seemingly contradictory concepts of micro-history and world history. I call my approach ‘Historical Sampling.’

AF: Do you see your volume as the study of a specific book or as a history of autodidacticism?

Avner Ben-Zaken: I see it as an experiment in historical methodology, one that provides a well researched empirical and material narrative that spans over centuries and across cultures. The choice of the tale of Ḥayy Ibn-Yaqẓān as the key to the history of autodiadactism is necessary if we want to tell this story in a cross-cultural mode. One could write the history of autodidacticism only by looking at European culture, or only by examining Eastern or Chinese cultures, but they would be very limited histories. There are other possible stories, but the cross-cultural circulation of the tale of the quintessential autodidact (Ḥayy Ibn-Yaqẓān) is the most complete history we could have of autodiadactism.

AF: Does your study overturn any assumptions about a “battle between civilizations” of the East and the West?

Avner Ben-Zaken: Definitely. We are given to intellectual melodrama, to organizing our understanding of big historical events through flashy headlines. Intellectual frameworks such as “the rise of Europe,” “the decline of the East,” or “the clash of civilizations,” tell us more about the laziness of the human mind than they do about history. If we accept that no culture is an island, if we follow cross-cultural networks, if we recapture everyday practices, then we reveal cultures interacting, exchanging and enriching each other.

In recent decades, historians, particularly historians of science, have started looking at the mechanisms and networks that facilitated the cultural movement of knowledge, ideas, skills, instruments, and books. They are beginning to appreciate how these arrangements generated new concepts concerning the order of things in nature. I believe that in terms of historical study cultures should not be seen as isolated fields: cross-cultural exchanges often take place at the margins, where one culture overlaps another, creating a “mutually-embraced zone” where exchanges, from the important to the mundane, take place. It is from such stimulating cross-cultural zones that ideas, practices, and styles of thinking (such as autodiadactism) move to the cultural centers, stimulating them to renew and update their perspectives. That is how autodiadactism became the prime modern principle in the Enlightenment.

AF: How does your book contribute to the history of reading? 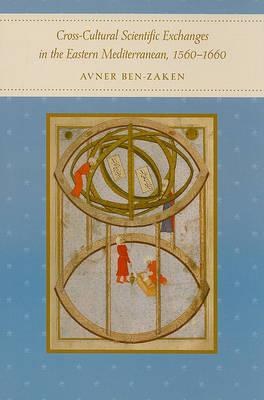 Avner Ben-Zaken: Most of the scholarship on history of reading deals with early modern books, European history, and the formation of local cultures. Inevitably they are very condensed and monadic accounts of a particular cultural setting. In a sense, my book investigates the possibility for writing a cross-cultural history of reading, showing that although the contexts of reading were radically different, in all cases the readers and custodians of Ḥayy Ibn-Yaqẓān were challenging the establishments of their time.

Moreover, the history of reading has been shaped by the conventional assumption that only a closed and elitist circle of philosophers and acolytes read manuscripts, so the social order would only be marginally affected by their activity. But what if a philosophical parable, which calls upon autodidacticism to fundamentally transform the social and intellectual order, is written in the form of a novel that is accessible to many? We know that not only a cadre of philosophers, but a wider audience read the text — thus its possible influence becomes greater.

AF: How does your book change our perception of the history of ideas/history of science?

Avner Ben-Zaken: My intellectual vocation is to tell a unified, organic story of science, fusing one culture into the other by focusing on the various cross-cultural networks and practices. Such a story undermines fundamental historical concepts that concentrate on separate cultural development, mainly promoted by traditional perspectives on intellectual history and history of science. Instead, I see cultural development as completely dependent on the volume and intensity of exchanges that take place among adjacent cultures. If I am right, then the prime scholarly focus of historians should shift from airless monadic accounts of a particular culture to an investigation of cross-cultural networks. This shift may transform our understanding of the ways science (and ideas in general) developed along the interfacing and overlapping borders of cultures.

Moreover, the book offers an interdisciplinary approach that goes beyond focusing on a particular culture, that eschews conventional disciplinary boundaries by concentrating on the intense collaborative dialogue that took place not only between cultures but also between various disciplines. My study of autodiadactism fuses ambitious considerations of the history of science (experimentalism), history of religion (mysticism), history of political thought (republicanism), history of education (liberal pedagogy), and history of ideas (the rise of the self).

My aim is to show how these disciplines connected and acted upon each other. Historians of science may begin to see that the tenants of experimentalism (trial and error, firsthand experience, consensual evidence) circled around different cultures for many centuries. Historians of ideas may perhaps better understand how the notion of ‘individualism” or the “self” started in a tradition of mysticism. Ironically, it was religious mediaeval believers, not secular enlightened thinkers, who first recognized the value of individualism.