This ambitious Norwegian novel works overtime to turn conventional notions of cause and effect topsy-turvy.

The Conqueror
By Jan Kjærstad
Translated from the Norwegian by Barbara Haveland. Open Letter, 481 pages, $17.95 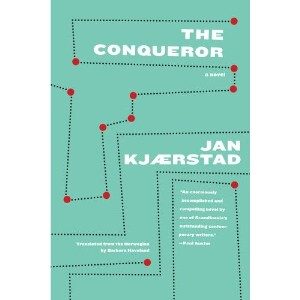 Riddle me this: if a man finds out his wife has been cheating on him for years, then kills her, did the first thing necessarily cause the second thing? Occam’s Razor would tell us yes. Jan Kjærstad, on the other hand, would tell us no. But it’s not a simple, straightforward no. The author of the The Conqueror suggests that his protagonist, a famous Norwegian television producer named Jonas Wergeland, killed his wife because a stray hockey puck once shattered his ice sculpture, and because he wasn’t a very good musician, and because he once made love to a woman who ordered him out of the room afterwards.

Kjærstad believes that no event can be traced back to any one single event, that the causes behind our effects are nebulous and multiple, nefariously multifarious. To which the reader may respond: Duh.

The Conqueror is the second in a trilogy of novels about Jonas. The first was called The Seducer, and the third, The Discoverer (though, by the rules of rising action, that last one should have been called something like The Penetrator or The Beastmaster). In the first novel, a biographer tracked Jonas life up until the point where he found out his wife had been murdered. Now, it seems that the old biographer was gilding the lily, or else this one is doing the opposite.

Before he was convicted of murder, Jonas had all of Norway eating out of his hand, thanks to his “brilliant” television series, Big Ideas. Big Ideas was a collection of artsy documentaries in which Jonas recreated the lives of famous Norwegians. A handful of these shows are described to us in great detail in the novel. Here’s an example: “The program closed with a blatant sex scene, lingering kisses and ecstatic embraces in the grass, on the bounds of the permissible, and yet with a touch of the religious about it, as if there were a connection between physical love and religion.”

Only the best critics are capable of describing a work of art (in a non-written medium) and bringing it to life in prose. Novelists seldom possess the gift. In this passage, the translator misuses the word “blatant” (the sex itself can be blatant, but the scene that contains it cannot), but it is Kjærstad who inserts the vapid, colorless phrase about the “bounds of the permissible”, and who concludes by “blatantly” pointing out the connection between love and religion that any reader would have already inferred.

Kjærstad has a fetish for attempting to describe the indescribable. He takes on sex with a hyperrealist aplomb: the penis is compared to a bridge and a lever; the vagina becomes a “clearing in a forest”; the copulatory act itself is expressed in metaphors as visceral as “the slapping of a wet floor mop” and as wacky as “rummaging frantically in a drawer.” Jonas is such an unbelievably good lay, we are told, that his lovers never cry out anything as base as “Fuck me harder,” never cry out anything obscene, but instead sing out lofty demands such as “Love me lighter” and “Lift me higher.” Kjærstad wants to convince us that Jonas is a true sensualist, but one wonders why his lovemaking inspires women to recite Josh Groban lyrics.

But plenty of authors have gotten away with interspersing their literary fiction with awkward erotica (Roth springs to mind); Kjærstad’s writerly sins are at least as black as they are blue.

The plot of The Conqueror is a modified Arabian Nights. An unnamed professor writing a biography of Jonas Wergeland receives a visit from a mysterious woman: the ghost of Magrete, Jonas’ murdered wife. Apparently, she’s being granted day trips from Hell in order to tell the life story of her husband, thereby justifying his murder (as Betty Friedan spins in her grave like a kebab) and restoring his position as conqueror of the Norwegian people’s hearts and minds.

The bulk of the novel consists of fragments of Jonas’ life, recited by Magrete in a haphazard order that she insists is the only way they will make up a coherent, convincing story. Each fragment is about eight to ten pages long, and could stand alone as a piece of short fiction. They reminded me a bit of the George Willard stories in Sherwood Anderson’s Winesberg, Ohio—a Bildungsroman in bursts. Only where Anderson was using his stories to depict a milieu (hence the book’s title), Kjærstad has no such clarity of purpose. Though there’s beauty in the writing, it’s quickly revealed as gloss—light glinting off a newly shined butter knife. Without the glitter, there’s nothing interesting or even sharp there.

Though the tales span Jonas’ entire life, they are connected by various recurring characters and a smorgasbord of symbols and themes. There’s the dragon/snake figure. Demons and the idea of possession. The mutability of carbon and, by extension, people. The notion of great beauty and power secreted away. The bovine passivity of the Norwegian people: “Television was, quite simply, an invention eminently suited to a country which lay thus on the periphery, which was used to witnessing from a safe distance.” 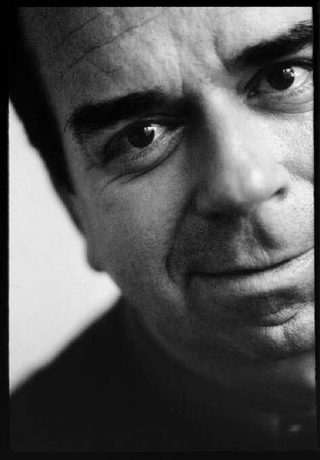 Jan Kjærstad is so impressed with his own metaphorical muscle that he constantly has to flex it.

I’ve never so deftly tracked so many strands of symbolism through so long a novel. Alas, the credit can’t go entirely to me. Kjærstad is so impressed with his own metaphorical muscle that he constantly has to flex it. There is a scene from Jonas’ childhood wherein he builds a delicate castle out of snow and ice, which is then toppled by a hockey puck. The sensitive reader might see this as a first example of Jonas trying to become a conqueror and failing. But in case we miss it, Kjærstad references the ice castle every time Jonas suffers a comparable disappointment.

“How does one become a conqueror?” the book asks again and again and again. Kjærstad wants us to believe that the answer is complicated—481-pages-complicated—and can only be understood through the lens of Jonas’ upbringing, his parents professions, his lovers’ amatory peccadilloes, his childhood friends’ thoughts on Niels Bohr, his school papers, and his musical compositions (described about as successfully as are the episodes of his show). The goal is to do away with the notion of simple cause and effect. Instead, Kjærstad winds up utterly dependent on causality to bestow epiphanic power on his fragments:

“…this was the day on which Jonas learned that creativity can lie in the unexpected, in things one hadn’t thought of, and above all else: in simplicity.”

“It would not be going too far to say that Jonas Wegeland was granted his vision of life while standing before that glass case…that the seeds of his career, his creativity, were sown here.”

“Here, in Tokyo, he finally found his other possible, maybe even optimum, form…”

“The only thing he sensed, very faintly, was that his discus training was a preparation for something else. That there would come a time when he would need to use this pivotal action. That one day—possibly when confronted with something inconceivable—he would have to make the discus throw of his life.”

Kjærstad seems to be aware that “The Conqueror” is a haphazard collection of scenes, the notes for a novel, and so he appends significance to the end of each chapter in the manner of an artist who believes that plunking down a cruciform tree in the background of a painting will grant the work a religious profundity.

As the ghost of Magrete trundles towards anticlimax—Jonas cannot be saved by mere words—the professor rhapsodizes over his Scheherazade:

“She showed me that it was also possible to arrive at insight into a life through something seemingly fragmentary, strings of stories which at first sight are totally unconnected but which, when you get right down to it, constitute a new form of coherence and unity.”

How does one become a conqueror? Certainly not by tucking you into bed, shaking the mattress for an hour, and then insisting you’ve seen God. My guess is that Kjærstad sees himself as a writer in the same way that Jonas sees himself as a lover. He hopes the reader will beg to be loved more lightly, lifted a bit higher. But if he’s looking for a conquest, he might want to fuck a little harder.