Two important twentieth-century pieces and a work-in-progress made up the final program of the season offered by the New England Philharmonic at the Tsai Performance Center on April 26, with Richard Pittman on the podium.

A painting by E. Prampolini inspired by Bela Bartok’s “The Miraculous Mandarin”

The novelty of the evening was “Popol-Vuh: Four Mayan Dance Scenes,” written in 2004 by Carlos Rafael Rivera, who was born in Washington, D.C. in 1970 of Cuban/Guatemalan heritage and is now working on a doctorate at the University of Southern California.

The “Popol-Vuh” is the most important document of Mayan culture, containing a mythical account of creation and the exploits of the Hero Twin deities Hunahpu and Xbalanque, who eventually become the Sun and Moon. The original text is lost, but a copy from the mid-sixteenth century was discovered in Guatemala.

Human beings were created after three unsuccessful attempts. Rivera has composed the “First Creation” and “Third Creation,” alternating with “Birth of the Hero Twins” and “Xibalba.” He intends to write the remaining pair of creations and two Hero Twin adventures for a total of eight movements.

Prominent in the first scene was a buzzing effect in the strings, and in the sober second a clarinet solo. The work ends with motoric and assertive music that recalls Stravinsky’s “Rite of Spring.” The performance was warmly received and Rivera was present to take a bow. 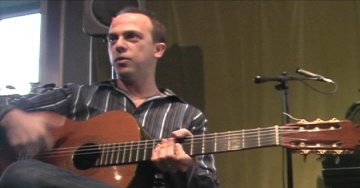 There followed Aaron Copland’s Piano Concerto, which doesn’t get live performances often though it has been recorded a half dozen times. He wrote it in 1926 not long after returning from his studies in Paris with the famous pedagogue Nadia Boulanger. (The program notes stated that Copland was the first American to study with her, though he was preceded by Melville Smith, who would later head the Longy School of Music in Cambridge.)

In the wake of jazz-imbued works like Milhaud’s “Creation of the World” (1923) and Gershwin’s “Rhapsody in Blue” (1924) and “Concerto in F” (1925), the 26-year-old Copland set out intentionally to produce his own tribute to American jazz. Its premiere had Copland himself at the piano with Serge Koussevitzky conducting the Boston Symphony Orchestra. The piece was almost universally panned, the Boston Transcript calling it “a harrowing horror from beginning to end. There is nothing in it that resembles music.”

In fact, the concerto is a gem. Conductor Pittman commented to the audience, “Some of it may sound like Leonard Bernstein. But remember: Copland did it first.” The prevailing moods are a bluesy and sinuous style employed in the opening portion, followed by what Copland termed a “snappy number.” In the latter he indulged in syncopation and all manner of polyrhythms.

The soloist was Randall Hodgkinson, a Grand Prize winner in the International American Piano Competition. The tricky rhythms posed no difficulties for him, and he leapt all over the keyboard with dazzling vim and accuracy.

Concluding the concert was Bela Bartok’s powerful pantomime-ballet “The Miraculous Mandarin” (1919, revised 1924). This was his third stage work, following “Bluebeard’s Castle” (1911, final revision 1921) and “The Wooden Prince” (1917). The Hungarian composer thought highly of “Mandarin” though scheduled performances were repeatedly censored or cancelled, and Budapest did not see it until after Bartok’s death in 1945. So discouraged was the composer that he never wrote another work for the stage, but extracted a suite (1928) containing about two-thirds of the score. The American stage premiere of the complete piece took place in New York in 1951.

“Mandarin” is based on a scenario by Menyhert Lengyel (1880-1957), published in a magazine in 1917. Admittedly the tale is both violent and erotic. Three ruffians force a girl to lure men into her bedroom in order to rob them. An old lecher proves penniless and is thrown out. A handsome youth then enters and starts dancing with her, but he has nothing worth stealing and the men eject him too. A well-to-do Mandarin appears and the men take his jewels and money. Deciding to kill him, the men try to suffocate him but the Mandarin won’t expire. They stab him with a rusty sword yet he doesn’t fall. When they try to hang him from a chandelier, it crashes to the floor and he glows with desire for the girl. Only when she takes him in her arms out of pity does he bleed, weaken and die.

In this concert Pittman laudably chose to present the entire 32-minute score. Bartok took care to reflect the events in his music. It opens with a representation of urban din. The three enticements are introduced by a clarinet solo, pitched a third higher each time and increasingly embellished. The somewhat comic old man is portrayed by trombone glissandi, the youth by an oboe, and the Mandarin by blaring brass.

Using an unusually large orchestra, Bartok’s scoring is highly imaginative and colorful. An ideal performance would include an off-stage mixed chorus, omitted here. But the playing came across as quite commendable save a rather confusing sonority at the very end. Someday a fully choreographed staging of the work in Boston would be welcome.