Many of the pieces in the collection come in the form of a personal diary, and these give us a sense of the day-to-day inner lives of the prisoners. 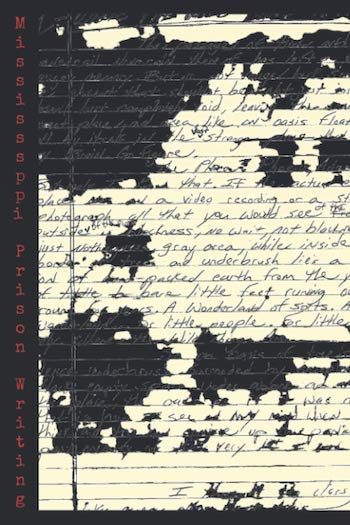 American prisons are a place ripe for theoreticians and social scientists, and that is not new. The trend goes back to the country’s very beginnings. Alexis de Tocqueville’s initial reason for visiting the United States was not to study democracy; he came to study our carceral system. Today, mass incarceration has become well-trodden ground for political debate. The American prison system is now fighting turf, a locus for contentious arguments concerning issues of race and class, the punitiveness of our culture, and the callousness of our legal system. There are no shortages of newspaper columns, books, or academic articles dedicated to the topic. Much of the coverage is necessary and good (although, reader beware, much of it is also decidedly bad; half-baked theorizing is a booming industry). How and why we incarcerate at such astounding rates, what are the effects of imprisonment on individuals and communities, and what can be done to reform and/or reimagine the current system are all important questions. They call for research, debate, and thoughtful action.

What can easily become lost amid the hand-wringing over potential paths forward, however, are the real, concrete experiences of incarcerated people themselves. Mississippi Prison Writing, the third book in a series published by VOX Press’s Prison Writes Initiative, contributes to the valuable — but frequently overlooked — goal of listening to those behind bars. The collection features personal narratives, vignettes, and poetry from prisoners at several different correctional facilities across Mississippi. Each of the book’s contributors participated in an 18-week-long course led by the book’s editor, Louis Bourgeois. The book is powerful because of its sparse dedication to its mission. There is no preface or postscript, no commentary from Bourgeois. The book’s contributors are permitted to speak for themselves — without filter or lens. The result is a direct and raw look at life inside prison.

Many of the pieces in the collection come in the form of a personal diary, and these give us a sense of the day-to-day inner lives of the prisoners. Many of the writers reflect on their childhood traumas, the grating grind of time inside prison, and the precariousness of trying to develop meaningful relationships while incarcerated. What holds the volume together is the admirable commitment of its writers to express themselves. One contributor, Thong Le, vividly describes growing up in a Black and Vietnamese neighborhood in East Biloxi, “smack dab in the middle of the ghetto”; another, Patricia Hall, details the deep pain involved in being forced by her husband to remain in the sex trade industry; another, Tyler Graham, reflects on his past indiscretions, hoping (although without much faith) that he’ll be able to find the courage “to care a little bit more about everything that matters and leave alone the things that hurt everyone.”

A number of pieces here, however, are not so heavy. Some entries are designed merely to offer insight into the mundanities of prison life: what it’s like to deal with disrespectful bunkmates, to receive news of a statewide prison lockdown, to celebrate holidays, or to gather around the TV for a Super Bowl party. Neither does the collection attempt to present a unified perspective. Some writers emphasize the cruel and demeaning aspects of incarceration; others reflect on how time in prison has helped them better themselves. Some argue they were wrongly convicted, or that their crimes were a product of oppression and poverty. Others feel the need to repent in their writing, to apologize to those they’ve harmed. No single entry, of course, neatly encapsulates the complexity of prison life. The narratives offer an understandably kaleidoscopic view. Taken together, the voices in Mississippi Prison Writing offer an insightful look into the different ways people experience the challenges of incarceration: the struggles and successes, the pains and small pleasures, the ragged edges and intimidating complications of human life inside prison walls. Those eager to grasp reality rather than debate theory should consult this book.

Patrick Conway is a former criminal defense investigator at public defender offices in Washington, DC, and Boston, and a current doctoral candidate at Boston College researching the expansion of higher education opportunities in prison. His writing has appeared in Post Road, Gravel Magazine, and the Harvard Educational Review, as well as received recognition from the Best American Essays anthology. His work and research was recently featured on the Have You Heard podcast. He can be reached on Twitter @PFConway30.