Two albums, from a late master and a newbie, are notable additions to the current wave of introspective solo piano excursions. 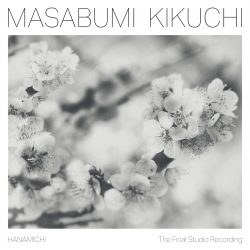 The mostly improvised solo piano recordings just keep on coming. Two more, from a late master and a newbie, add distinction to the form.

For health reasons, Miles Davis stepped off the public stage in the mid-’70s. A number of his followers, including me, desperately wanted to support the searing edge he had given so-called fusion music. We were not interested in accepting the broader, softer dynamics of lesser artists. Masabumi Kikuchi (1939-2015) was one of those who temporarily purveyed that tougher fix. The pianist was already a star in Japan, and he seemed to know just where the astringent Miles-ian goodies were to be found.

Eventually, the fusion center could not hold and jazz went off in a number of different directions. As the ’80s came and went, the keyboardist’s name popped up occasionally here and there, mostly in acoustic settings that fans of Kikuchi knew were outgrowths of his early career working with local and international stars.

To my mind, Kikuchi fully (re)emerged in the bands in which he performed alongside drummer Paul Motian. In their recordings, the pianist conveyed an insinuating intimacy that elevated the material. The occasional audible growls he emitted as he worked the acoustic keyboard suggested he was bringing music to life in an almost primal way.

Now we have what is claimed to be the pianist’s final studio recording, Hanamichi (literally: “flower path”), a muscularly probing, deeply moving solo acoustic recital from 2013.

Among the six cuts, “Ramona,” a classic melody from the ’20s, offers an opportunity to appreciate the pianist’s affinity to the kind of cagey modernist engagement practiced by Thelonious Monk. Like Monk (and a few others), Kikuchi knew how to be gleamingly contemporary yet still cultivate an old time feeling.

Gershwin’s “Summertime,” the longest piece on the disc, rolls out slowly, like that warm day when people (at least New Englanders) sense that this is the one to remember as you slog through the upcoming January cold. But an ominous melancholy is intimated in the way the pianist hangs onto the salient phraseology. Will we ever really, as the unheard lyrics imply, “rise up singing” and “spread our wings”? Kikuchi’s wordless vocalizing suggests that there is a struggle ahead.

Two takes on the perennial “My Favorite Things” interweave light and dark: we are given the chance to savor the enchanting melody before mordant ruminations set in. Singing with his hands, the pianist tells us about the “Wild geese that fly with the moon on their wings.” The second version’s reflection begins more gently, more searching, and then meanders a bit before arriving at a pensive endpoint.

Two Kikuchi originals conclude the disc (too soon, forever too soon). “Improvisation” hangs in the air, a flood of notes rushing from the passionate fingers of a man grasping to make the most of his expressive potential. “Little Abi,” dedicated to the pianist’s daughter, is a ballad whose lovely harmonies communicate a poignant affection. We should all have such a beautiful song written for us. 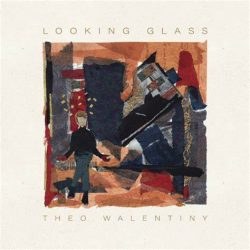 Solo improvisation is also the key to the vision of pianist Theo Walentiny, who claims to have been at it since he was six years old. Citing Keith Jarrett and Paul Bley as important influences, the 20-something received formal training at the New School for Jazz and Contemporary Music in New York. He works in various formats, but particularly welcomes the chance to be a soloist who is into “personifying imagination through sound.”

Not grounded in standards, as is much of the work of Kikuchi above, Walentiny’s art is somewhat opaquer and perhaps more distant, at least at first listen. But hang on, there’s considerable substance here.

Walentiny is more a creator of moods than musical structures, and they tend toward the demanding end of the spectrum. Much like Jarrett, he seems to spontaneously happen upon sweet spots that are usually worth waiting for.

“Film I” and “Film II” offer soundtracks for whatever images you can conjure up (with the pianist’s help). Emotionally complex and poetic, their evocations of mystery are broken up by bursts of immediate alarm. When “II” begins, the feeling is like coming back from the snack bar and finding that all hell has broken loose onscreen.

His “Behind Tall Grass” seems to seek for a comforting resolution — but doesn’t quite get there. “Grey They Billow,” like the title tune, generates nuanced lyricism out of contemplation.