These novels by the young, Indian writers Natacha Appanah, who identifies herself as French-Mauritian, and Rana Dasgupta take the form of memoirs of old men who look back on their lives, searching for the truth and the peace that comes with an understanding of the past.

The Last Brother by Natacha Appanah. Translated from the French by Geoffrey Strachan. Graywolf Press, 164 pages, $14.

It is fascinating to me, especially as I get older, how persistently the myth of wisdom and old age  inextricably entwines the two. This notion has fascinated writers down the ages and is perhaps best expressed in more modern times by Yeats in his great poem, “Sailing to Byzantium”:

An aged man is but a paltry thing,
A tattered coat upon a stick, unless
Soul clap its hands and sing, and louder sing
For every tatter in its mortal dress, . . .

Now we have two old men singing in new novels by the young, Indian writers Natacha Appanah, who identifies herself as French-Mauritian, and Rana Dasgupta. Both are written as memoirs of old men looking back on their lives, searching for truth and the peace that comes with an understanding of what has happened. Appanah’s is a more modest book, focusing on the events of early childhood that brought almost unbearable loss and written with a searing but delicate intimacy in the first person point of view; Dasgupta’s novel is more ambitious and imaginative and includes a larger cast of characters but is not, for all its scope, more successful.

Beautifully translated from the French by Geoffrey Strachan (who has also translated Andrei Makine), The Last Brother, Appanah’s fourth novel and the second to appear in English, brings to life yet another unknown story of the fate of Jews during the Second World War. Attempting to reach British Palestine from Eastern Europe, 1500 Jews were detained and imprisoned in Mauritius from 1940 to 1945, and young Raj, who has already lost his two brothers in a devastating flood, befriends young, orphaned David Stein from Prague who is an inmate of the prison in Beau-Bassin and dreams, like the rest of them, of reaching “Eretz,” the promised land. 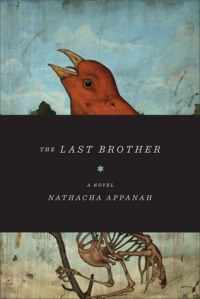 The tragedy of his elder brothers’ deaths has wreaked havoc on Raj’s family; his mother grieves endlessly but protects her remaining child; his father, who is a drunk and a guard at the prison, turns to brutality for relief and beats his only son. So the bond Raj and David form becomes even more precious, and Raj’s attempts to bring another brother into his ravaged family becomes the lynchpin of this sad book.

The narration moves from the present to the past in prose so precise you are immediately pulled in. With carefully chosen details, Appanah gives us—simultaneously—Raj at 70 who has overcome his humble beginnings and was miraculously cured of the polio he contracted as a child; Raj who was educated and worked for years as a teacher and married happily and has a son of his own; and also the Raj who was a small boy totally confused by a host of unanswered questions, who has lost two older brothers in a shocking and horrible way, and who subsequently finds comfort hanging around the prison and meets David. Their unexpected friendship assuages Raj’s terrible grief and also seems to redeem them both in unexpected and important ways. Here is Appanah’s description of the escape they try to make together from the prison at the end of the book:

We spend our days trying to read the lines of nature. I believe men have been like this from time immemorial, on the lookout for answers, signs, warnings, punishments, and rewards that come from the beyond. . . and I felt as if David’s singing had kept me company in my dreams and he had created this marvelous morning. . .

The escape turns out to be futile: they end up where they began, David dies of the malaria rampant on the island (more than a hundred other Jewish prisoners died there), and Raj is once again bereft. Yet there are surprisingly sunny moments in the book: the bond between the two children and the mother-Raj relationship have a quiet beauty, and even the father comes alive in surprising ways. There is not a single false note in this small book, and as a result it attains a universality that reminded me of The Boy in the Striped Pajamas. That makes it a welcome addition to the never-ending story of the Holocaust, as well as a book about family and friendship that will linger in the mind long afterwards. 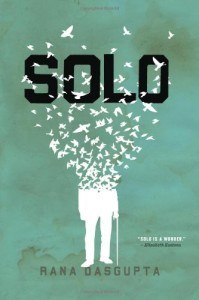 The protagonist of Solo is a 100-year-old, blind man named Ulrich, who is a chemist by profession and who has lived through the horrendous events in Sofia through the 20th century except for one short trip to Berlin where he fell in love and had a short encounter with Einstein. Written in the third person, this novel gives us the history of a beleaguered Bulgaria through short takes that are Ulrich’s memories, but, sadly, this memoir/novel does not feel organic or written out of necessity, to use Rilke’s famous standard. The prose is sloppy, at times I felt as if I was reading a bad translation, and the use of the chemical chapter headings, a kind of rip-off of Primo Levi’s The Periodic Table, do not add depth to the story; it is not enough to tell little stories about the scientists to create that kind of depth.

Moreover, the book doesn’t hang together. The first part or “movement” is called “Life,” and Dasgupta gives us the gory details of life under the Communists, the carelessness of the regime for the environment and the people, and the general malaise that characterized those third world countries when the Communists were supreme. The second movement is called “Daydreams,” a series of fantasies apparently harbored in the aged mind of Ulrich that focus on a young woman and her poet brother who get mixed up with the Bulgarian mafia, and ends, somehow, in New York City with Ulrich in the 21st century.

In some ways the disconnects in this book pose the most interesting questions, the most important one of which is What is this obviously talented young writer doing? Although Dasgupta comes with all kinds of credentials, I am not convinced that he is as good as his press or that he is as serious a writer as people seem to think. The novel came most alive in the thriller section about the mafia in the second section, and I wonder if perhaps that may not be Dasgupta’s strength. There was no confusion there, the writing was more focused, if a bit trashy, but at least it held your interest as Ulrich, unfortunately, never did.

Roberta Silman is the author of Blood Relations, a story collection, three novels Boundaries, The Dream Dredger, and Beginning the World Again, and a children’s book, Somebody Else’s Child. She has recently completed a new novel, Secrets and Shadows. She can be reached at rsilman@verizon.net