You are here: Home / Books / Book Review: The Threat of Thought — The Rise and Fall of the Vienna Circle

The pathway to tyranny is paved by encouraging people to believe in the uselessness of science, logic, and expertise.

The Murder of Professor Schlick: The Rise and Fall of the Vienna Circle by David Edmonds. Princeton University Press, 313pp, $29.95 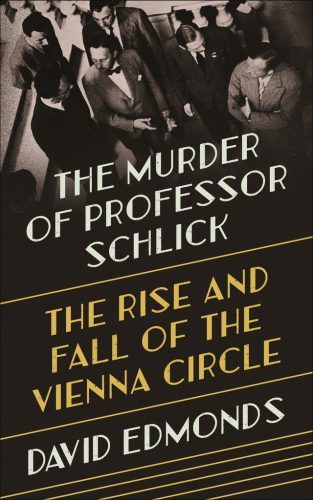 The Vienna Circle was a group of scientists, mathematicians, and philosophers who began as a discussion group in the early 1900s and evolved, without formally intending to, into a school of philosophy called logical empiricism. Its influence spread gradually, but by the mid-20th century most philosophers in the English speaking countries gravitated toward this view of the world, which attempted to draw a dividing line between what could actually be known (science) and what was only speculation (metaphysics).

How much evidence do you need to “know” if something is true or not? To prove you have a hand, you can hold it up in front of your face and look at it. To decide if something is a living organism, you can look at it under a microscope to see cells. Evidence of the senses is what defines empiricism. Some claims to knowledge, however, cannot be verified by that manner of proof. Is there a God? Is stealing wrong? Will my consciousness survive the death of my body? These are metaphysical questions whose answers lie beyond the evidence of the senses. The members of the Vienna Circle, however, would go further. They would not only argue that these questions are unanswerable, but they would assert that they are nonsensical because there is no possible way they could be examined in an empirical way.

David Edmonds has written an absorbing book on the group of (mostly but not entirely) men who took it upon themselves to try to determine what is knowable, including exploring how we can say there is such a thing as knowledge.

In the ’20s, they met to discuss writings such as Bernard Russell and Alfred North Whitehead’s Principia Mathematica and Ludwig Wittgenstein’s Tractatus. Out of their discussions and conclusions emerged a manifesto, published in book form, The Scientific Conception of the World. Of course, a group dedicated to tearing down beliefs some believed to be knowledge challenged those who didn’t want their convictions to be examined. Suspicions were raised against the Vienna Circle by a cabal (addressed in the chapter “The Longest Hatred”) that focused on the fact that many, though not all members, of the group were Jewish or part Jewish or married to Jews. The goal was to inflame resentment and anti-Semitic hostility. The Jewish population of Vienna had soared after WWI because many Jews from the eastern parts of the former Austro-Hungarian empire came west because they were no longer welcome. The professions, especially law and medicine, were heavily Jewish because the civil service limited Jewish members to a nominal presence. The Jews of Vienna fell into two classes: the Krawattenjuden, necktie Jews, professionals who were less religious and more assimilated, and the Kaftanjuden, mostly from Galicia, who dressed like peasants and were poorer, more traditional, and observant. This rise in the Jewish population sparked a backlash, a convenient invitation to blame the period’s economic and political upheavals on Jews. “Defeat in battle? Blame the Jews. Inflation? The fault of the Jews. Abhor modernism? It originated with the Jews,” Edmonds observes.

In 1923 a right-wing German student group proposed that all books written by Jews be branded with the Star of David. It also published a list of professors that were considered to to be undesirable, and Schlick’s name was on it. It is possible that, unknowingly, the list served as a kind of pre-prepared death warrant for Schlick’s murder 13 years later. The rise of Nazism in Germany and the Fuhrer’s wish that all German speakers be united no doubt forecast the eventual absorption of Austria into the Reich. Modernism, antinationalism, the striving for universal knowledge outside of dogmas, these ideas were all against the spirit of this age.

Now how, you ask, could a group of eggheads inspire an unstable former student, Johann Nelbock, to shoot Schlick on the staircase leading to the School of Philosophy at the University of Vienna, where he was to lecture a crowded room of students on June 22, 1936? At first, his motivation seemed to be personal, a matter of a young woman who had spurned Nelbock and whom he believed was somehow involved with Schlick. Later, at his trial in 1937, with the Anschluss only a year away, he invented an ideological motive: Schlick was contaminating German culture with perverse Jewish ideas. The fact that Schlick was not himself a Jew apparently made no difference; his Vienna Circle had by this time become a Hebrew conspiracy. The newspapers played up the story sufficiently for Nelbock to escape the death penalty in favor of 10 years’ imprisonment (later to be commuted by the Nazis). 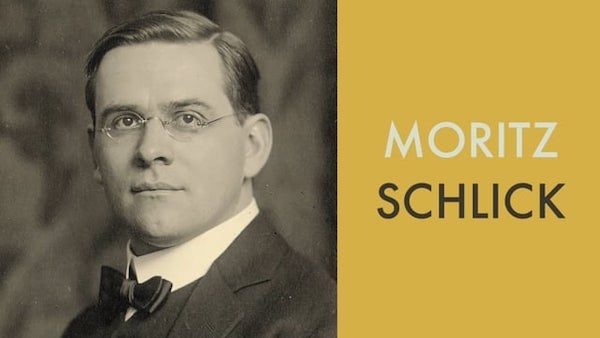 The members of the circle saw the writing on the wall and left for America and the UK. Neurath went to Oxford, Carnap to Chicago, and Gödel to Princeton. The diaspora of Jewish intellectuals turned out to be a talent windfall for the countries not under the heel of dictatorship.

Logical empiricism still disturbs the world: the foundations of traditional society are undercut, for example, when it is argued that moral commandments cannot be proven by natural law — they are only preferences. To a logical empiricist, the statement “Stealing is wrong” really means “I don’t like stealing.” There are no transcendent, absolute, objective, and immutable “moral laws” that are real in the way that the law of gravity in physics or the law of excluded middle in logic are. Ordinary language often misleads us. The role of philosophy was to clarify problems through the new tools of logical analysis.

Edmonds’s professionally researched study documents not only the philosophical problems the group addresses, but also the fates of these towering intellects, driven far from Vienna by traumatic events. Ideas have consequences, despite the modest limits academic discourse seems to place on them. And it is the resonance of this point that makes The Murder of Professor Schlick so fascinating and relevant now. When fascists attempt to eradicate freedoms, they first attack those who freely critique — or question — our understanding of those freedoms. The pathway to tyranny is paved by encouraging people to believe in the uselessness of science, logic, and expertise.

Thomas Filbin is a freelance book reviewer whose work has appeared in the New York Times Book Review, Boston Globe, and Hudson Review.