Five tunes that will make it impossible to have a Blue Christmas.

As we all know, November is a time for giving thanks. One of music’s greatest gifts is its ability to inspire gratitude, even when life gets hard.  The standout tracks here are connected with different genres but there are common threads. Winter is arriving soon, and the prospect turns musicians’ minds to the darker corners of human experience. The nights are becoming longer and colder; seasonal depression is on the rise. Thus the need for the comfort and companionship provided by a tune that counters the melancholy. The following releases will make it impossible to have a Blue Christmas. 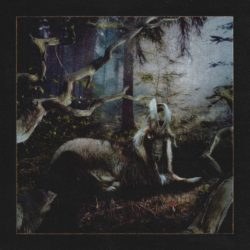 This single is currently the most popular song on Earl’s latest project, Feet of Clay. The track is only 70 seconds long, as are the other six songs on the 15-minute album. In the era of instant media consumption, many Rap, Pop, and R&B musicians seem to be interested in creating shorter works. “MTOMB” is best enjoyed in the context of the rest of the record — though it is representative of the quality of Feet of Clay. The lyrics are spare (22 lines), a poem written and rapped by Earl. Each phrase is punctuated by a looped sample from “Theme (For the People) (Opening)” by the 1970s Funk/Soul group Mtume, hence the track’s title. Liv.E edited the clip to sound as if Mtume is repeatedly lamenting “Pray for the people,” which is also Earl’s opening line. His discography is full of subtle touches like this — one line is invested with enormous meaning. Perhaps that’s why the young – but impressively accomplished – artist dared to record so many short pieces for this disc. Given the depth of his carefully crafted language and production, he doesn’t need to be expansive to put his messages across.

Still relatively unknown, FKA twigs is continuing to build an intriguing body of work. The range of her voice is dramatic, much like her Billie Eilish-esque, soft whispers. “holy terrain” comes from Magdalene, FKA’s new album – the second full-length project of her career. Fans had to wait five years for this release, but few seem to have been disappointed. On this particular single, she sounds like she’s taking cues from artists as diverse as Evanescence or Camila Cabello. About half of the time, FKA croons in a high falsetto. In the rest of the song her voice is sultry and more Pop-like. It’s an incredible act of vocal gymnastics. Unfortunately, the weakest link in “holy terrain” is Future. This kind of pairing isn’t unusual, but his contributions, when compared to FKA’s agility, come across as out of place and lazy. Mumble Rap has its place, but not in a quasi-operatic album.

Heartless by The Weeknd

Listening to the evolution of The Weeknd has been a very enjoyable ride. This is an artist that knows his niche well; he is able to recreate his sound again and again without sounding played out. Part of that success can certainly be attributed to the long list of top producers that he’s collaborated with over the years. As he alludes to in the song itself, “Heartless” was co-produced by Metro Boomin, one of the most prolific collaborators in modern music. This pairing is a harmonious blend; the beat comes from Boomin, but the mix is tamed by The Weeknd’s  customary preferences. The song’s Fear and Loathing in Las Vegas–inspired music video compensates for its  overdone message of a drug-fueled breakup.

CWK has been around for 15 years now, but they really came into prominence on the Indie charts with their 2011 album, Mine Is Yours. They’ve usually erred on the bluesy side, but bassist Matt Maust’s riffs on “Complainer” takes the funk to new heights. There’s even a “Strings & Keys” version of the tune if you don’t dig the original’s vibe. The band’s performances on the song aren’t particularly memorable, but the lyrics provide the perfect anthem for 2019:

This sentiment is everywhere these days, certainly among the under-30 set. Everyone wants to change the world — but no one wants to put the time in. Singer Nathan Willett has previously expressed frustration with the social-media-driven world we are now mired in, so it’s no surprise to see him taking an activist stand here. 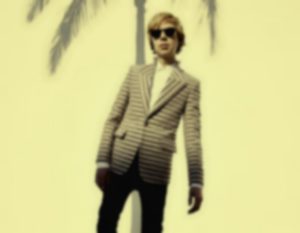 Beck has never been one to stay tied down to any particular genre or sound. “Uneventful Days” is a strong reminder of that versatility. The rhythm is made up of heavy synths, creating a subtle ’80s tone. The unnecessary auto-tune on the track’s vocals takes one back to the early 2000s, yet somehow the delivery turns the blend into a sort of futuristic rap. Beck is singing, but the voices in the background make the sound resonate with the musician’s Alt Hip-Hop repertoire. Some lines are delivered so softly as to be unintelligible. This may be reading too much into the tune, but the lyric that is the easiest to make out may be a personal statement: “Everything I say, I know I can’t get right … You might know my name, you don’t know my mind.”