You are here: Home / Books / Book Review: “The Nickel Boys” — Keeping the Faith

Colson Whitehead’s work is political in the sense that he has an incredibly keen eye for the insidious ways in which institutions and structures of power work. 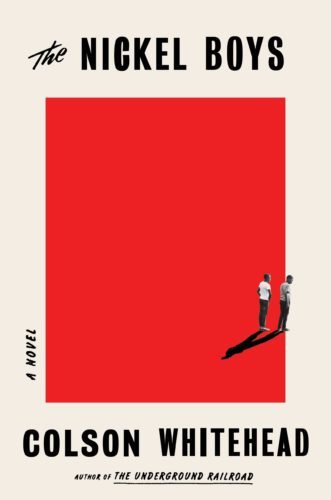 The Dozier School for Boys was a reform school run by the state of Florida for over a century. Thankfully, it no longer exists, but throughout its long tenure it was and still is notorious for creating the absolute worst institutional conditions one could imagine: rampant corruption, constant and willful abuse of all kinds of the teenagers who were kept there, rape by staff members and fellow inmates, constant violence, harassment, torture, and even murder. Due to some diligent journalism and advocacy by and on behalf of some of the survivors, there has been some progress in terms of digging up accurate information on the extent of the vileness the bodies of young men were forced to endure, without any oversight or repercussions. Many of the survivors have told their harrowing stories, which may not offer any gauzy New Age-y opportunity to “heal,” but at least go a long way towards helping to correct the historical record.

Colson Whitehead, esteemed novelist and essayist whose previous novel The Underground Railroad won the Pulitzer and The National Book Award in 2016, has written a surprisingly short and briskly paced fictional tour through the hell that was the Dozier School, re-naming it The Nickel Academy. The reader experiences the truly Kafkaesque nightmare of Nickel through the eyes of a couple of young African- American boys who are imprisoned there, the idealistic Elwood and his streetwise friend Turner, as they try to maneuver their way through this sadistic world while trying not to lose their souls.

It’s fair to say that Whitehead’s work has always had a political aspect, but this is not to be sloppily misinterpreted as turned him into a flag-waver or humorlessly didactic. Whitehead’s work is political in the sense that he has an incredibly keen eye for the insidious ways in which institutions and structures of power work. For example, his debut novel The Intuitionist used the quirky world of elevator inspectors as a metaphor for social advancement — contrasting the ones who go strictly by the book versus the ones who learn by going where they have to go. The Noble Hustle deconstructed the mind-numbing mania of professional poker and what it says about the sickly state of the American dream. The Underground Railroad took the historical freedom trail literally and used it to tell a story of an escaped slave’s journey towards the possibility of freedom.

Elwood is a sweet, bookish young Florida boy who just wants to read some encyclopedias and eventually go to college. The only record he possesses, and listens to repeatedly, is a recording of a speech of Dr. King’s. It comforts Elwood and gives him a sense of purpose: “we must believe in our souls that we are somebody, that we are significant, that we are worthful, and we must walk the streets of life every day with this sense of dignity and this sense of somebody-ness.” This noble sentiment is quickly put to the test after he is snapped up one day without his understanding or consent and thrust into a pitiless, white-dominated world of the Nickel Academy, where the official mission statement is to provide “physical, intellectual, and moral training.” The reality behind the motto is “we don’t mess around with idiots here. If you mess up, we have a place for you, and you will not like it. I’ll see to it personally.”

The Nickel Academy, like it’s real-life counterpart, is an unholy combination of the most brutal all-boys boarding school one could ever imagine, a rural Southern prison, and Foucault-esque panopticon of white supremacy. The staff change the rules capriciously, which reinforces the captive’s helplessness and tortures Elwood’s moralist mentality. Any and all infractions will be meted out using every possible form of corporeal punishment. The particularly heinous cases are conducted in hidden chambers called The White House “because it fit and didn’t need to be embellished…it delivered the law and everybody obeyed” and the Ice Cream Factory “because you came out with bruises of every color.” Poor Elwood tries to hold out hope as long as he can. He holds King’s Christlike admonitions (“throw us in jail and we will still love you”) in mind as the brutal, all-encompassing experience of white supremacy pushes in on him from all sides. “I am stuck here, but I’ll make the best of it…he’d ask how many points he needed to move out…how long it took most people to advance and graduate. Then he’d do it twice as fast. That was his resistance.”

Unpleasant as it is to admit, there’s a painfully naive quality in Elwood’s ambitious response to his surroundings. Nickel clearly isn’t going to reward any type of good behavior — earnest aspirations won’t earn a ticket out. Whitehead’s sense of pacing is terrifically acute and keeps the plot moving briskly with an unnervingly detached narrative voice that adds an eerie quality to the story. It is as if the narration itself has been numbed from too much exposure to horror: “Boys arrived banged up in different ways before they got to Nickel and picked up more dents and damage during their term. Often graver missteps and more fierce institutions waited. Nickel boys were fucked before, during, and after their time at the school, if one were to characterize the general trajectory.” In the face of this terror, what chance does King’s moral and rhetorical uplift — and by extension, progressive ideals of any kind — really have?

It’s tempting to take Whitehead’s juxtaposition between Elwood’s weighing the uplift of Dr. King against the misery of Nickel as a response to our current political malaise. Whitehead himself said in an interview that he really wasn’t looking forward to writing another dark, weighty book after The Underground Railroad, but after the election he felt forced to reconsider. Indeed, at times, when reading the news, one is overwhelmed by the feeling that it really doesn’t matter what one does, how hard one clings to ideas of hope, or how noble one’s goals might ultimately be — there will always be a cruel and more powerful infrastructure ready, willing, and able to clamp down and snuff them out.

I think limiting the book’s message to political determinism might be wrongheaded. Whitehead’s far too gifted and subtle a writer of fiction to fall into easy moral binaries or pat social explanations. Humor is the sharpest arrow in his fictional quiver, which includes, but is not limited to, wry observations along with plenty of dryly witty one-liners. As one reads, there’s a sense that Whitehead confronts the absurd by naming it as such, and responding to it honestly, instead of just bemoaning the unfairness of the world or making a sick joke of it all. He can find small glimmers of redemption in the darkness, the saving grace of a humorous sensibility in dark times.

No spoilers, but the ending of the story offers the reader an unexpected twist that examines what it might take to keep moving forward in a hostile world. Maybe Whitehead’s implied suggestions for survival have to do with taking something meaningful from the past, catching a spark from the people you become close with — and carrying on, however you can, regardless of long-lost faith. The ending of the novel isn’t exactly optimistic, but it does conclude more calmly than might be expected. Whitehead’s back-to-back successes, taking on some of the darkest of American subjects and making art of them, removes any lingering doubt that he is now in the very top rank of living American novelists.