The Western Wind turns out to be a beautifully written novel, a serious book of great depth, intention, and craft. 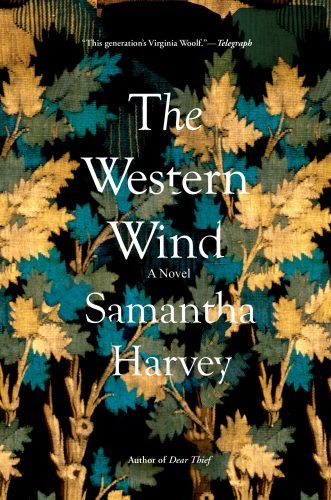 The Western Wind is about religious faith and murder in a remote English village in 1491. It’s narrated by a priest over the course of the four days before Lent, as he copes with the death of the richest man in town. That death is a suicide, or an accident, or foul play: the truth is unclear. An official from a larger, nicer village comes to investigate, and the priest must reveal and/or keep hidden the right amount of information so that the official will leave the town in peace before Lent begins.

Try and imagine a less cool or sexy summary for a novel. A fifteenth-century priest mulls over a death for 300 pages of close narration. Yes, the eyes glaze. But The Western Wind turns out to be a beautifully written novel, a thematically rich book of great depth, intention, and craft—comparable to the work of Marilynne Robinson, but more lyrical.

John Reve, the parish priest of Oakham, has every intention of being kind and helpful to the souls under his purview. During the holy days, he hears confession three times a day. The secrets he hears are the usual flotsam of small lives, the occasional genuine sin mixed in from time to time. He hears multiple false confessions to the murder of Tom Newman, intelligent, good-humored, and popular, who was tangled up in a complicated land ownership situation with Oliver Townshend, the only other man in town with any wealth. Although the book is a murder mystery of sorts, it progresses at a magisterial pace. This is character-driven book with little momentum.

Chronologically, the book arranges the four days between Newman’s death and Lent backwards; the individual days are narrated sunrise to sunset, but they are placed in reverse, a structure which shrouds the truth about Newman’s death. This unusual structure brings Atonement to mind, partly because Harvey and Ian McEwan have a lot in common as novelists. In their books, character is all: the people and situations surrounding the protagonists exist in a realistic network, rather than as a two-dimensional backdrop.

For instance, John Reve’s sister was married the day before Tom Newman went missing. A woman Reve knows in town is in the final stages of some kind of disease, possibly syphilis, contracted when she decided to see more of the world. Neither of these situations is particularly meaningful to the book’s central plot (Newman’s death and its repercussions), but they exist to give the reader a sense of what Reve is going through, practically and spiritually, as he comes to terms with Newman’s death.

The religious dimension of this novel is quite prominent. Harvey deliberately stages a conflict between Reve’s faith, which involves the priest as a channel to holiness, and Newman’s faith, which he claims can be inspired by music and doesn’t require a third party. It annoys Reve to imagine himself as unnecessary in Newman’s reckoning:

To think God would trouble himself with gut strings. To think a sheep’s innards could do what a priest has trained for years to do, has sworn his body and soul to, has surrendered his man’s body for, and has denied himself in service of doing. As if God’s ear were cocked evermore in the direction of Newman’s lute—no, as if God leapt into the lute itself.

Even though religion plays a vital role in The Western Wind, its incidental aspects are of the most interest. The novel is claustrophobic; it is occupied with several dozen citizens only and has no regard for the world beyond the village. The reader gets a genuine feel for how and why village life revolved around the church, and thus an appreciation for how important and yet how ordinary the parish priest was in that life. The narration concerns itself frequently with the natural world, demonstrating how much closer to the land and its fickle seasons people lived in prior centuries.

Harvey’s achievement in setting this novel in the past is impressive. She has offered the texture of life in 1491 without writing an explicitly historical novel — that is, one concerned with a famous event or collection of personalities. These people could not be more obscure in the sweep of English history, and it was an inspired choice by Harvey to focus on them.

However, the novel is utterly humorless, as solemn as a priest’s frock. It might have been a ponderous book, but Harvey’s wonderful wordcraft is her saving grace. For instance, a shirt “had dried damp and was flapping without elegance, banging open and closed as if there were a man convulsing inside.” Reve considers that his sister Annie “was right, that there in the curved chamber of our hearts was all the circularity of time, and all the tools for its both-ways navigation.” Reve even articulates the book’s structure a handful of pages before it ends:

But no; that small word if was tawdrier still, a gateway to all manner of heavens and hells. It would be better to start not with what might happen, but with did happen—to begin with the end and journey backwards, like kicking against a current, away from the rock against which you’ve washed up and out to the open waters, the waves the intentions that carried you in.

There are no answers in this book. Or, rather, there is only one: who killed Newman. That question is answered. Why all the characters surrounding him act as they do is less clear. The Western Wind does not offer answers to the big questions about human behavior, but it inspires us to ask them more deeply.