From intense solo recitals to big band rumbles, Satoko Fujii can not only be counted on for exploratory zeal — she also has the chops to pull off whatever she attempts. 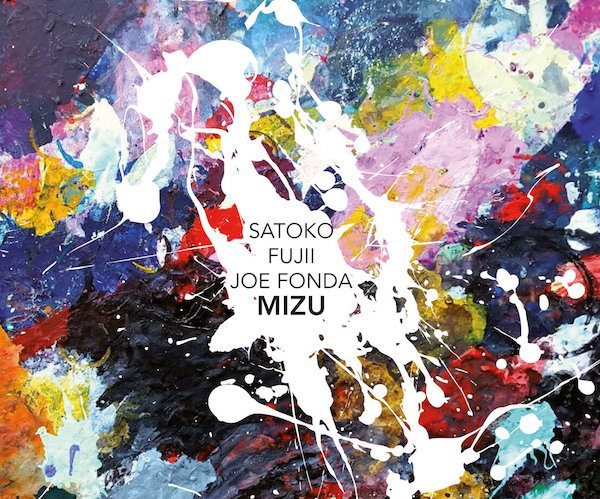 When I first heard that pianist/composer/bandleader Satoko Fujii was going to put out a CD per month in honor her 60th birthday year, the jokester in me was tempted to ask if this meant an already prolific musician was cutting back. At last count, Fujii has already released over 80 albums in her relatively brief career. Given that, I guess another dozen is really not that much of a big deal. Except that I want to hear them all without missing everything else of merit that is coming out in 2018. Well, time to strap on the headphones.

I’ve had the chance to review the Japan-born pianist in concert and on record over the years, and have generally found her work to range from the good to the excellent. From intense solo recitals to big band rumbles, Fujii can not only be counted on for exploratory zeal — she also has the chops to pull off whatever she attempts.

Two of the discs from the bonanza year match her up with bassist Joe Fonda. She recorded the first evidence of their fruitful collaboration on Duet, a live recording made in Portland, Maine in 2015. The pair are now back with Mizu, a set of duets, and Triad, which adds Italian soprano saxophonist Gianni Mimmo to the mix. Both discs were recorded in Europe for the Long Song Records label between October 9-14, 2017.

Like the recently departed pianist Cecil Taylor, Fujii uses her conservatory training as a launching pad for free-wheeling, free form musical quests. With each album she seems to be exploring — ever more deeply — an idiosyncratic creative space. And in Fonda, who’s four years her senior (and fellow Berklee College of Music alum), she’s found a kindred avant-garde spirit.

The title cut from Mizu (Japanese for water) begins with prepared piano musings that provide a chime-like bed for Fonda’s accompanying arco expansions. A crescendo builds, with the players alternately scratching and tapping on their instruments. Fujii eventually settles down and makes use of the traditional strengths of the keyboard, providing elegiac harmonic ripples along with an airy melody. Fonda offers vocal encouragement as Fujii’s lines gather momentum. His exhortations continue as the pianist goes on to probe her instrument’s expressive range, from the tender to the tough. A reflective coda follows: Fonda takes up the flute and the tune returns to where it began. Mizu‘s liner notes indicate that the composition is an act of remembrance, an homage to the pianist’s professional beginnings under the tutelage of Paul Bley. Amen. This amazing cut demands repeated attention. 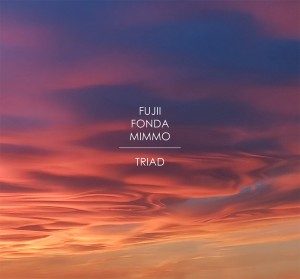 Moving on to Triad, the forty minute-plus “Birthday Girl” is clearly the album’s major statement. Mimmo’s soprano contributions instantly suggest Steve Lacy’s erudite but slightly unhinged brand of lyricism. Mimmo dances nimbly atop Fujii’s alternately sweeping and pointillistic spasms of sound. Fonda comes in and signals an attempt to bring things back to earth. He bends low tones as Fujji offers inner-piano squeaks and scrapes. Mimmo contributes bird-like flourishes. A sense of tentativeness would prevail if it weren’t for the saxophonist’s ability to summon the pair gradually back to order.

Fonda’s drone sounds, the pianist supplies some reassuring tension, and Mimmo goes all in with cries that end all too soon. Fujii then begins to pound out a single repeated note, drawing Fonda into a rapid-fire solo joined by Mimmo and the pianist, which generates a high-energy, three-way conversation. Plenty of intense agitation here, but it is not a hostile cacophony. At a concert, this is where listeners would start rocking in their chairs.

Quiet returns, of course, The members of the trio, having dealt with each other through … something of an experience … seem to have emerged in a pensive mood. A flute/soprano colloquy supplies cathartic notes of peace, but Fujii, never satisfied, still wants to see what’s around the next corner  — and forges ahead to the next peak.

There’s much more music than has been discussed here on both of these beguiling releases.  Ten more albums to go to be up to speed on Satoko Fujii for 2018. But you can’t have too much of this kind of good experimental thing.