You know a Cowboy Junkies tune the second that you hear it, but the songs don’t come off as formulaic or produced for mass consumption. 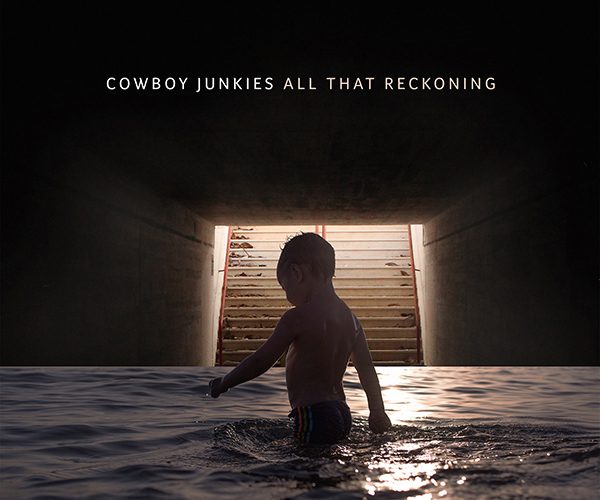 At this point, it’s safe to say that the Cowboy Junkies don’t screw up, and that’s not because the band chooses to follow a steady or safe path.

All That Reckoning is the band’s 16th studio release and first batch of new songs since the creative burst of the “Nomad Series,” which yielded four albums over 18 months, spanning from 2010 to 2012.

All That Reckoning is comparatively more manageable effort: its 11 tracks clock in at around 45 minutes. Yet along the way the band summons up plenty to think about, as the musicians twist and bend folk, blues, and rock traditions to their will. Listening to this record is like taking a journey that has no set destination — that’s just fine because it always seems to lead to a different and satisfying place.

Singer Margo Timmins’ ever-supple voice, along with the live-wire dynamics of her brother Michael Timmins’ guitar work, generate plenty of bold textures, which  are further shaped and supported by the impeccable work of bassist Alan Anton and drummer Peter Timmins. Often, the ensemble creates shrouded and melancholy landscapes, yet the assemblages expertly include little trap doors that let flickers of light and promise to seep into the material.

The Cowboy Junkies’ 1987 breakthrough sophomore release The Trinity Sessions exposed us the vision that the Timmins siblings and Anton would rev up again and again. Yet the band’s career is testament to just how far artists can go when they stay attentive to craftsmanship while encouraging their imaginations to drive them past customary boundaries.

You know a Cowboy Junkies tune the second you hear it, but the songs — largely written by Michael Timmins — don’t come off as formulaic or produced for mass consumption. In the case of All That Reckoning, the band turns to abstract and illustrative lyrics that, when strung together, amount to a series of unsettling, and complex, sonic portraits.

The fact that the title track is played twice on the album, in two different arrangements (each providing its own very different emotional experience), underscores just how pliable and multi-faceted these songs can be. And that instability serves All That Reckoning‘s theme of duality, which pops up throughout its songs, which explore the wavering lines between fear and hate, resentment and remorse, and joy and rage.

Margo Timmins’ voice is the lead instrument, guiding our ears through the album’s contorted scenarios. She still deploys the ethereal, hypnotic delivery that was so much a part of the band’s early work. But she has matured as a vocalist, just as the band itself has expanded its ambitions. All That Reckoning is well-rounded in its interests, reaching into some political spaces along with plenty of personal ruminations and a few cautionary (and crisply allegorical) warnings. The standout tracks on the album range from the contemporary pulse-taking of “The Things We Do to Each Other” to the dreamscape tragedy of “Mountain Stream.”

As dark as some of the songs here get, and the brutal ending of “Shining Teeth” is probably the record’s emotional nadir, the Cowboy Junkies deliver their version of  uncomfortable truths with a sense of defiance. And that strength, to see things as they are, leads to the record’s possibility of hope. That latter impression, however, is shaped within the body of songs that are sandwiched between the two versions of the tune “All That Reckoning.” The album concludes with the (ironic) pastoral folk tune “The Possessed,” which cleverly toys with conventional ideas about our temptations, downfalls, and the hand we have in creating them. With a group this adroit and emotionally complicated, there always seems to be more to be reckoned with.

The Cowboy Junkies will be performing songs from the new album on its current tour: Cary Hall in Lexington, MA on July 18; the Old Whaling Church on Martha’s Vineyard on July 19; The Music Hall in Portsmouth, N.H., on July 20.