You are here: Home / Featured / Music Interview: Kristin Hersh — Making the Best Music of Her Life

“There should never have been the cult of the rock star. That just shouldn’t have happened.”

According to Kristin Hersh, “if you care about music, you have no business being in the music business.”

This might sound strange coming from someone who cofounded the influential Boston-based alternative band Throwing Muses in the 1980s, formed the harder-rocking trio 50FOOTWAVE in 2003, and has been a fruitful solo artist since the 90s.

However, Hersh has forged her own path as a musician for more than 30 years, even when it meant having to buy herself out of a contract with major label (namely, Warner Bros.) and making her material available at no cost.

In 2007, she added author to her résumé with the publication of a children’s book called Toby Snax. Rat Girl, a memoir based on the diary she kept when she was 18, followed in 2010, and 2015 saw the release of Don’t Suck, Don’t Die: Giving Up Vic Chesnutt, which chronicled her long friendship with the revered but troubled singer-songwriter who died by suicide on December 25, 2009.

50FOOTWAVE, which includes Muses bassist Bernard Georges, released the EP Bath White this past May and Hersh’s 24-track new album Wyatt at the Coyote Palace came out last month. (Wyatt is the third-born of Hersh’s four sons, who range in age from 13 to 30.)

With a bounty of material from which to select, Hersh will play the last date of her 2016 tour at The Sinclair on Sunday, December 18. She spoke to The Arts Fuse by phone as she struggled through the Denver airport, proceeding from a shuttle bus, to baggage claim, to car rental.

(Note: Journalists typically include parenthetical indications that an interviewee laughed while or after saying something. My doing so in this case would have taken up too much space and probably been distracting. Therefore, I invite readers to determine for themselves what Hersh found amusing.)

Arts Fuse: Your 2010 album, Crooked, the 2013 Throwing Muses album Purgatory/Paradise, and Wyatt at the Coyote Palace are all accompanied by books. Will this remain standard operating procedure for you?

Kristin Hersh: I think that that will probably be determined by the material. This stuff, for the last few releases, has played out well that way, and differently. They’re very different books and records. But if this become a rut or misguided in some way, I would hope that I have the wherewithal to do something better. I was trying to improve on the little piece of plastic, that’s all. I like books. Nobody likes CDs, so I slip CDs into books because I’m evil.

AF: Do you recommend that listeners read along with the lyrics while listening to the songs and pause the music to read the prose?

Hersh: I can’t do anything but stare into space when music is playing. So I would imagine, if it were me, I would just listen to the music when I felt like listening to music, read the book when I felt like reading books. I’m not that smart, I don’t think. I’m not so good at multitasking.

AF: Did everything in Wyatt at the Coyote Palace come about in one defined stretch of productivity, or do some of the pieces have histories that go back further than others?

Hersh: I think it’s all from the same time period. A long one. You lose that continuity of tone and texture if you go too deep into your past, I think, unless your record needs like a spark of like raw acoustic that you don’t have, or something hypnotic. Then you have to go looking.

AF: Are you reading from the book on this tour?

Hersh: Yeah, I stack up all my books and I don’t have a set list. I just go out and play whatever I feel like, and that reminds me of a story that I read and then play something else. And then it’s time to leave.

AF: How did you decide that your relationship with Vic Chesnutt was worthy of book-length treatment?

Hersh: I didn’t. I was asked to, and I said no. Many times. And they just kept asking till I said yes, but still meant no. And then they called back to see how it was going, and I was like, “Oh, you mean really a book?” So initially, it was just like everything else I do: I think it’s impossible and think I sit down and go, “oh, I can do this.” And I still don’t know if I can or not, but I do. That one wrote itself pretty quickly.

AF: Why did you initially reject the idea?

Hersh: Because I assumed they wanted a biography, and then when I described what I could do, which was fairly impressionistic, they said, “yeah, that’s what we’re looking for.” So it was kind of a trick. It was a sting operation!

AF: What is your favorite Boston venue that is no longer in business?

Hersh: The Rat. Probably my favorite. I liked crawling down into that degradation. It was a beautiful thing, the Rat. Somebody gave me a drink sign when they closed. It’s up on my wall now. 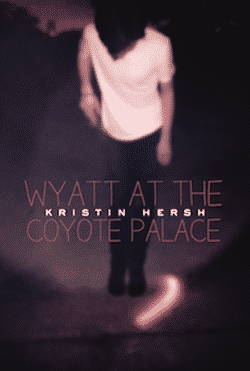 AF: What, if anything, do the opinions of music critics mean to you?

Hersh: I have a great deal of respect for professional listeners and listeners at all. I have been, the bulk of my life, having conversations with brilliant, aesthetically minded listeners who call themselves music journalists. I don’t really read reviews unless someone says, “this is nice” or “this is well-written,” because I care about their work. I don’t boycott it or anything, but I know that even if they had decent things to say, it won’t color my next work. I can’t even color my next work. I walk into the studio knowing exactly where I want all the mics placed, which amps I’m gonna use, where the snare mic is gonna be, which basses I’m gonna play, and what reverbs I’m not gonna use. I walk out with something completely different. I’m always just so off base.

AF: Did you establish sufficient independence from the music and record industries early enough so that downloading, streaming, and piracy had less of an impact on you financially?

Hersh: No, but I’ve always been all for it. Anything that makes the recording industry topple. There should never have been the cult of the rock star. That just shouldn’t have happened. So if some good soldiers fall, including myself, for financial reasons, that’s nothing. That’s a battle, and the war is for music itself, which is far more important than any of us. I know that sounds heavy-handed, but I mean it.

AF: Which of the four decades that make up you musical career do you consider you best from a creative standpoint?

Hersh: Um…this one! Because the recording industry was anathema to me. Now I’m free to let music do what it wants and not get in the way, which trickles down even to production. When I’m refining the sonic vocabulary of a release, it’s because I’m responding to the material, as opposed to, “ugh, Warner Bros. is gonna yell at me because radio doesn’t like it,” you know? Now I’m free to not suck in every aspect of music. All the chances that 50FootWave took, and then Throwing Muses’s last record, and this this one [Wyatt at the Coyote Palace], I think I’m making the best music I ever have. You could have asked me a few decades ago if I was making the best music of my life and I would have said no. I knew it was suffering from the dumbing down of the industry.