You are here: Home / Featured / Music Interview: Feeling out “The Feelies”

In his 1932 novel Brave New World, author Aldous Huxley wrote of the people in the year 2540 enjoying a technological advancement called “feelies,” an addictive form of entertainment in the tradition of the movies: you sit in a seat equipped with special knobs, and when you grasp them the sensations of the characters on-screen are transmitted to your own nerve endings.

More than four decades later, four nerdy young men from small-town suburban New Jersey named their band after this prophetic product of Huxley’s imagination, his sense of where popular culture would lead.

The impression that they made as a live act was so immediate that the Village Voice named the quartet “the best underground band in New York” in 1978. 1980 saw the release of Crazy Rhythms, an appropriately titled album that was influenced by artists as wide-ranging as The Beatles, The Byrds, The Velvet Underground, Brian Eno, Television, and—in terms of its cover—Buddy Holly & The Crickets.

Two years later, several songs from the debut would appear in the 1982 movie Smithereens, including “The Boy with the Perpetual Nervousness.”

Although not a commercial success, Crazy Rhythms would make the band a favorite of critics and be a major influence on the brave new world of indie and alternative music that emerged in the 1980s and ’90s. In fact, R.E.M’s Peter Buck would co-produce the band’s 1986 album The Good Earth and longtime and still working Boston music critic Jim Sullivan penned the liner notes to its 2009 reissue.

Between 1980 and 2011, The Feelies would record only five albums. Following The Good Earth, the band signed to a major label (A&M) for Only Life (1988) and Time for a Witness (1991), which included covers of songs by The Velvet Underground and The Stooges, respectively. A few months after the release of Time for a Witness, guitarist and songwriter Bill Million suddenly left the band to be closer to family that he had in Florida.

Million’s departure put The Feelies on indefinite if unofficial hiatus. Throughout the 1990s, the other members would play individually or with fellow Feelies in various other bands, almost all of which were from New Jersey. The most—nay, only—high-profile endeavor by any of them would be percussionist Stan Demeski’s joining the New York City-based Luna.

Almost a decade-and-a-half passed without there being so much of a peep about The Feelies. Since 2005, however, the song “Let’s Go” has been featured in the movie The Squid and the Whale and a Volvo commercial. They have resumed touring (albeit only on weekends at eastern shoreline venues), recorded a new album (2011’s Here Before), and seen their first four albums all reissued on CD and vinyl.

On Friday, September 16, the line-up that recorded The Good Earth and each subsequent album—Million, Demeski, singer-guitarist Glenn Mercer, bassist Brenda Sauter, and percussionist Dave Weckerman—will return to The Sinclair.

If past shows are any indication, fans will be treated to at least a couple of dozen selections; each album will be well represented along with myriad Feelies-ized versions of other artists’ songs.

Lifelong members Mercer and Million spoke to The Arts Fuse in separate phone calls in advance of the show.

Arts Fuse: How did the two of you meet before forming The Feelies?

Glenn Mercer: I had a band and he had a band. I kind of knew about his band because my brother had seen them play and said, “Oh they’re really like The Stooges. You’d really like ‘em.” Then they got involved with trying to stage a rock festival at the local ball field. And they got permission to do it but one of the guys put up flyers at Port Authority and somebody from the town saw it, and he was like, “Oh, it’s going be like Woodstock. It’s going to be overrun.” And they had these big meetings to decide whether to allow this concert. So I kind of knew about Bill’s band through the publicity that that generated. At one point we had like a party where we rehearsed in the garage at a guy’s house and he said, “Oh yeah, we invited the guys from [Bill’s band] The Dog Food Killer Band. They might come by.” So Bill stopped by. We both were playing bass at the time. I guess the connection was that both bands played “I Wanna Be Your Dog.” I guess that prompted him to come check us out. He wanted to see how we did with the Stooges songs.

AF: The Feelies have covered songs by The Velvet Underground on record and in concert, and music journalists (including me) often note what they believe are similarities between the sounds of the two bands. Were they a major influence from the beginning or were they just one of many?

Bill Million: I grew up a Beatles fan, and I always kind of regarded The Beatles as otherworldly as musicians. I kind of looked at it as not really attainable for me for me to try this when I was much younger. However, with The Velvet Underground and Neil Young and Ron Asheton of The Stooges, hearing that music was kind of inspiring enough to pick up an instrument because you could listen to it and say, “I might be able to do this,” even though in retrospect a lot of what they did was more complicated than what meets the eye, I guess. So yeah, I was very attracted to both Lou and particularly Sterling’s guitar playing rhythmically. [Lou Reed and Sterling Morrison were both members of The Velvet Underground.]

Mercer: We would pick up a lot of things. A lot of non-musical type things would kind of creep into it. The sounds of nature—we’d listen to crickets and bugs and stuff. You know, suburban setting. A ton of stuff goes into influences, like non-rock kind of stuff like Philip Glass and Steve Reich. We’d listen to African drumming, big band music. We would reach out for ideas from anywhere, really.

AF: What led to The Feelies appearing as a high school reunion’s paid entertainment in the 1986 Jonathan Demme movie Something Wild?

Mercer: Jonathan Demme’s a big fan of the band. He just called us up. We talked about what a band would play at a reunion for a class of ’76, I guess it was, and he had sent some top 10 lists of hit songs from a couple different years. One of them—I don’t know if it was his idea or our idea—was the Rocky theme. We worked up this version that sounded like a cross between “Sombre Reptiles” by [Brian] Eno and the Rocky theme—the melody’s kind of similar—and we were really proud of it. We thought it was really cool. And we got there and he’s like, “Aww, bad news guys—we can’t get clearance for the song. We’re not gonna be able to use it.”

Million: He wanted us to play songs from that time period, kind of Feelies-ized versions of them. So we were trying out like Eagles songs, like “Take it to the Limit.” We had trouble getting through the Rocky theme because we kept laughing. It turned out that Sylvester Stallone, I guess, owns the rights to it and he didn’t want it used.

AF: How did the band learn of its influence on indie rock bands such as R.E.M., Yo La Tengo, and Sonic Youth?

Mercer: Peter [Buck of R.E.M.] I met at a party and he told me that [Crazy Rhythms] was a big record for him. We met Ira [Kaplan of Yo La Tengo] when Crazy Rhythms came out. He was a writer for the New York Rocker, and Stiff Records had set up like a whole day of interviews, one after the other, bring ‘em in, bring ‘em out kind of thing. It was getting kind of boring for us, and then at the very end they asked if we had time for one last one, and it was Ira. He asked all these really cool questions. He had obviously read the liner notes. We thought, “Oh, this guy is really on the ball.”

Million: When he was putting together a band, he kind of reached out to see if we can help produce and record some demos. He’d come over to my house with Georgia [Hubley, Yo La Tengo drummer] and we did just that. We’ve been pretty good friends ever since then. 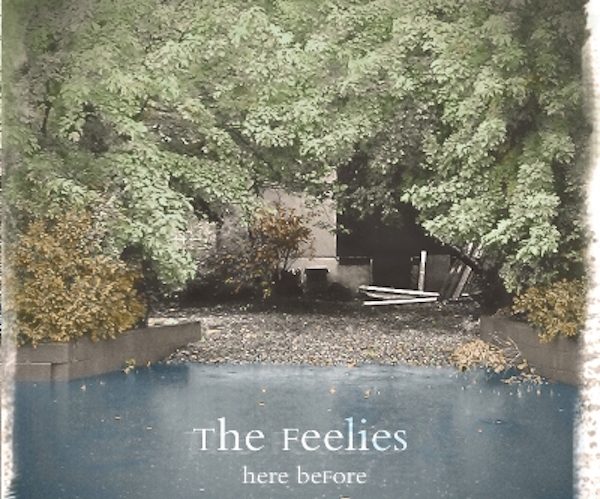 AF: And Sonic Youth invited you to perform with them at the River to River Festival New York City on July 4, 2008, an event that the New York Times previewed under the headline “Reborn on the Fourth of July.”

Mercer: That was kind of one of the impetuses for reforming. We had had a lot of requests for licensing stuff and reissuing the records. It seemed like with the internet it was a lot easier to keep track of the interest in the band.

Million: One of the guiding ideas when we decided to get back together and play was to work on new music. We didn’t just want to play old songs. We wanted to record new music. We’re kind of notoriously slow at doing these things, so actually three years was pretty good.

AF: There are several unusual items on which band members are credited on Crazy Rhythms, including sandpaper and a coat rack. Bill, why are you credited with shoes on the album’s title track?

Million: We had recorded Crazy Rhythms in this cavernous studio in the Chelsea section of New York. I think that it was meant to accommodate large orchestras. Glenn and I found these little hallways that were outside the studio, so I had put a pair of shoes on my hands and just got kind of down on the floor and was just kind of like dancing with the shoes for a percussion part. It’s kind of like in the instrumental break, when you kind of hear all these sounds, that’s where that fit it. The hallways had this really cool, very natural reverb to them and a lot of hard surfaces, so we got some   sounds in those places that were outside of the studio.

AF: Is the band working on anything new?