You are here: Home / Fuse News / Fuse News: The Nieman Foundation Celebrates the Centennial of the Pulitzer Prize – No Kudos for Critics 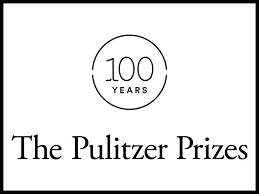 The Nieman Foundation at Harvard University is celebrating the centennial of the Pulitzer Prize this year with a two-day gathering (September 10 and 11) at Cambridge’s Sanders Theatre. The impressive event will include talks and performances from a selection of past winners, including Wynton Marsalis, Stan Grossfeld, and Sacha Pfeiffer. Panels on the second day will explore the theme “Power: Accountability and Abuse” “through the prize-winning work of the participants – journalists, poets, authors, playwrights, historians, musicians and other speakers.” The event is free, and no doubt will be inspiring and informative.

But I couldn’t help but notice a revelatory lacuna. There were no critics or writers on the arts among the announced participants. None of the subjects of the panels (‘Power in the Home,’ ‘Power in the Nation,’ ‘Power in the World’) appear to deal with issues raised by arts and culture coverage. Winners of awards in Investigative Journalism, History, Public Service, Poetry, Drama, Feature Writing, Editorial Writing, General Non-fiction, Photography, and Commentary are represented — but nothing in the august line-up acknowledges there is a prize for Criticism. On the one hand, the omission is understandable – the idea is for the event to focus on serious public issues, on how the finest journalism questions authority of the political variety. And, let’s face it, the practitioners of the arts – Marsalis, novelist Junot Díaz, and dramatist Lynn Nottage – are going to attract a lot more attention than those who judge the arts — or attempt to make sense of cultural power.

But the omission is symptomatic of an alarming trend. At the moment, arts criticism is disappearing from the pages and online sites of major newspapers and magazines, cultural coverage softening up into pasty ‘lifestyle’ fodder. I have recently written about how The New York Times and The Boston Globe are cutting back on their critical looks at the arts. This worrying change is going on without much fanfare or explanation from the editorial powers that be. The mainstream media, in order to escape questioning, are attempting to do away, quietly, with a traditional beat. I am convinced arts criticism is considered by many in journalism’s higher precincts to be froufrou — the media assume its disappearance won’t be noticed until they put up their new and improved ‘digital’ signs. The conventional (and comforting) expectation is that professional criticism will find a new home on the blogosphere — after all, everyone has an opinion. Whether it is well argued, informed, independent, edited, or articulate doesn’t seem to matter anymore.

There is a mention of special guests, so maybe some of the local winners of the Pulitzer Prize for Criticism will be at Sanders Theatre for the festivities — Sebastian Smee and Mark Feeney of The Boston Globe, and Lloyd Schwartz. Perhaps they will rush up to the podium and say a few words for the venerable craft of criticism, and its importance. The Pulitzer Prizes represent establishment journalism (as does the Nieman Foundation). For them, cut backs in arts criticism and cultural coverage doesn’t seem to be a matter of particularly pressing concern – if it must be sidelined or sacrificed to save other, more crucial beats, so be it. The hope is that nobody will notice that criticism hasn’t been invited to the party.