Trumbo is content to be a potted history lesson rather than a thought-provoking work of art.

Johnny Got His Gun

When I think of Dalton Trumbo, it is this masterwork, one of the the great pacifist novels of the twentieth century, that springs to mind. Written on the eve of World War II, this powerful tome became a ‘must read,’ along with Slaughterhouse Five and Catch 22, for myself and other children of Vietnam. Unlike those other volumes, Trumbo’s anti-war fable had not been written when the darkening clouds of Southeast Asia were hanging over our collective heads. It was published in 1938—and its iconoclasm forecast the troubles Trumbo and his peers would suffer through a decade later.

Not that I was expecting the novel to be a key player in the film Trumbo, but I was anticipating more than a cursory shot of the book shelved among his other literary works. I believe that in 50 years Johnny Got His Gun will still be read; the Hollywood Ten will only be a niche in the history books.

In fact, that process has already begun.

On the way to see Trumbo, I visited a Sprint store and my local Starbucks. Several of the workers I see on a daily basis asked me about my Thanksgiving plans: I told them I was going to this film. None had heard of the Hollywood Ten, the House Un-American Activities Committee, blacklisting, or of Trumbo himself. Put in that context—what the late Gore Vidal called the United States of Amnesia—this is an important release, a film that could educate a generation about political persecution.

Unfortunately, this film is content to be a potted history lesson rather than a thought-provoking work of art. It clearly belongs in that long list of movies whose message is CANCER IS BAD. There is no attempt to confront the viewer with any ideas that he or she might disagree with. This film would have been better served if it had been written by the ever-maverick screenwriter Dalton Trumbo. Or at least someone channelling his rebellious spirit.

Trumbo opens in a gray, post World War II America, when ‘Red Baiting’ was just getting on its feet. The Communist sympathizers among the high leave showbiz intelligentsia weren’t taking all the threatening ideological bluster in earnest; it was if they felt protected by their fame, safely perched above the madding crowd.

The film points out how stunningly fast their success unravelled. One year Trumbo is the industry’s highest paid writer, living luxuriously in the Los Angeles hills; the next he is living off the government, housed in one of its more austere prison establishments.

And, after Trumbo’s release, he is a different man living in a hostile world.

Unable to work under his own name, Trumbo creates some of his most important works with ‘beards’ taking credit for his screenplays. He also wrote under a number of amusingly fictitious pseudonyms. Yet, in this decade of his Hollywood exile, his work won three Oscars….Roman Holiday, Spartacus, and Exodus. He was finally given on-screen credit for the latter two films, breaking the blacklist against him and many of his contemporaries.

Not that any of this background is made clear in Trumbo. This film suffers from a grevious lack of context. Martin Ritt’s The Front, filmed in 1976, 15 years after the end of blacklisting, made adept use of a great many talents who had suffered during those “scoundrel times,” most notably Zero Mostel. Calling itself a comedy, that film created an unforgettable look back at hard times by carefully peeling away the layers of angst. 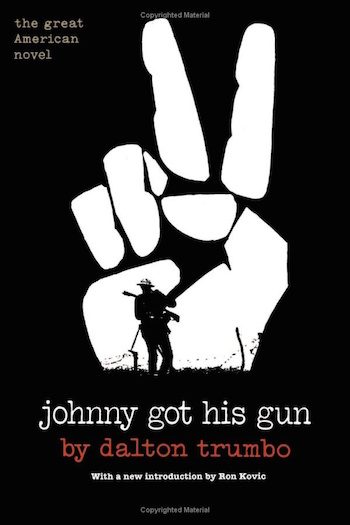 Trumbo however, is no The Front. There is an irritating self-rightiousness here, the ahistorical chutzpah of a very conventional Hollywood film that, years after the event, sees itself as part of the struggle against the oppressive machine. It is as if the filmmakers themselves are hardbitten crusaders—rather than the pampered love children of the perpetrators of injustice.

The cast is strong, yet somewhat uneven. Bryan Cranston of Breaking Bad fame is significantly understated here, creating a deeper characterization than what the film’s writer, John McNamara, provided. And Helen Mirren, as Hedda Hopper, goes to compelling extremes in order to dramatize the famously heinous columnist’s bitter vindictiveness. But Louis C.K., in the pivotal role of Arlen Hird, comes off as deeply uncomfortable, a fish out of water. It is as if he’s acting in another movie set in a different time period.

On that note, the costumes and hairstyles are a bit haphazard. At times they are spot on for the Eisenhower ’50s, but there were a number of anachronistic moments that had the undeniable look and feel of later periods in America. Also, the choice of the director for this historical project was an odd one. Granted, Jay Roach made the political films The Recount and Game Change, but he is best known for helming the Austin Powers franchise as well as heading up other silly comedies, such as The Campaign, Meet the Parents, and Dinner for Schmucks. He seems to be out of his element here. When dramatizing the past, attention to detail is paramount—he depicts Trumbo’s trials and tribulations with far too broad a brush.

There is a fine 2007 documentary with the same title, based on a play by Trumbo’s son Christopher and directed by Peter Askin. It is provocative, intense, informative, and gripping….all the things that this film is not.