You are here: Home / Editorial / From the Editor’s Desk: Save the A.R.T.’s Tinker Bell — Clap Your Hands If You Believe in Cash

A major regional theater is turning itself into a launching pad for Broadway/Las Vegas blockbusters, with Hollywood pouring cash and advice into the pipeline. This sight of greased palms in plain sight is a disgrace and an embarrassment for Harvard University and the A.R.T.

I have been meaning to set up a weekly column for quite a bit, but I have not had the chance to carve out the time. I wanted to have a way to comment on what was going up on the magazine, answer questions that come in from time to time from readers and artistic organizations, and respond to cultural current events.

This week the news is depressing, but instructive about how things are going for the arts in the Boston area.

Expecting serious theater at the American Repertory Theater? Forget about it. The recent puff piece in the Boston Globe on the world premiere of the musical Finding Neverland sets out the monetized-to-the-max “artistic philosophy” of the A.R.T.’s CEO Diane Paulus. Combine the for-profit millions of Hollywood mini-mogul Harvey Weinstein (the show’s producer) with the non-profit millions of Harvard University, mix in director Paulus’s one-trick pony circus hijinks, and presto! – financing for a musical retread of Peter Pan (by way of a recycling of Weinstein’s film version) manufactured for Broadway and the West End. We are now at the sad point that a major regional theater at one of our country’s leading educational institutions is ponying up backstage capital, its face deep in the trough (who knows which way and to whom the profits flow?) in the quest to make a smasheroo musical out of a failed movie. And, of course, moneymen are influencing artistic decisions. In the article, Paulus is quoted as saying that notes on the production that came from Weinstein were “invaluable.” A major regional theater is turning itself into a launching pad for Broadway/Las Vegas blockbusters, with Hollywood pouring cash and advice into the pipeline. This sight of greased palms in plain sight is a disgrace and an embarrassment for Harvard University and the A.R.T.

Don’t expect many to say (or write) this out loud. Hypnotized by celebrity and money, the mainstream media have turned into a gaggle of cheerleaders. Even for a publicity release disguised as a feature, the Globe‘s article was pretty craven — not a single skeptical whimper was raised at the academic/commercial wheeling-dealing. Earlier in the year, a myopic Globe editorial writer tried (unsuccessfully) to argue that Paulus’s Glee-inspired Witness Uganda contained some sort of educational value. Globe power brokers will be hard pressed to airbrush pedagogical merit into so naked an escapist, money-making venture as this one. (“Harvey Weinstein, known for his interest in helping us understand the plight of orphans …”) Our spineless crowd of NPR/Globe stage critics will continue to hail Paulus as a theatrical giant. (Tony Awards = Visionary)

As I have repeatedly said, Paulus is an entrepreneur of brazen brilliance, a top-notch businesswoman who realizes that in a debased culture, where universities are increasingly behaving like corporations, art plays a vital role in shaping a franchise’s image, thus a successful theater brand where Broadway celebrity and big bucks covered by a patina of higher learning. Finding Neverland could very well be a terrific mainstream entertainment and may it make zillions of dollars for Harvard University, Weinstein, and Paulus. But it sets up a tawdry shell game that other regional theaters are going to imitate to the detriment of the production of challenging theater. Slick blather about serving the imagination and artistic standards serves as a razor-thin smoke screen for the opportunistic hunt for showbiz gold. The A.R.T is not interested in “expanding the boundaries of theater.” It is time for new, less hypocritical branding.

Meanwhile, for artists and institutions who are trying to go beyond the production of standardized entertainment, the road to survival is paved with thorns. Discovery Ensemble announced this week that it was canceling its upcoming season and will go into ‘neverland’ permanently. I hope to have more on this development from Classical Music Critic Jonathan Blumhofer, who has been an admirer of the education-minded orchestra and its young conductor, Courtney Lewis. It is “one of Boston’s great musical treasures,” he wrote in one review. “It’s no secret that Boston’s most reliably exciting orchestra is Courtney Lewis’s Discovery Ensemble. Made up primarily of recent grads from local conservatories, it’s a group that, despite its youth and turnover rate (this season features quite a few new faces, especially in the principal string chairs), consistently delivers playing of great energy, spirit, unity, and depth.” 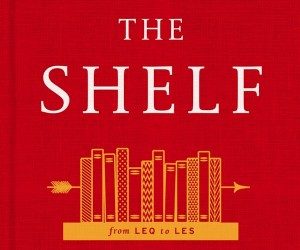 One of the impulses behind The Arts Fuse is that those who love the arts (and want to discuss their meaning in our lives) should be made to realize that finding high quality, provocative fare will mean going beyond what is being pushed at the moment in the mainstream media, hyped-up products such as Finding Neverland among them. Finding nervy and fresh products of the imagination often means poking into the margins, taking a chance by casting aside the safe choices the professional culture-meisters work so industriously to sell you.

Gerald Peary’s fine review of Phyllis Rose’s book The Shelf is a celebration of this restless and adventurous sensibility. According to Peary, Rose “frets about the zillion fine books out there that nobody bothers with. Why their neglect? She reasons that it’s because no one pedigreed has championed them. Well, perhaps she should be the one to step forward with the credentials, the credibility, to uncover some of these lost volumes, proclaim their worth, and, most essential, lead others to them also.” A volume about the search for rewarding fiction that has been neglected is very much what The Arts Fuse is about; there is an enormous amount of valuable art — theater, books, music, visual arts, dance etc — out there. But most of our mainstream arts reporters and critics, who should be looking for and then supporting the off-the-beaten-path gems, serve as ever-smiling flacks for the same old publicized and glittery zircons. Better to go it alone. You may make some compelling discoveries. Tinker Bell may live on belief — but the arts thrive on curiosity. We are here to cultivate yours.