One of drummer Ra-Kalam Bob Moses’s most resonant teachings was that it is better to find the infinite possibilities within a single idea than to keep changing ideas every ten seconds.

Some musicians let their instrument do the talking. Not legendary drummer Ra-Kalam Bob Moses. He can talk about his music – even play it without touching his instrument – for days on end if you let him.

Born in New York City in 1948, Moses has been a commanding local presence for decades. Like the late, great Alan Dawson, he is a remarkable drummer/musician who could be performing all over the world but tends to prefer keeping a low profile here in Boston. Playing with Roland Kirk before he was old enough to vote, he helped pioneer fusion music with Larry Coryell and Gary Burton’s bands in the late ‘60s and ‘70s. Moses and bassist Jaco Pastorius were the amazing rhythm section on Pat Metheny’s debut in 1976. He formed the world music group Mozamba in the mid ‘80s and released a series of progressive jazz albums for Gramavision Records throughout that decade. More recently, he has self-produced a series of recordings in his own home.

Moses appeared at an event called An Afternoon with Ra-Kalam Bob Moses: Talk, Demonstration + Music, on Sunday, June 29, at the Central Square, Cambridge, studio of Adam M. Sherman, founder of a new nonprofit called Open Circle that seeks to promote music, art, and creative events at alternative venues. Though a series of open mike events over the past two years began to carry the Open Circle imprimatur, Sherman considers the Moses gig to be the initiative’s official launch.

Welcoming and gracious, Moses began speaking while only half of the eventual dozen or so attendees were seated. He talked about his process and philosophy, which he termed “living music,” a state in which music is alive within you at all times, in your head, in your body, when you sing, dance, play in any moment whether or not music is playing externally, whether or not you are at your instrument. It is a state of constant consciousness of music; for this reason, Moses noted, he does not listen to music casually, does not care for it to be playing in the background, because it interferes with his own internal music.

After speaking for awhile, Moses improvised on his drum kit, maintaining a groove so strong that, even when he abandoned his kick drum for a while to focus on his hi-hats, the beat was still felt. At one point in his demonstration he dropped his right stick and, though there was a basket within reach with a plethora of different types of sticks and mallets, he chose to play with his bare band, while maintaining his left stick work. Asked about this choice, among the many choices he had to make throughout his 10-minute or so improvisation, Moses noted that the job of the musician is to “make it work.” A jazz musician especially must be able to respond to the unexpected. On a more practical level, he said, it was time for a change in sound anyway. 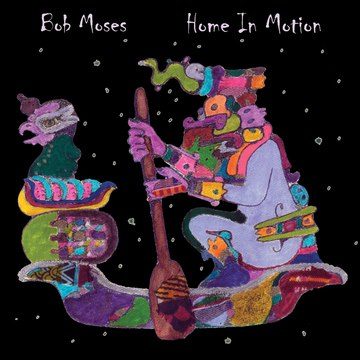 After the virtuoso performance, he took questions. Actually, just one question, mine about his choices. From there he spoke for the better part of an hour, often rising from his kit to stand before us and sing/scat rhythmic examples. Music, to Moses, is both a spiritual and a physical act. Physically, he employs his voice, hands, and feet – not just at the drums but apart from them as well (“If you can’t sing and dance, how can you play?” he asked rhetorically at one point) – while he noted that his purpose for making music is for his own spiritual healing. He wants, he said, to engage in “karma burning” – to not stay locked in his past but to reach upward and outward to new musical vistas and challenges.

It’s worth noting at this point that “Ra-Kalam” is a spiritual name given to Moses by his teacher, the guitarist/drummer Tisziji Muñoz (pronounced TCG with a stress on the second syllable), who counts among his friends and followers musicians as diverse as Pharoah Sanders and Paul Shaffer. According to Moses, Ra-Kalam means “The inaudible sound of the invisible sun.” Ironic, since Moses is hardly inaudible and simply cannot be ignored.

Nor is he shy of expressing his opinions. Of younger players, including students he has mentored, he complains that “their output is beyond their input;” in other words, they have chops galore but they haven’t developed the art of listening, of holding back and honoring what the music requires of them. “Younger players think if they’re not playing, they’re not doing anything,” he said. “But you don’t know what to play if you don’t hear what others are playing.”

One of his most resonant teachings was that it is better to find the infinite possibilities within a single idea than to keep changing ideas every ten seconds. It’s the difference, he said, between being truly creative and simply having a restless brain. Though he plays “out” and “free” (terms that now seem rather quaint as opposed to being nearly blasphemous half a century ago), and is a master of complex polyrhythms, Moses continued to emphasize the simple, recommending to the audience that they work on two bars at a time, and that a single eighth note can be more beautiful than four thirty-seconds. In his own inimitable manner, he mentioned that he is working on being less “groin-oriented,” to play lighter and more fluidly, making his stick work more horizontal and flowing rather than a violent, up-down attack.

Eventually he took a few more questions, then announced that he would like everyone to play together. Since everyone in attendance was a musician of some sort and Sherman’s studio was filled with a diverse selection of instruments, it took just about a minute for everyone to find something to play. One brave soul named Chris took the keyboard and had to learn on the spot a swinging composition by Moses that he deftly demonstrated, proving himself to be a piano/drum double threat in the tradition of Jack DeJohnette. Another person plugged in his guitar that he brought, the rest of us took up percussion instruments.

Though as a largely self-taught drummer I was probably the least-accomplished player in the room, I managed to take possession of a beautiful djembe and was the willing recipient of insightful tips from Moses, one of which was to abandon my intentional decision to deferentially underplay: “I need all the help I can get,” he said with a self-deprecating smile that we all saw through.

Whatever the quality of the jam, the experience of it was one I will never forget and proved a remarkable close to a fascinating event. The point was not to create great improvisational art, for that was beyond us. The point was to build connection and community by participating in the sharing of the music that was within us. And that might be the lesson that will stay with me the longest.

As for Open Circle, if the Moses gig is any indication of the kind of unique, compelling, and unexpectedly rewarding events that may be to come, support for the entrepreneurial initiative should hopefully grow fast. Sherman has long been a fixture on the Boston music scene, beginning as the lead vocalist for Private Lightning, whose sole album was released on A&M Records in 1980, then The Souls, who made noise at the 1985 Rock ‘n’ Roll Rumble. He released a solo album called Songbird in 2001, mixing originals and covers of Tim Buckley and Nick Drake tunes in a jazzy-trippy stew, and currently teaches voice and guitar while performing with an outfit called Subpar Co-Star. As the head of Open Circle, Sherman is giving back to the community in a very promising and exciting way.

Jason M. Rubin has been a professional writer for 29 years, the last 14 of which has been as senior writer at Libretto, a Boston-based strategic communications agency. An award-winning copywriter, he holds a BA in Journalism from the University of Massachusetts Amherst, maintains a blog called Dove Nested Towers, and for four years served as communications director and board member of AIGA Boston, the local chapter of the national association for graphic arts. His first novel, The Grave & The Gay, based on a 17th-century English folk ballad, was published in September 2012. He regularly contributes feature articles and CD reviews to Progression magazine and for several years wrote for The Jewish Advocate.